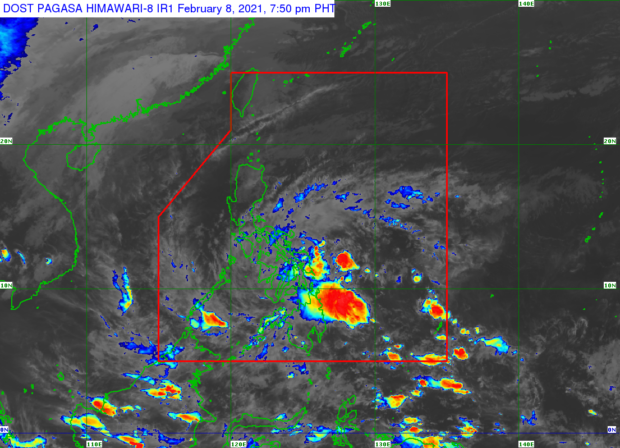 MANILA, Philippines — A low-pressure area (LPA) off eastern Mindanao will cause overcast skies and isolated rains and thunderstorms over the region as well as in the Visayas from Monday night up to Tuesday.

This was the forecast issued by state meteorologists on Monday afternoon, as they located the LPA 175 kilometers east of Davao City.

According to the Philippine Atmospheric, Geophysical and Astronomical Services Administration (Pagasa), even the Bicol Region, Mimaropa, and some areas in southern Quezon province will likely experience cloudy skies and rain during the same period due to the LPA.

For this, Pagasa advised residents in Bicol, Eastern Visayas, Davao Region, and the Caraga Region to exercise caution as flash floods and landslides may be possible.

The northeast monsoon or amihan, on the other hand, will still bring light rain and cold weather over northern Luzon, particularly Cagayan Valley and the Cordillera Administrative Region, while the rest of Luzon will have generally fair weather.

Meanwhile, Pagasa said a gale warning over waters in the extreme northern Luzon, which includes the entire coast of Ilocos Norte, the northern seaboards of Cagayan Valley, and the whole Batanes and Babuyan Islands.

Fisherfolks were advised against heading out to sea because sea conditions will likely be rough to very rough. As for Visayas and Mindanao, Pagasa said waters will remain moderate except during the occurrence of thunderstorms caused by the LPA.