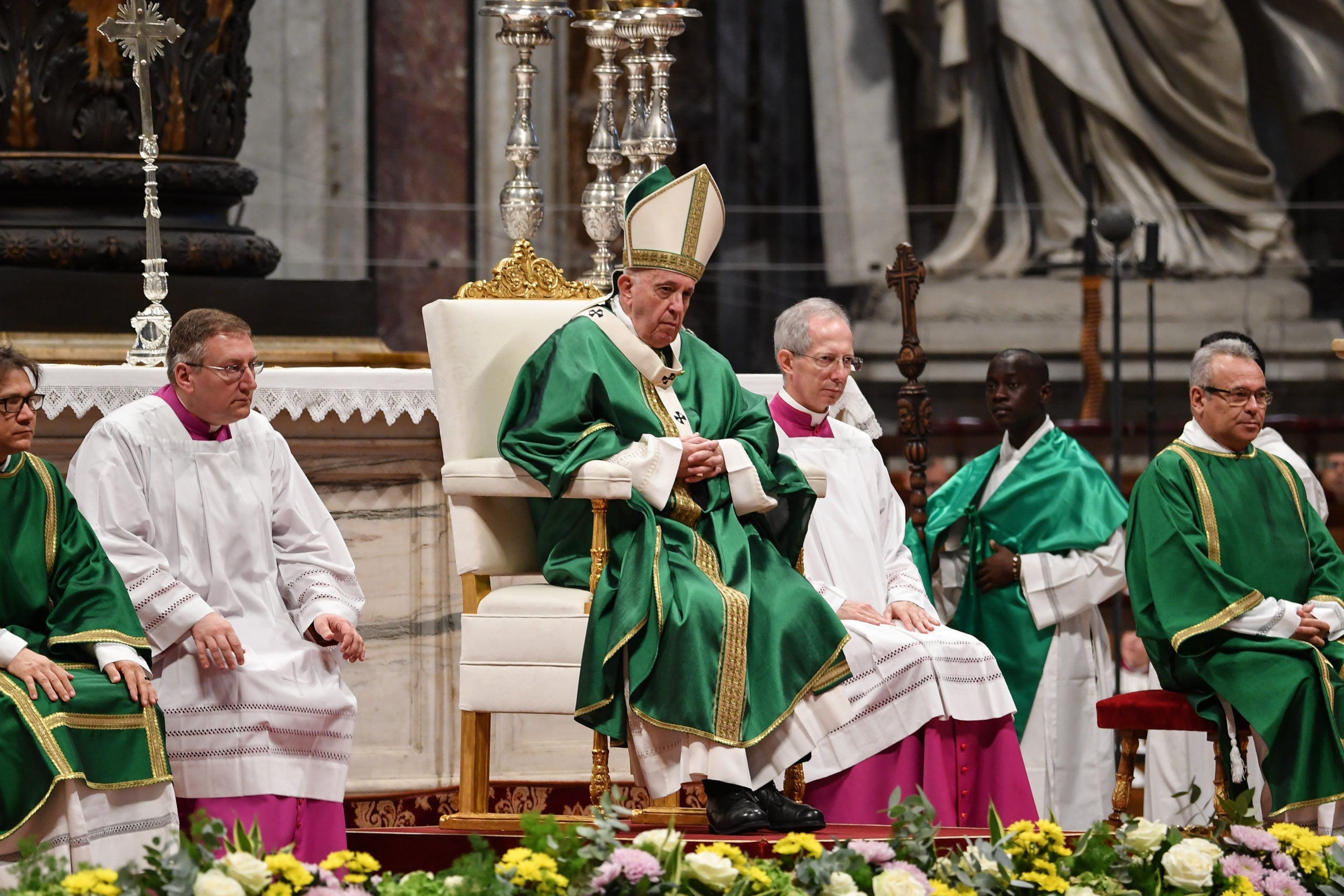 (FILE) Pope Francis celebrates the closing Mass of the Synod on Amazonia on October 27, 2019, at the Saint Peter’s Basilica in the Vatican. (Photo by Andreas SOLARO / AFP)

VATICAN CITY, Holy See Breaking with tradition, Pope Francis Saturday appointed Frenchwoman Nathalie Becquart as an undersecretary of the synod of bishops, the first woman to hold the post and have voting rights.

The 52-year-old is one of the two new undersecretaries named to the synod, the body of bishops that studies major questions of doctrine and where she has been a consultant since 2019.

The appointment signals the pontiff’s desire “for a greater participation of women in the process of discernment and decision-making in the church,” said Cardinal Mario Grech, the secretary-general of the synod.

“During the previous synods, the number of women participating as experts and listeners has increased,” he said.

“With the nomination of Sister Nathalie Becquart and her possibility of participating in voting, a door has opened,” the cardinal said.

The synod is led by bishops and cardinals who have voting rights and also comprises experts who cannot vote.

The Argentinian-born pope has signaled his wish to reform the synod and have women and lay people play a greater role in the church.

The pope also named Spaniard Luis Marin de San Martin as the other under undersecretary in the synod of bishops.

Becquart, a member of the France-based Xaviere Sisters, has a master’s degree in management from the prestigious HEC business school in Paris and studied in Boston before joining the order.