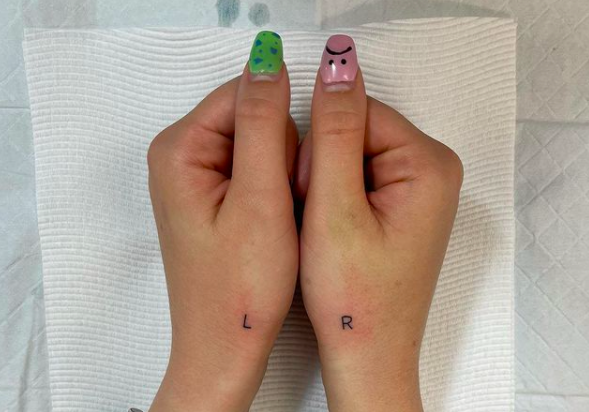 A woman who is admittedly often struggling with directions, like many others, had quite a unique yet practical solution on how to distinguish left from right.

D’Kodia Laine, 23, decided to have “L” tattooed over her left hand and “R” on the other to make navigating a lot easier for her, as per Daily Mail Australia yesterday, Feb. 4.

Laine, a communications student in Canberra, Australia, had his tattoo done by artist Lauren Winzer at the famous Hunter & Fox Tattoo studio, who shared the ink on Instagram.

“Not only are tattoos cute, but they can also be super functional !!! [laughing emoji] good luck with all ur future directions happy to help guide you @dkodia,” Winzer posted on Feb. 3.

“I just got a lot of laughing back and [messages like] ‘oh you were being serious!'” Laine was quoted as saying, sharing that her friends found it hilarious.

Laine also told the news outlet that her boyfriend was also “grateful that now he won’t get secondhand embarrassment” whenever she confuses left with right.

On how she came up with the tattoo idea, Laine recalled that she was assigned as the navigator for her group of friends during a scavenger hunt at a party last year, the report said.

She admittedly gave their driver “a few wrong turns,” which prompted one of her friends to draw an “L” and an “R” on her hands, which she joked about getting tattooed—and she did.

“It started as a joke but it’s actually super useful and I don’t look dumb making an L with my fingers to figure it out,” Laine was quoted as saying. Ian Biong /ra