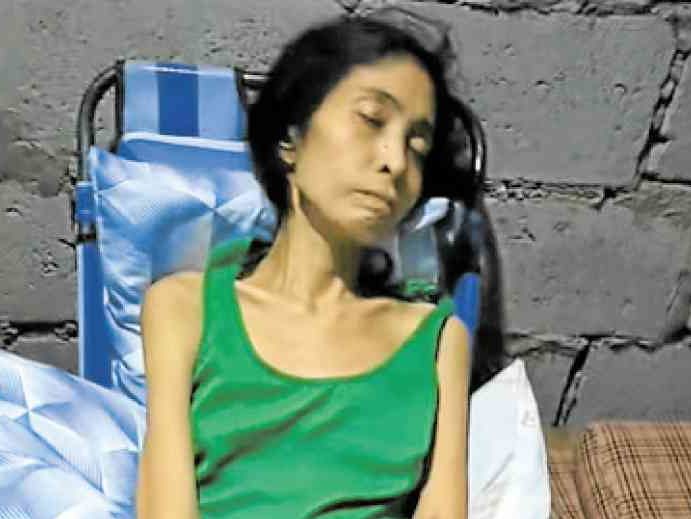 Mary Grace Rizaldo spent her 40th birthday in the hospital last month after being admitted for a recurring stomachache and nonstop fever.

Her sister Laarni Trinidad Pongpong said that what they thought was stomach ulcer was later diagnosed by the doctor as intra-abdominal abscess (a collection of pus or infected fluid) after Rizaldo underwent a CT scan and colonoscopy.

Rizaldo was then advised by the doctor to undergo another CT scan to determine if the abscess could be drained without an operation.

But the single mother of five, who used to earn only P5,000 monthly as a house help, could not afford another test, let alone a prolonged stay in the hospital, no matter how painful her stomach was.

So after just a week in confinement, Rizaldo left the hospital even though her health was declining. The hospital staff made her family sign a waiver that they opted to leave due to financial problems.

Currently, Rizaldo is staying at home and getting weaker as she carries the unbearable pain brought by her illness.

“She already looks like a wilted vegetable (lantang gulay). I’m worried that the infection might spread in her body soon,” Pongpong said.

Rizaldo still owes P72,000 to MV Santiago Medical Center in Cavite province for her confinement. She also needs around P18,000 for the CT scan.

Pongpong says she wants her sister to get the treatment she needs, preferably in a government hospital like Philippine General Hospital, if they can get a referral from a doctor.