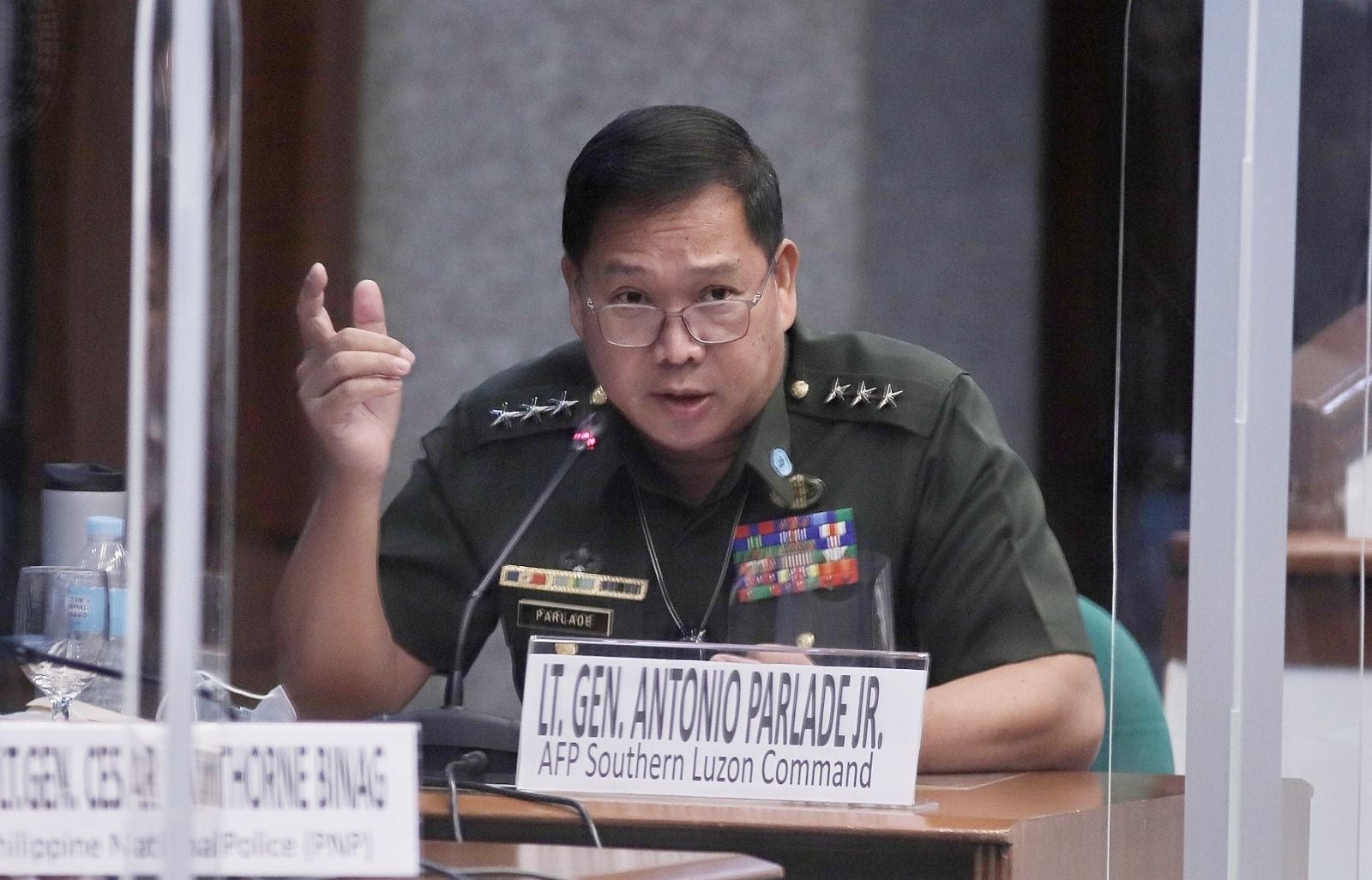 MANILA, Philippines — Several media organizations and other groups have denounced Southern Luzon Command chief Lt. Gen. Antonio Parlade Jr. for his comments against INQUIRER.net reporter Tetch Torres-Tupas over her story on Aetas who filed a petition before the Supreme Court (SC).

Torres-Tupas’ story, entitled “Tortured Aetas seek SC help against anti-terror law,” was a story on the Aetas’ petition that the Anti-Terrorism Act be declared unconstitutional, which was filed as SC heard oral arguments of those against the said law.

“Torres-Tupas was simply writing about the fact that the petition was filed and recounting the allegations made in that petition,” NUJP said in its statement.

“The government has repeatedly issued reassurances that the law will not be used to stifle dissent or to clamp down on the press. But actions and statements by people like Parlade, who will be tasked with implementing the Anti-Terrorism Law, speak louder than those press statements,” it added. 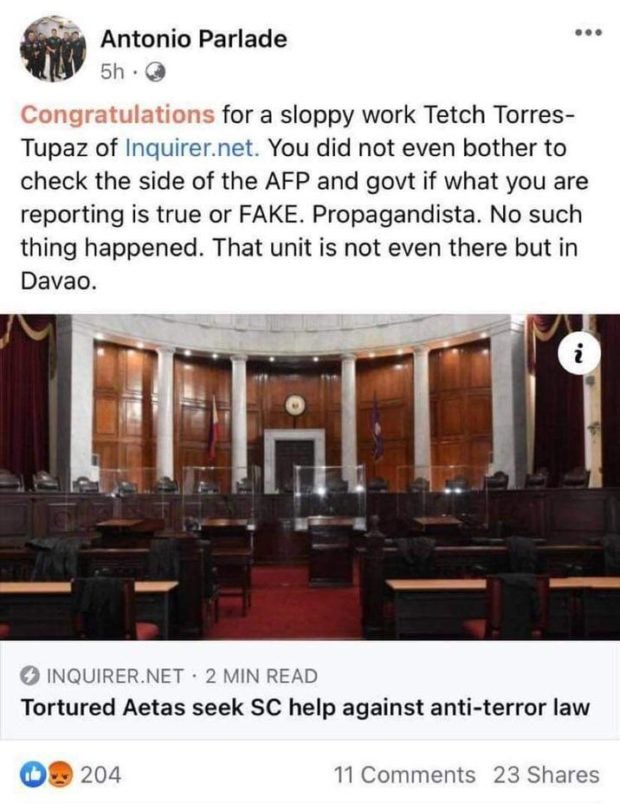 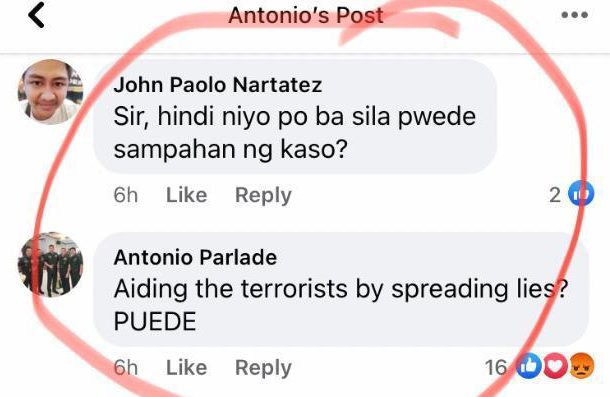 The members of the Justice and Court Reporters Association (JUCRA), which Torres-Tupas is a member, also released their own statement condemning Parlade’s tirades.  According to the group, Parlade should apologize to the journalist, especially as she was only doing her work.

JUCRA also asked whether the rest of the members should await a similar threat from Parlade, especially since the story was written and published by most, if not all, of their members.

“Parlade did not only red-tag Tupas, but he also threatened her with prosecution just because he did her job, which all of us in JUCRA do every day.  JUCRA members also reported the Aetas’ petition for intervention, based on the same Supreme Court pleading.  Should we all await for a threat from Parlade too?” the statement read.

“Is the general suggesting that justice reporters are supporters of terrorists? […] Parlade’s cluelessness notwithstanding, we demand the general to apologize to Tupas,” it added.

In his post, Parlade questioned whether Torres-Tupas’ sources were allegedly propaganda machinery of the Communist Party of the Philippines (CPP).

Parlade, also an official of the National Task Force to End Local Communist Armed Insurgency (NTF-ELCAC) further said in the comments section, when asked whether a case can be filed against the reporter, that she could be held liable for “aiding the terrorists by spreading lies.”

The military general was referring to a story on two Aetas who were supposedly tortured and fed with feces after being arrested.  But 7th Infantry Division Public Affairs Office chief Maj. Amado Gutierrez maintained that no incident happened during the August 2020 incident.

Lawyer’s group National Union of People’s Lawyers (NUPL), on the other hand, said that Parlade’s actions only validate fears and criticisms against the Anti-Terrorism Act.

“In a grotesque way, he is actually reinforcing and validating the myriad of objections and criticisms against the ATA. This is a big favor he is giving us, which is awfully unwelcome and outrageously unacceptable. Thanks, but no thanks,” NUPL president Edre Olalia said.

Cristina Palabay, secretary-general of rights organization Karapatan, on the other hand, warned that this might have an effect not only against Torres-Tupas but also on every other journalist covering sensitive topics like human rights.

“And while it could’ve been easy to laugh off Paralde’s trollish Facebook posts, his threats against INQUIRER.net reporter Tetch Torres-Tupas — especially in him posing the possibility of charging her through Duterte’s terror law for her report — is a serious and perilous threat not only against her but also against each and every journalist covering human rights issues and concerns,” Palabay said.

“It also, rather clearly, shows the true intent of the terror law: to clamp down on our freedoms and to threaten anyone that stands in the way of this fascist regime,” she added.