In Misamis, memorial to air tragedy eyed as tourism site 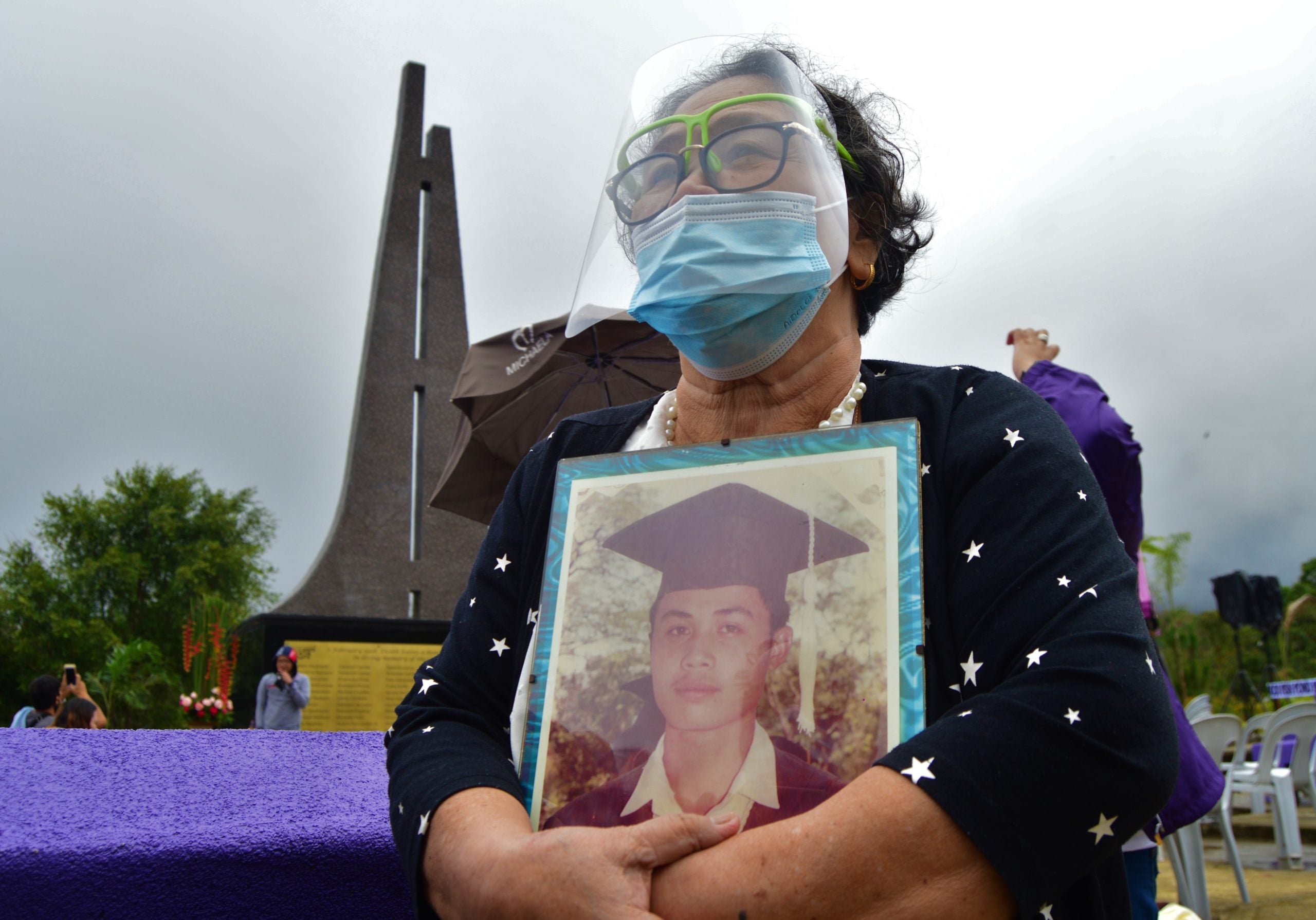 MOTHER’S LOVE Fe Vallejos says her regular visits to the Flight 387 Memorial helped her cope with the loss of her son, Omar Kim (in framed photo), who died in the accident 23 years ago. —JIGGER J. JERUSALEM

CLAVERIA, MISAMIS ORIENTAL—Clutching a framed graduation picture of her son, 71-year-old Fe Vallejos braved the cold on Tuesday morning to visit the memorial to victims of the 1998 Cebu Pacific Flight 387 crash in the borders of this town and Gingoog City.

All 99 passengers and five crew members were killed in one of the worst air disasters in the Philippines.

Vallejos said that through time, she had come to terms with the fate of then 24-year-old Omar Kim, the second of her six children.

What is now the Flight 387 Memorial Park used to be the base camp for search and retrieval operations. Its ownership is being contested by the local governments of Gingoog and Claveria.

There, mangled bodies and body parts were brought from the crash site in the mossy forest to Lumbia Airport in Cagayan de Oro City for documentation and possible identification.

After the mission was officially terminated, a memorial, planned 20 years ago, was eventually put up, with funding support from the office of then Sen. Robert Jaworski and then Misamis Oriental Gov. Antonio Calingin.

Its central feature is a 6.09-m (20-ft) shrine which has a wall bearing the etched names of those who died in the crash.

Every year, the nongovernment organization Balay Mindanaw holds commemoration rites in the shrine to keep alive the memories and the lessons of the accident.

The site has also become a regular destination for off-road bikers and mountaineers wanting to scale Mt. Sumagaya and nearby Mt. Balatukan.

But things changed when a national highway was built, snaking through the ranges of the two mountains from the coastal town of Villanueva and across the hinterlands of Claveria to Gingoog.

The road opened the shrine to more visitors, and tourist facilities began to sprout along the route, capitalizing on the place’s beautiful scenery and nippy weather. 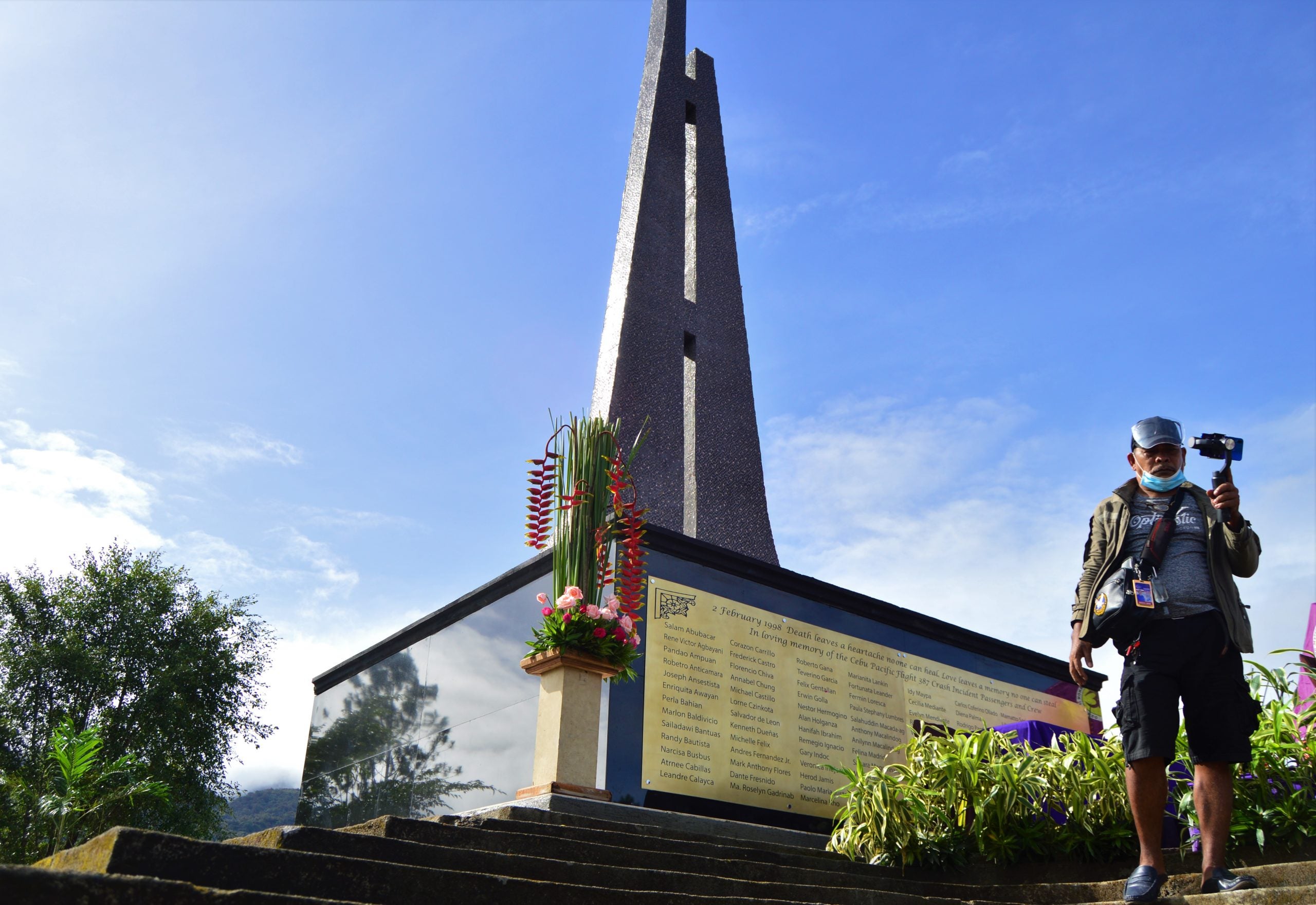 REMEMBERING The former base camp for search and retrieval operations for the victims of the 1998 Cebu Pacific Flight 387 crash has been transformed into a memorial in the boundary of Claveria town and Gingoog City in Misamis Oriental. The base of the shrine features a wall where the names of the 104 passengers and crew who died in the crash are etched. —JIGGER J. JERUSALEM

Misamis Oriental Gov. Yevgeny Vicente Emano said he also wanted the memorial to be a place for people to enjoy nature and peek into the rich ancestral legacy of the Higaonon tribe.

A project to build a tourism complex there was launched on Tuesday, the 23rd anniversary of the crash. It will have coffee shops, fruit stands, camping areas, flower gardens, and other amenities that would promote food, historical and cultural tourism.

Provincial tourism officer Jeffrey Saclot said the tour facilities when completed, will provide Claveria and Gingoog with another viable source of income.