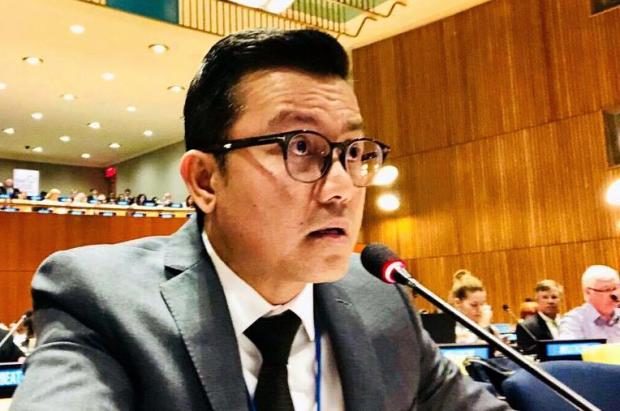 MANILA, Philippines — The Senate should give the proposed economic amendments to the Constitution a chance and allow the public to decide on whether or not they will be adopted, Ako Bicol Partylist Rep. Alfredo Garbin Jr. said Wednesday.

Garbin, who chairs the House committee on constitutional amendments, made the remark after his panel adopted Resolution of Both Houses No. 2 (RBH 2) despite critics questioning its timing especially as the country continues to grapple with the coronavirus pandemic.

RBH 2 seeks to amend specific economic provisions of the Constitution.

(Our call is for the Senate to give this a chance so we can give the decision to the public who truly owns the Constitution, settle this through a plebiscite.)

“If we hear their voices and if we think of the good of the country and the benefit of the Filipino people, sana pagbigyan itong panukala na ito na amyendahan yung restrictive economic provisions ng ating Konstitusyon,” he added.

(If we hear their voices and if we think of the good of the country and the benefit of the Filipino people, I hope we can give this proposal to amend the restrictive economic provisions of the Constitution a chance.)

According to Garbin, there have not been any formal meetings set between the House and Senate regarding the proposed economic cha-cha.

However, Garbin said Speaker Lord Allan Velasco has been giving updates to the upper chamber regarding the status of the matter in the House.

(I hope they can give it a chance because, in a representative democracy, we should throw this to the public. We cannot just oppose this, we should look at how this will benefit the country.)

But what if the Senate does not push through with the economic cha-cha? For now, Garbin said the House has no “Plan B”.

(For us here in the House, the directive of the Speaker is to settle this in the plenary, have a debate, and meet the mandate of getting three-fourths vote of all of House members.)

(Once we meet that requirement as stated in the Constitution, we will transmit it to the Senate and they can decide and think about it.)

So far, the Senate has conducted one hearing on the proposed cha-cha. No date has been set yet for further hearings regarding the matter.