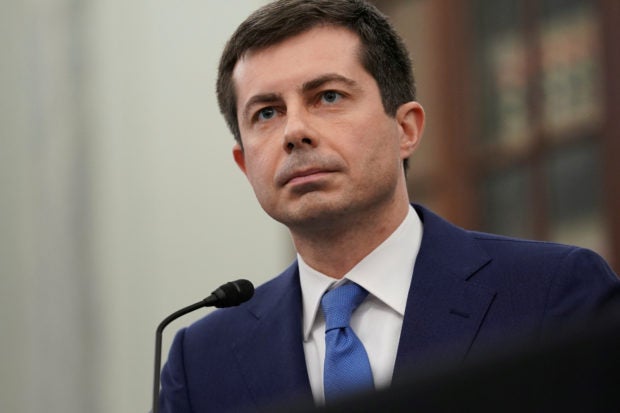 WASHINGTON — Pete Buttigieg was confirmed by the U.S. Senate on Tuesday on an 86-13 vote to head the U.S. Transportation Department, the first openly gay U.S. Cabinet secretary confirmed by lawmakers.

Buttigieg, the former mayor of South Bend, Indiana, who challenged Joe Biden for the 2020 Democratic presidential nomination, will oversee aviation, highways, vehicles, pipelines and transit, as well as efforts to ensure safe transportation in the face of the COVID-19 pandemic. He will take a key role in a White House effort to dramatically ramp up infrastructure spending.

“I’m honored and humbled by today’s vote in the Senate—and ready to get to work @USDOT,” Buttigieg wrote on Twitter.

Senator Maria Cantwell said Buttigieg understands the extent of significant unmet U.S. infrastructure needs, which she said the government has underfunded by at least $1.5 trillion over the last decade.

“He dealt with infrastructure where the rubber meets the road, managing state, federal, and local resources, to help build infrastructure in his community,” Cantwell said.

Buttigieg will face questions about how to oversee the introduction of more drones, self-driving cars and other advanced technologies, as well as overseeing efforts to boost aviation safety after two fatal Boeing 737 MAX crashes.

Biden, who entered the White House on Jan. 20, has proposed $20 billion in additional government assistance to help U.S. transit systems struggling with a massive drop in ridership amid the COVID-19 pandemic.

Transit unions and a group representing transit systems on Monday asked for nearly $40 billion in government assistance, while other transportation interests have collectively sought more than $70 billion in additional government help.

Congress has allocated $39 billion in emergency funding for transit systems, including $14 billion approved last month, and $65 billion in government loans and bailouts to U.S. passenger airlines. Lawmakers awarded $12 billion to airports and $2 billion to the Amtrak passenger train service.

Buttigieg must decide whether to fund a planned $13 billion tunnel connecting New York and New Jersey in the heavily traveled Northeast rail corridor and whether to greenlight congestion pricing in Manhattan.

Biden wants to boost spending dramatically on U.S. infrastructure and vows to raise fuel economy standards that were slashed under former-President Donald Trump and to replace the government’s vehicle fleet with electric vehicles.

Toyota Motor Corp, Fiat Chrysler Automobiles and other automakers on Tuesday abandoned support for Trump’s legal effort to bar California from setting its own vehicle emissions rules as a major auto trade group called for a compromise in fuel economy requirements.

Under Trump, Richard Grenell served as acting director of National Intelligence, the first openly gay person serving in an acting capacity in a cabinet-level position.