Oral argument on Anti-Terrorism Act to finally push through Tuesday 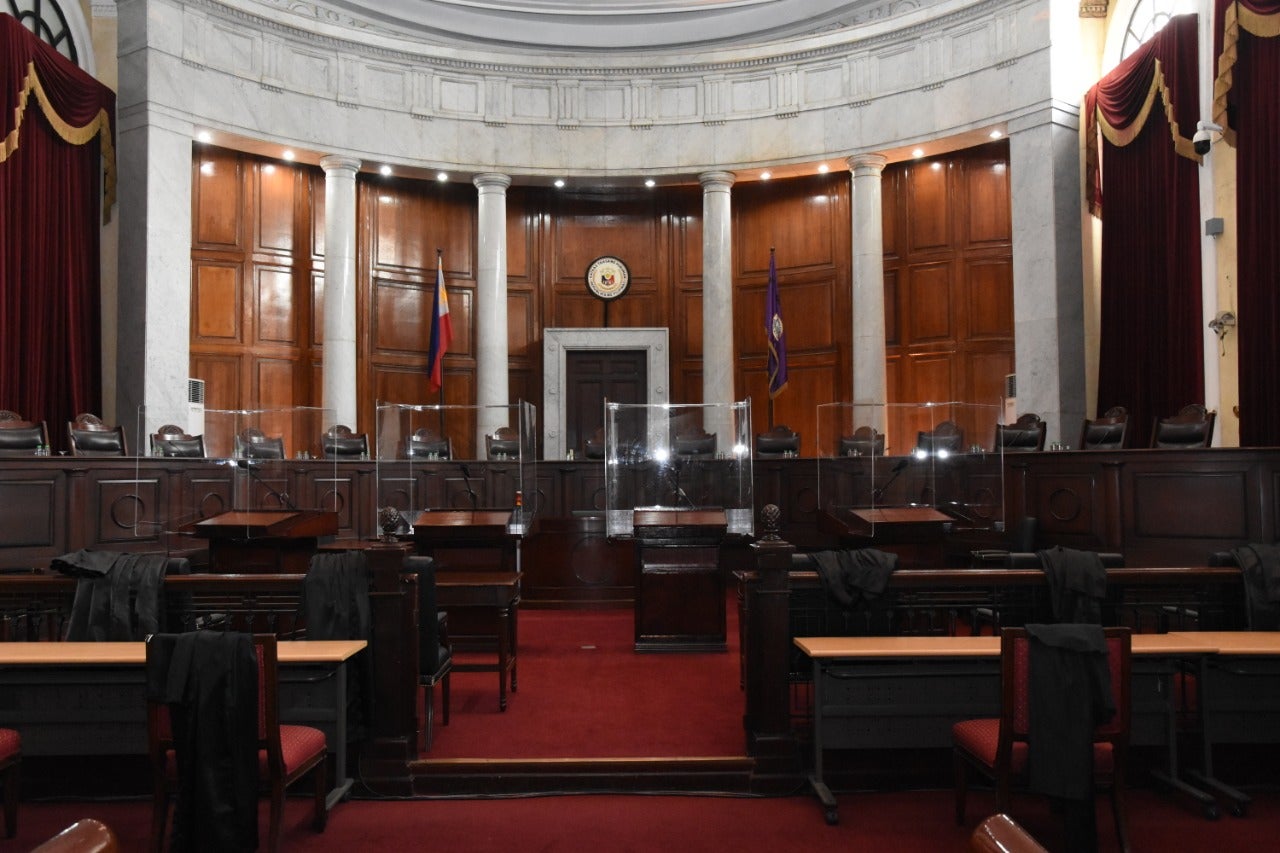 Inside the Supreme Court session hall for the oral argument on the Anti-Terrorism Act. Photo from SC Public Information Office

MANILA, Philippines — Finally, the oral argument on the most contentious law, the Anti-Terrorism Act, will push through Tuesday beginning 2:30 p.m.

Solicitor-General Jose Calida will lead the government in defending the legality of the law against seven representatives of those contesting the law. Calida will be joined by five others from the Office of the Solicitor General.

There are a total of 37 petitions filed against the law. The petitions were filed by framers of the 1987 Constitution, human rights advocates, lawyers groups, members of the academe, religious organizations, and individuals who have been a victim of red-tagging.

Most of the petitions are also asking the Supreme Court to issue a restraining order on the implementation of the law and the drafting of the Implementing Rules and Regulations (IRR).

The highly contested provisions of the law are the following:

Originally, the oral argument was set for the third week of September but with the continuous filing of petitions, it was rescheduled.

Then, in November, the high court set the oral argument for Jan. 19, 2021, but because Calida informed the high court that Covid-19 downed an assistant solicitor and some staff, it was again moved to Feb. 2.