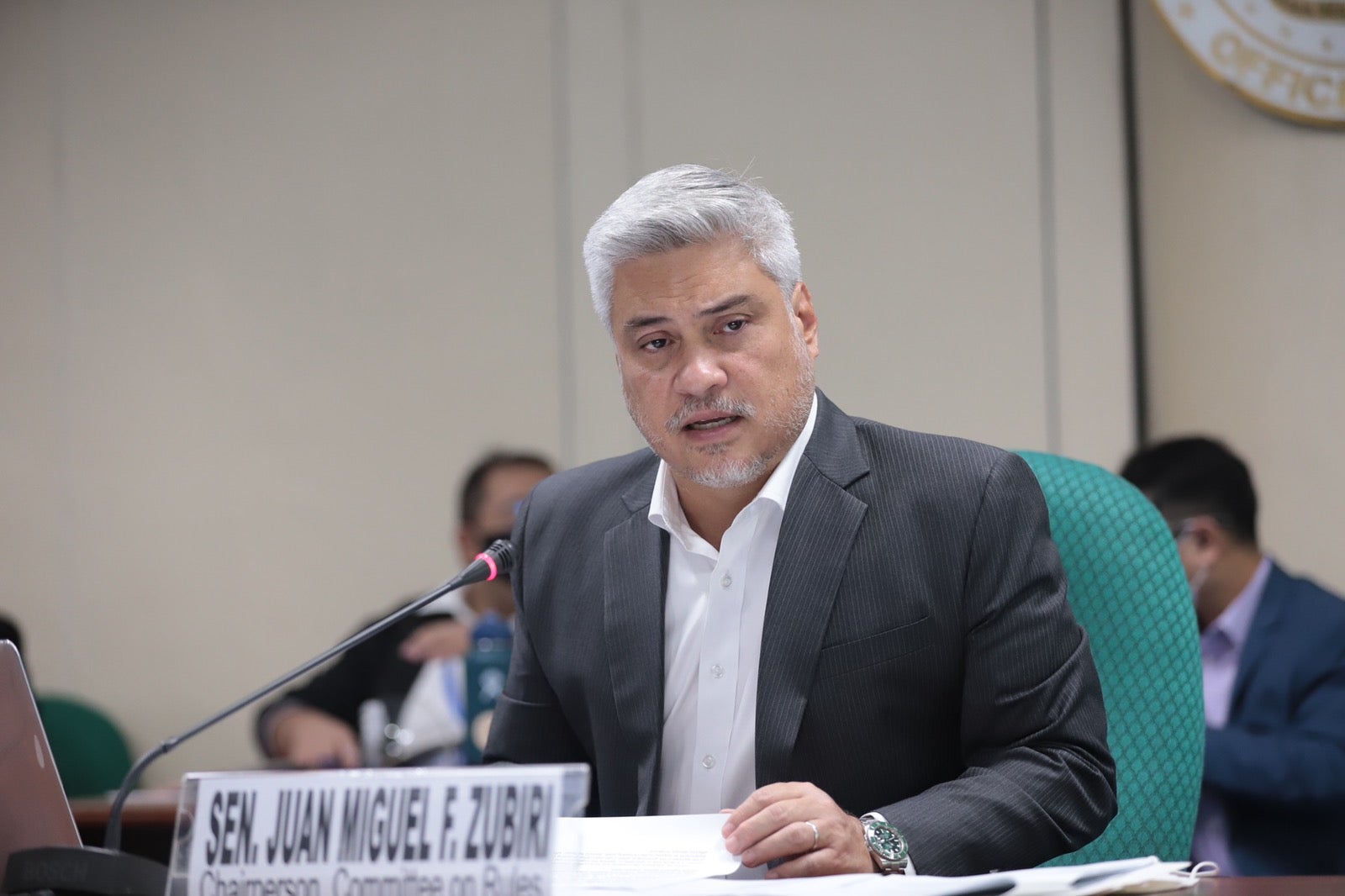 ZUBIRI PRESIDES RULES COMMITTEE HEARING: Senate Majority Leader Juan Miguel “Migz” F. Zubiri presides over the hybrid hearing of the Committee on Rules, Monday, February 1, 2021. The committee discussed which bills to prioritize with the bill on the rightsizing of the national government and various proposals seeking the creation of new departments filed in the Senate. Senate PRIB photo / Henzberg Austria

MANILA, Philippines — The Senate Committee on Rules on Monday has given its go-signal to the chamber’s committees to proceed with hearings on bills proposing the creation of new departments.

In a statement, Senate Majority Leader Juan Miguel Zubiri said his committee has agreed that the bills can be taken up by their respective committees simultaneously.

Once the respective committee reports are filed, an all-member caucus will then be called to discuss their prioritization in the legislative calendar for plenary discussion, according to Zubiri.

In a separate statement, Senator Joel Villanueva also said the rules committee decided to allow several standing committees to proceed with hearing bills on establishing new government departments alongside the proposed rightsizing measure, which seeks to trim the “excess fat” in the bureaucracy.

Monday’s hearing of the rules panel was called upon a motion made by Senate Minority Leader Franklin Drilon in December last year, urging the committee to tackle whether there might be a conflict in priorities that may arise between the rightsizing bill and measure seeking the creation of new agencies.

“The Senate works through a committee system. By practice and tradition, we have long given committees their sole prerogative and discretions regarding matters referred to them. Each committee has its sovereign right to bring out its committee report on a particular measure,” Zubiri said.

Further, he said that it cannot be determined yet if the committee reports would be conflicting with proposals to rightsize the government.

“We cannot prematurely prevent or control a committee in transacting their affairs. The Committee on Rules does not wish to interfere in whatever way with the committee system at work,” Zubiri went on.

“The Senate is a collegial body with a collective decision. On the priorities of the Senate, we will take this up with an all-member caucus to discuss priorities that will be taken up on the floor,” he added.

Villanueva welcomed the decision of the rules committee and said his labor panel will resume its hearings into bills seeking the creation of an overseas Filipino department.

“The pandemic has exposed the weakness of our policies on [overseas Filipino workers], particularly our reintegration program to help them transition back to the local labor force,” he said.

“We support the principles of rightsizing, especially because we have been raising the issue of unfilled positions and contractuals in government for the longest time. We will do our best to tackle all issues and hear all sides being raised in this particular measure in the Committee on Labor,” he added.

“Who knows that this could be a model for rightsizing done right,” Villanueva further said.