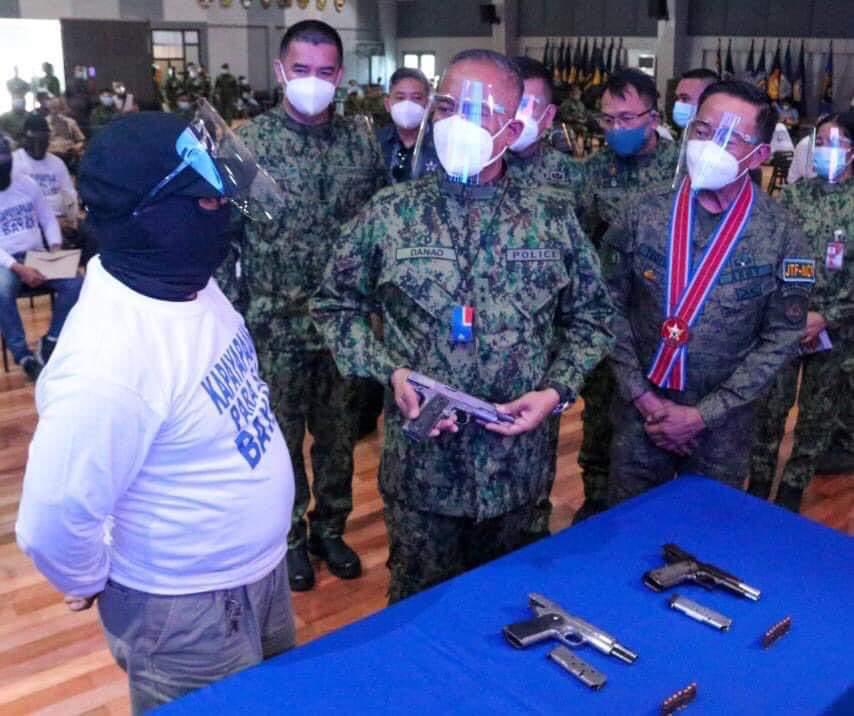 NCRPO Director Vicente Danao talks to one of the self-confessed sympathizers of the NPA.

MANILA, Philippines — Laborers are easy targets of recruitment into the Communist Party of the Philippines and the New People’s Army, says Police Major General Vicente Danao Jr., Director of the National Capital Region.

Some thirty self-confessed CPP-NPA sympathizers, mostly laborers, have surrendered to the NCRPO.

Danao said deception was employed to lure the laborers into joining the CPP-NPA. Danao insisted that the real motive is actually extortion.

“Itong mga ito nagpapakahirap magtrabaho ang mga ito and yet they are forced to give 10 percent of their salary every month, so ito yung kanilang milking cow,” Danao said

Their ultimate goal is the closure of companies or factories, according to Danao, because it would mean bigger cuts from the laborers.

Those who surrendered were given assistance by National Task Force to end Local Communist Armed Conflict.

The recruitment from the labor sector is not just in the NCR but in other regions in the country as well, according to Danao.

Meanhile, the Social Welfare Employees Association of the Philippines (SWEAP-NATIONAL) has formally withdrawn its affiliation with the group COURAGE.

In a two-page resolution, SWEAP National said that its affiliation with COURAGE was put in question in recent years due to the collection of fees and its utilization, as well as the activities being engaged on up to the service provided to affiliate members.