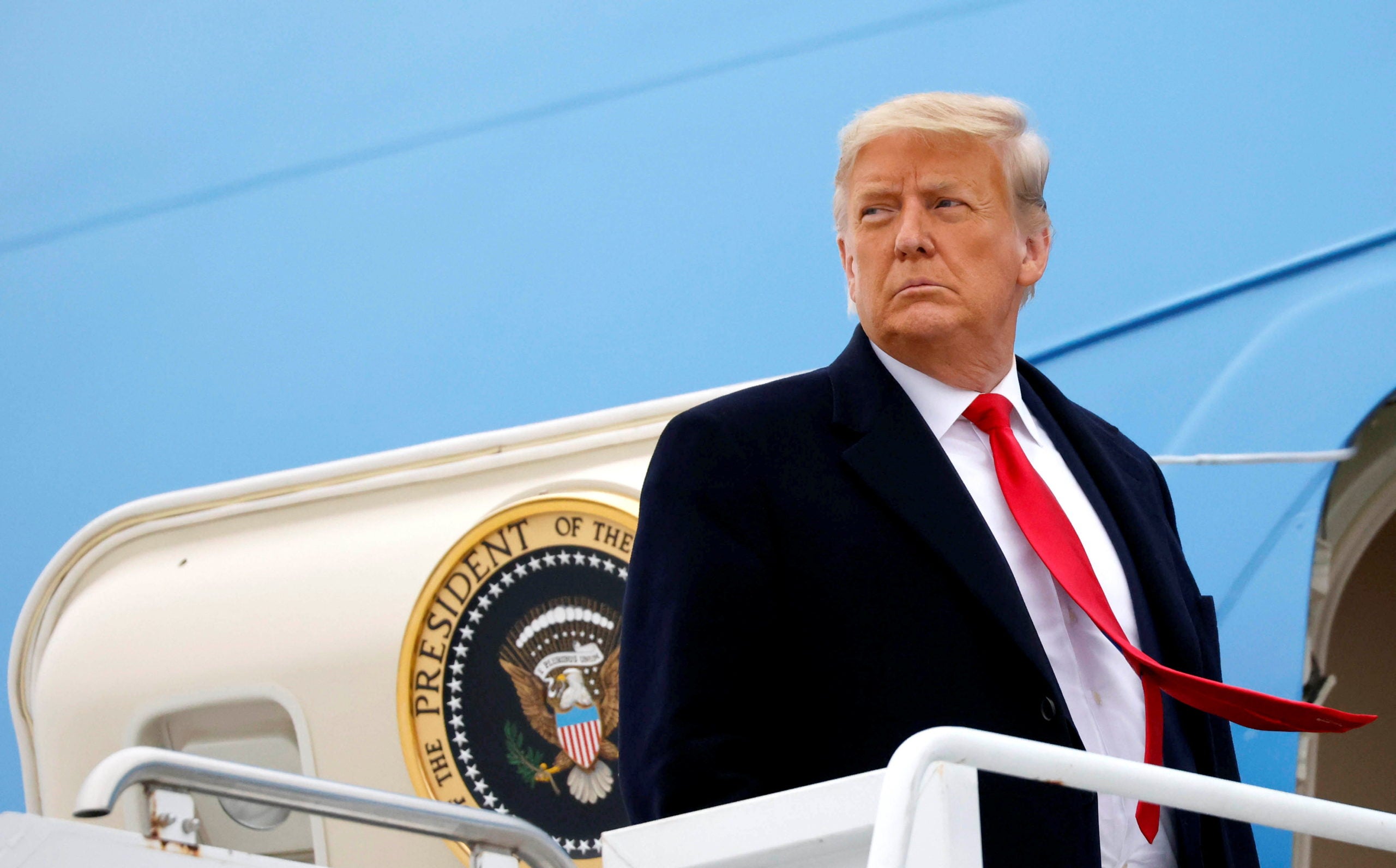 WASHINGTON — Former US President Donald Trump abruptly parted ways on Saturday with the two lead lawyers working on his defense for his Senate impeachment trial, a source familiar with the situation said, leaving Trump’s legal strategy in disarray.

Butch Bowers and Deborah Barberi, two South Carolina lawyers, are no longer on Trump’s team, the source said. The source described the move as a “mutual decision.”

Three other lawyers associated with the team, Josh Howard of North Carolina and Johnny Gasser and Greg Harris of South Carolina, also parted ways with Trump, another source said.

A third source said Trump had differences with Bowers over strategy ahead of the trial. The president is still contending that he was the victim of mass election fraud in the Nov. 3 election won by President Joe Biden.

It leaves Trump’s defense team in turmoil as he prepares for a trial starting on Feb. 9 to consider an article of impeachment passed by the House of Representatives charging Trump with inciting the Jan. 6 storming of the U.S. Capitol by his followers.

It was unclear who would now represent the former president at the trial. His White House lawyers at his first impeachment trial last year, Pat Cipollone and Patrick Philbin, are not expected to be a part of the proceedings.

“The Democrats’ efforts to impeach a president who has already left office is totally unconstitutional and so bad for our country,” said Trump adviser Jason Miller.

“In fact, 45 senators have already voted that it is unconstitutional. We have done much work, but have not made a final decision on our legal team, which will be made shortly,” Miller said.

Forty-five Senate Republicans backed a failed effort last Tuesday to halt Trump’s impeachment trial, in a show of party unity that some cited as a clear sign he will not be convicted of inciting insurrection at the Capitol.