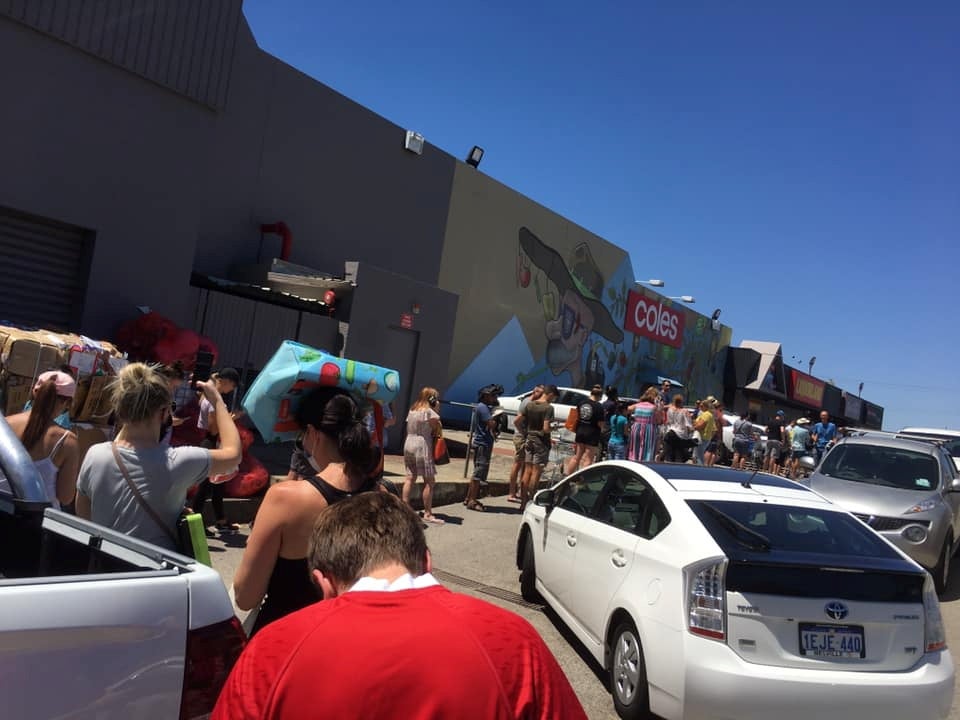 Shoppers line up outside Coles Supermarket during the COVID-19 pandemic in North Perth, Australia January 31, 2021 in this image obtained from social media. Twitch @Travisty_James via REUTERS

SYDNEY — The Australian city of Perth was ordered into lockdown on Sunday after a security guard working in hotel quarantine tested positive for COVID-19, ending the country’s longest coronavirus-free run.

From Sunday evening until Friday, people in the city of 2 million must stay home, except for essential work, healthcare, grocery shopping or exercise, with visits to hospitals and nursing homes banned, said Western Australia state Premier Mark McGowan.

Australia’s fourth-most populous city had recorded no cases of the virus for 10 months, and Australia just hours earlier had announced 14 days without a locally acquired infection.

Restaurants, cafes and cinemas were ordered shut in Perth and surrounding areas were ordered shut, while a scheduled return from summer school holidays was extended by a week, after the security guard returned a positive test late on Saturday, McGowan said.

The vast, largely isolated state has been known in Australia for a hardline COVID-19 response that included keeping its border closed to the rest of the country until recently when it reopened to some regions.

“I know for many Western Australians this is going to come as a shock,” McGowan told a hastily scheduled news conference. “We cannot forget how quickly this virus can spread, nor the devastation it can cause.”

The security guard, aged in his 20s, was working at a hotel where four people in quarantine had active cases of the virus, including with highly contagious strains that have been linked to Britain and South Africa, the health authorities said.

The man had a second job with an unspecified ride-sharing company but had not worked his driving job since reporting symptoms on Thursday. Other people in the man’s household had tested negative but were put in isolation and were expected to test positive in the coming days, they said.

The lockdown affected four-fifths of the population of Australia’s geographically biggest state, and the rest were asked not to travel. People from other states, only some of whom were recently allowed back into the state, were again asked to stay away.

The police would set up road checkpoints to question people’s movements, Police Commissioner Chris Dawson told reporters, adding that the police would also enforce a new rule requiring people to wear masks in public indoor spaces and on public transport.

Australia has had its borders closed since March to slow the spread of the illness that has infected 29,000 in the country and killed 909.

State governments have closed internal borders for the first time in a century, an effort to keep the virus out that has at times resulted in terse exchanges between state leaders over disagreements about people’s ability to move around the country.

New Zealand has, however, kept its border closed to Australia.