US first lady to help reunite migrant kids with parents 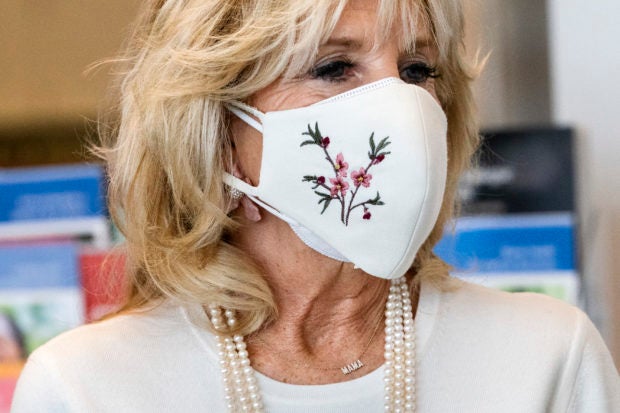 The task force will be under the command of Alejandro Mayorkas, who is due to be confirmed by the Senate as head of the Department for Homeland Security on Monday, she added.

Jill Biden, 69, has a doctorate in education and plans to keep teaching at a university close to Washington while her husband serves as president.

In December, she visited a migrant camp in Mexico, close to the border with Texas. “We are a welcoming nation, but that’s not the message that we’re sending at the border,” she said at the time.

Her tone was in marked contrast with her predecessor Melania Trump, who in 2018 visited children who had been locked up by her husband’s policy of “zero tolerance” at the border and who wore a jacket with the logo, “I really don’t care, do u?”

Trump’s government separated hundreds of migrant families, with very young children being taken away from their parents, some of whom were then deported.

The plight of the children,  taken from their parents and locked in detention centers, provoked such an outcry, even from some in the ranks of Trump’s own Republican party, that he was forced to backpedal. A judge later ordered that the families be reunited.

Authorities identified more than 2,700 children who needed to be reunited with their parents.

But the parents of 611 children have yet to be located, according to the American Civil Liberties Union (ACLU).

Most of the parents who were deported remain stuck in their country of origin, the ACLU has said, calling on the US government to allow them to legally return to the United States.