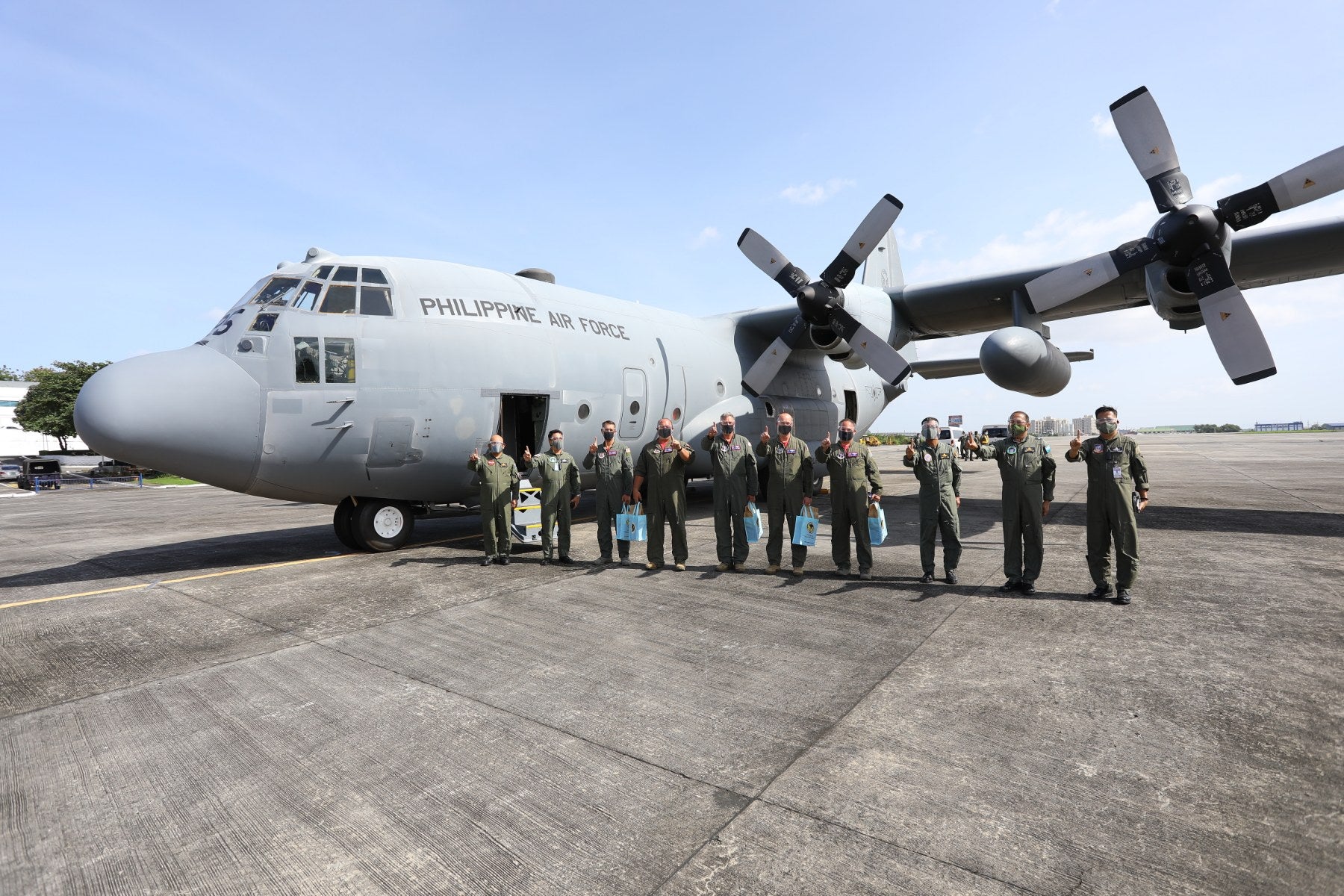 Philippine Air Force on Friday welcomes the first of two C-130H planes from the United States, which were acquired through the US foreign military financing program. PAF

MANILA, Philippines—The Philippine Air Force on Friday welcomed the first of two C-130H planes from the United States, which were acquired through the US foreign military financing program.

A simple arrival ceremony, led by PAF vice commander Maj. Gen. Florante Amano, was held at the Villamor Air Base in Pasay City.

The C-130H, built by US aircraft company Lockheed Martin and with tail number 5125, was welcomed with a water salute, a customary tradition when a PAF aircraft joins the service.

Lt. Col. Aristides Galang, PAF spokesperson, said in a statement that the plane “will provide enhanced capability of heavy airlift missions to support movement of troops and cargoes” for “territorial defense” and “humanitarian assistance and disaster response operations.”

A series of technical inspections will be conducted in the next two weeks before the ceremony to commission the aircraft.

The PAF acquired two refurbished C-130H through a grant from the US Defense Security Cooperation Agency. Both planes cost P2.5 billion but the Philippines would pay only P1.6 billion, while the US would bankroll the rest of the amount, P900 million.