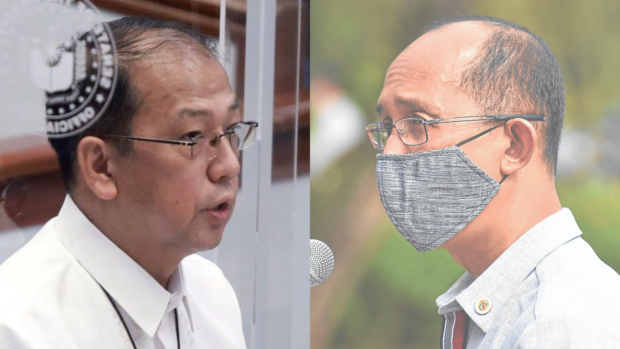 MANILA, Philippines — The government refused to accept the resignation of Baguio City Mayor Benjamin Magalong as contact trazing czar because it would be a huge loss to the government’s response against Covid-19, National Task Force (NTF) against COVID-19 chief implementer and vaccine czar Secretary Carlito Galvez Jr. said Friday.

Magalong’s resignation came after he drew flak for attending a party in Baguio City where he admitted that health protocols were violated.

(It pains us that h submitted his resignation.  He has contributed a lot.)

Galvez said contact tracing is important especially that the government is set to start vaccinating citizens against Covid-19, and adverse effects would have to be monitored.

He defended Magalong’s attendance in the party in Baguio City and urged the public to look at the good intention of the city mayor in attending and “give him the benefit of the doubt.”

“So tingnan natin ‘yung ulterior motive, ‘yung magandang motive ni Sir Benjie on why he is there and we give him the benefit of the doubt sana,” he added.

For his part, testing czar Vince Dizon said Magalong was a “rare breed” of public servant whose integrity is “unquestionable.”

(It is rare to have a public servant who is humble enough to admit his mistakes and shortcomings.)

(His integrity is unquestionable, that is why we find it hard to accept his resignation.  The country needs him.)