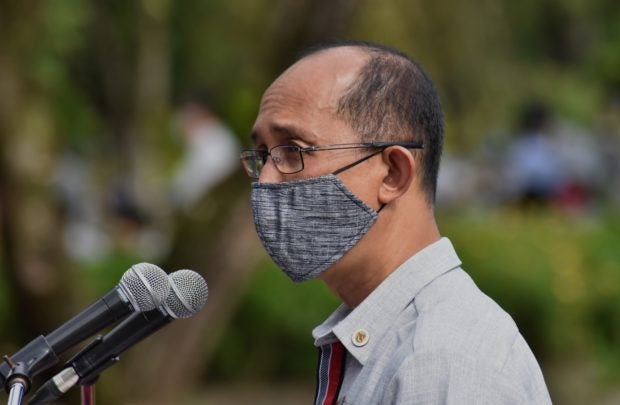 MANILA, Philippines — Baguio City Mayor Benjamin Magalong has resigned as the government’s contact tracing czar, but it was rejected by the National Task Force against Covid-19, Malacañang announced on Friday.

“Mayor Magalong’s resignation, however, has not been accepted.  He continues to enjoy the trust and confidence of the leadership of the National Task Force (NTF) Against COVID-19,” he added.

NTF chief implementer and vaccine czar Carlito Galvez Jr. himself said that Magalong’s resignation was not accepted, citing his contributions in the government’s Covid-19 response.

(It was painful for us when he submitted his resignation paper but we cannot accept it because he has a huge contribution to us.)

Magalong’s resignation came after he drew flak for  attending a party in Baguio City where he admitted that health protocol violations were committed.

As seen in videos posted on social media, guests in the party thrown by social media personality and events host Tim Yap did not appear to observe physical distancing and were not wearing masks.

“In hindsight, being a senior officer of the (National Inter Agency Task Force for COVID-19), I should have done an immediate spot correction of the errors I witnessed (at) the time,” Magalong said in his letter to Galvez.

“Much as I have given my best to discharge my duties for the task force, this is a reminder that a higher standard is expected of me,” wrote Magalong, who was earlier hailed for a fact finding report that found then President Benigno Aquino III accountable for the botched Mamasapano operation where 44 Special Action Force were killed.

But Yap assured that all guests present tested negative of the coronavirus and the gathering was meant to promote local tourism in Baguio City.

It was in July last year when Malacañang named Magalong as the country’s contact tracing czar.