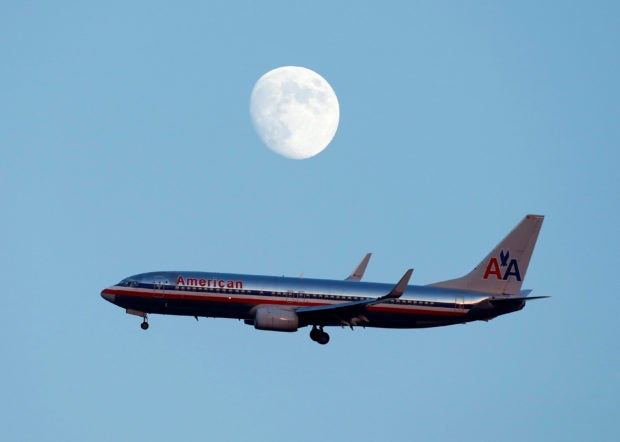 FILE PHOTO: An American Airlines passenger jet glides in under the moon as it lands at LaGuardia airport in New York, New York, August 28, 2012. REUTERS/Eduardo Munoz

American Airlines said on Thursday that its regional carrier PSA had temporarily removed most of its aircraft from service and canceled flights while it works with the Federal Aviation Administration (FAA) to address a maintenance issue.

“Out of an abundance of caution, PSA Airlines has temporarily removed most of its aircraft from service in order to complete a necessary, standard inspection on the nose gear door,” a spokeswoman said.

She said the issue was discovered earlier on Thursday, prompting the cancellation of 230 flights. Inspections are under way on 130 Bombardier jets and some of the aircraft are already set to fly again.

American said PSA was working to inspect the remaining jets and resolve the issue as soon as possible.

“PSA Airlines removed a number of its Bombardier regional jets from service after discovering a maintenance item that required immediate attention,” the FAA said in a statement.

“The airline voluntarily disclosed the matter to the FAA, and the agency is working with the airline to address the situation,” it said.

PSA is one of three American Airlines’ wholly-owned regional subsidiaries that operate a significant share of the carrier’s domestic flights.