Many of the fake products are machine-made replicas made of conventional textiles and are inferior to the genuine fabrics, said Virginia Doligas, manager of Easter Weaving Room Inc. in Baguio City.

She said the counterfeits were being sold cheaply and had duped many customers. Small business owners selling locally woven fabrics have been affected, she said.

Without protection, the entry of fake products would result in “irreversible damage that is greater than the devastation wrought by the pandemic on the weaving industry,” Doligas told the city council this week. 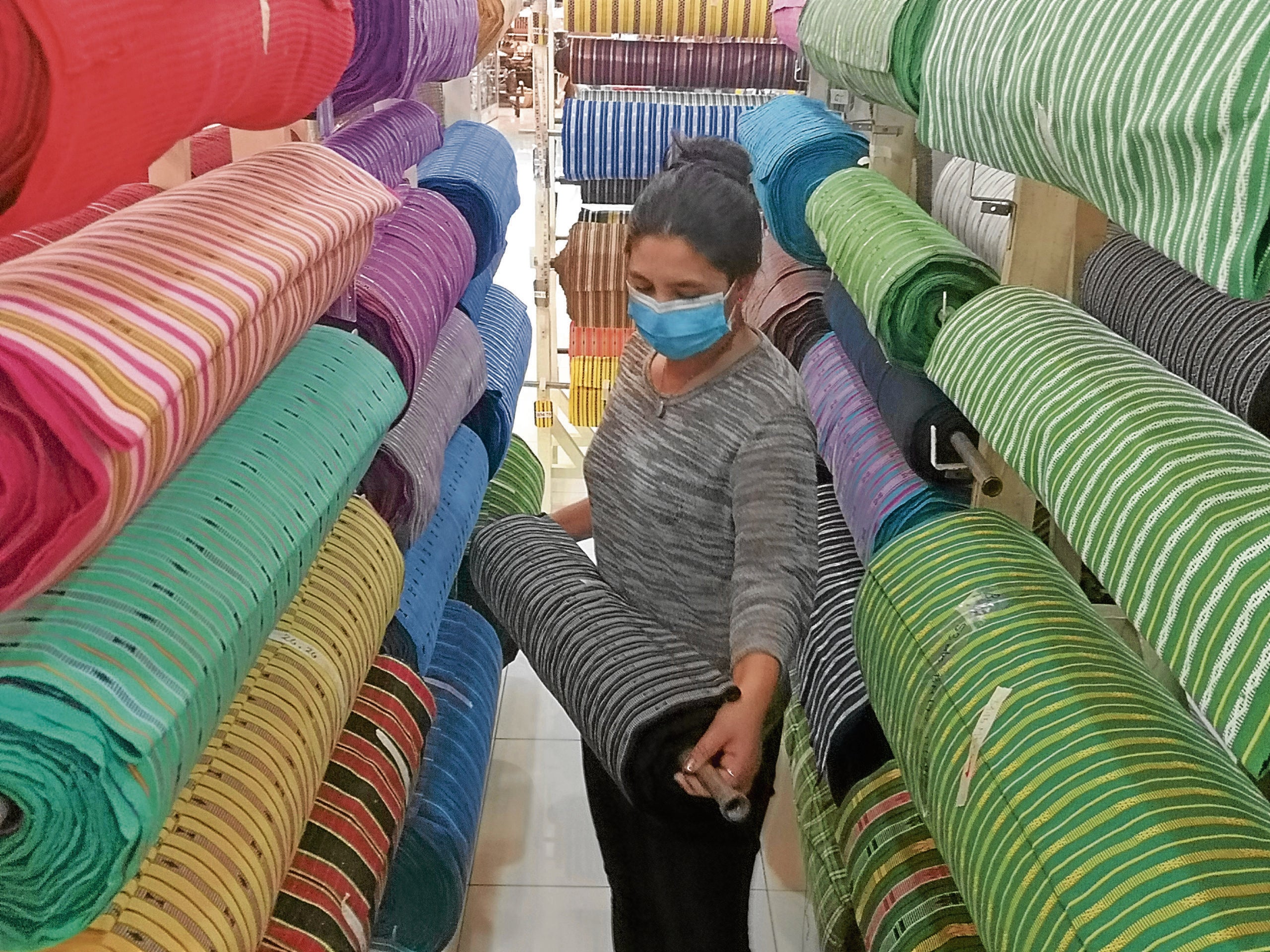 LOOMING THREAT Traditional loom weavers at Easter Weaving Room in Baguio City continue to produce authentic Cordillera textiles, including face masks, to survive the economic impact of the COVID-19 pandemic. Their livelihood, however, is threatened by knockoffs from China now sold in local markets. —EV ESPIRITU

Easter Weaving Room also provides looms to young mothers so they could earn from commissioned work without leaving their homes, Doligas said.

Weaving is one of the crafts for which Baguio was invited in 2017 to join the Creative Cities Network of the United Nations Educational, Scientific, and Cultural Organization.

Baguio then became the country’s first city to be recognized for the economic contribution of its folk art and crafts.

Cultural intellectual properties are shielded by the 1987 Constitution and the Indigenous Peoples Rights Act (Republic Act No. 8371), said lawyer Atanacio Addog, legal officer of the National Commission on Indigenous Peoples (NCIP) in the Cordillera.

He said other international treaties also prevented counterfeit products to flood the local markets as these would infringe on indigenous Filipino rights.

The NCIP has directed shops to stop importing and selling knockoffs as it prepares to sue retailers.

The city council is drafting measures that will prevent companies from “culturally appropriating” or pirating crafts and products generated by Cordillera artisans. —VINCENT CABREZA