Duterte-Duterte in 2022? Paduano sees no issue 'as long as they're qualified' | Inquirer News
Close
menu
search

In a press briefing on Wednesday, members of the House minority bloc were asked about their opinion on the possibility of President Rodrigo Duterte and his daughter, Davao City Mayor Sara Duterte-Carpio, running for the two highest positions in the land in the upcoming polls.

According to Paduano, everybody has the right to right to run for the elections as long as they are qualified under the 1987 Constitution.

“We have all the right, and it is also the right of whoever that will want to tandem, even father and daughter tandem, for as long as they are qualified,” he added.

Paduano said a “Duterte-Duterte” team will “be a test to the credibility and the performance of this administration.”

At the end of the day, however, Paduano conceded that it is the voters who would choose their leaders. 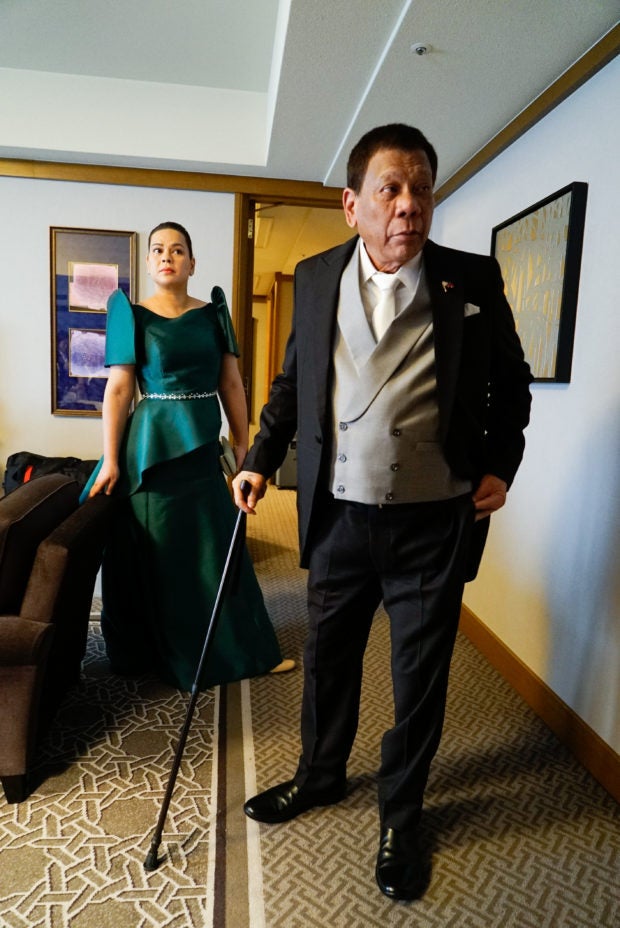 (FILE PHOTO) President Rodrigo Roa Duterte and his daughter, Davao City Mayor Sara Duterte-Carpio, arrive at the Imperial Palace in Tokyo, Japan to witness the Ceremonies of the Accession to the Throne of His Majesty Emperor Naruhito on October 22, 2019. KING RODRIGUEZ/PRESIDENTIAL PHOTO, FILE

For Gabriela Women’s Party Rep. Arlene Brosas, it is still too early to discuss the 2022 elections, especially amid a coronavirus pandemic.

Marikina Rep. Stella Luz Quimbo, meanwhile, said: “the more informed choices, the better.” On the other hand, Ang Magsasaka Partylist Rep. Argel Cabatbat said he would throw his support to politicians who would push for farmers’ welfare.

In January, Duterte said his daughter will not run for the highest government post and that the presidency is “not a woman’s job.”

A recent Pulse Asia survey has shown that Duterte’s eldest daughter is the top choice among names of possible presidential contenders in the 2022 national elections.