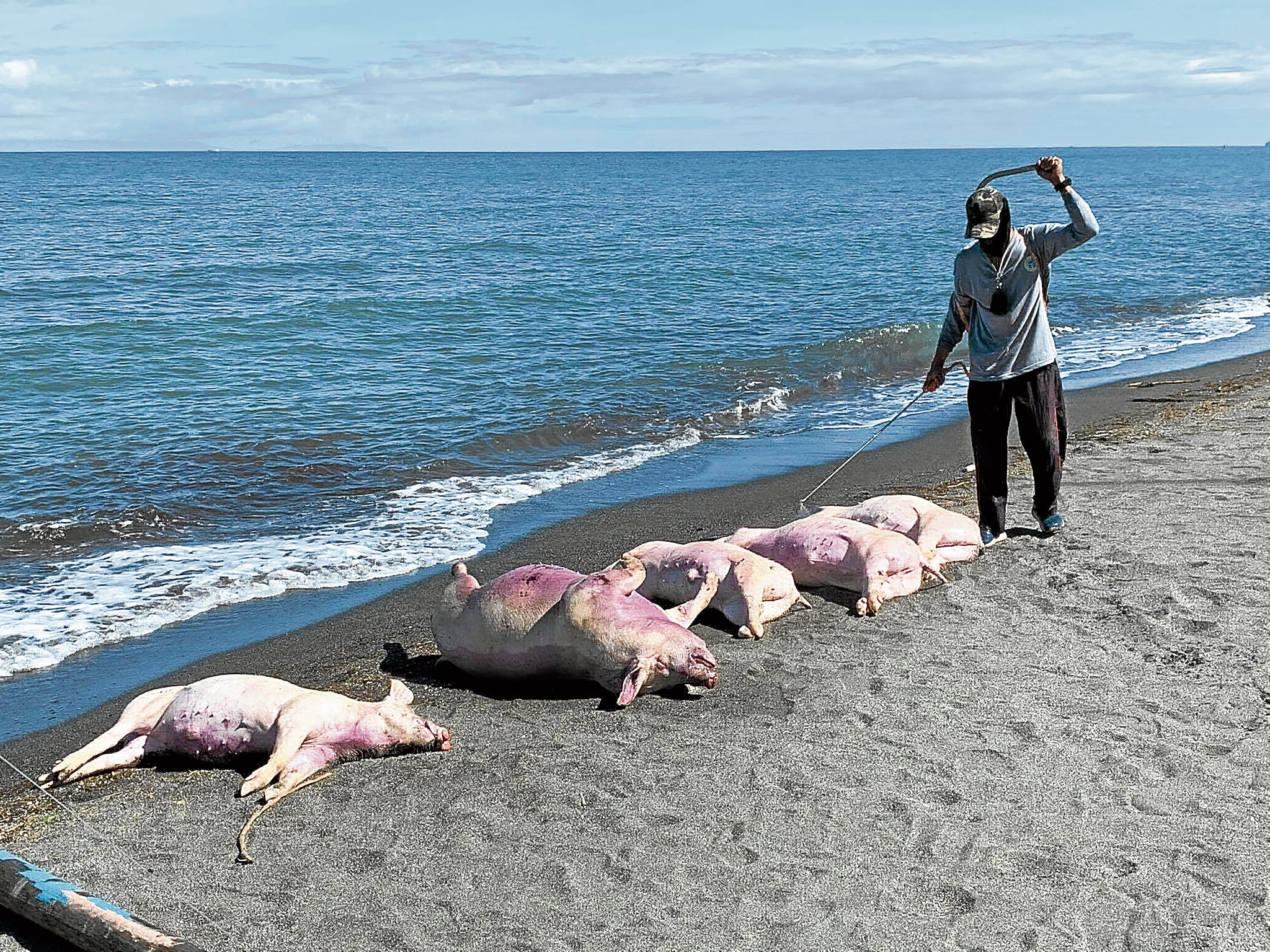 CITY OF CALAPAN—Officials of Naujan in Oriental Mindoro province have appealed to agriculture officials to hasten the release of laboratory findings on tissue samples taken from dead pigs found on their shores this week to ease fears of residents that African swine fever (ASF) had reached the town.

The carcasses of at least 17 pigs, many already rotting, have been fished out of the waters in different villages around Naujan since Monday. The animals were disinfected before these were buried.

Reports reaching the provincial veterinary office showed that at least 15 more dead pigs were found in Pola town. Reports of another five in Calapan City were still being verified.

In a phone interview on Wednesday, Naujan Mayor Mark Marcos said results of the laboratory tests on samples taken on Tuesday would still be validated by the National Meat Inspection Service of the Department of Agriculture in Metro Manila.

“We appeal for faster results because people are in panic,” he said.

Local officials have yet to establish where the pigs came from. Marcos earlier said these could have been thrown into the sea by a passing vessel and that he was studying the filing of a complaint against those responsible for the dumping for violations of environmental laws.

Dr. Alfredo Manglicmot of the provincial veterinary office said tissue samples taken from the dead pigs in Pola were negative for the swine disease.

As the province had yet to record a case of ASF, Manglicmot said he understood the concern raised by backyard hog raisers. “ASF does not affect people,” he stressed.

Read Next
2 dead, 6 hurt in Cotabato blast
EDITORS' PICK
‘NCR Plus’ to be under MECQ starting April 12 until April 30 — Palace
Pru Life UK receives four golden arrows for solid corporate governance
Pre-order the new vivo Y20s [G] to get a free TWS earphone
Malls adjust ‘NCR Plus’ operating hours for April 12-30 MECQ
Speed up your game with the new vivo Y20s [G]
Metro Manila to have shortened curfew hours from 8 p.m. to 5 a.m. under MECQ
MOST READ
Stop ‘creeping occupation’ of ‘militia’ boats in WPS, Pacquiao asks China
Bea Alonzo clarifies status of her relationship with Dominic Roque
Convicted former aide of Sen. Bong Revilla dies — BuCor
Locsin to China: ‘Then move out’
Don't miss out on the latest news and information.