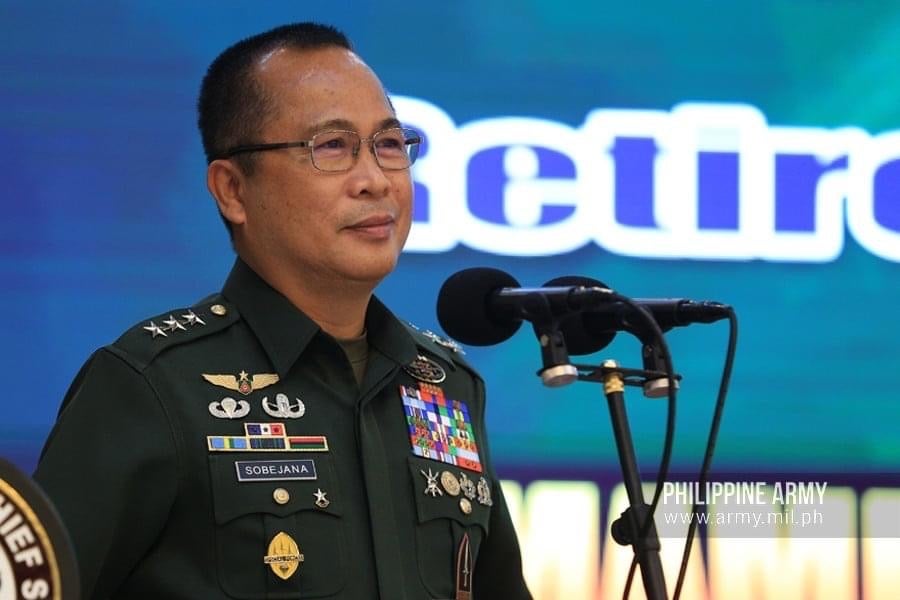 The Armed Forces of the Philippines (AFP) welcomes its new boss, Lt. Gen. Cirilito Sobejana, who was named by President Rodrigo Duterte as the new military chief of staff. OACPA

MANILA, Philippines—The Armed Forces of the Philippines (AFP) on Wednesday welcomed its new boss, Lt. Gen. Cirilito Sobejana, who was named by President Rodrigo Duterte as the new military chief of staff.

Sobejana, the incumbent Army chief, is a recipient of the Medal of Valor, the highest military award for combat. He earned the award after a clash with the Abu Sayyaf Group in Basilan in 1995.

A member of the Philippine Military Academy “Hinirang” Class of 1987, he is known in military circles as “a warrior with the heart of a peacemaker,” said AFP spokesperson Maj. Gen. Edgard Arevalo in a statement.

“Vastly experienced in command and leadership, humble and unassuming, Lt. Gen. Sobejana is highly respected even outside the Philippine Army given his impressive track record in every command he holds,” he said.

Sobejana will replace Gen. Gilbert Gapay, who will retire on Feb. 4 as he reaches the mandatory retirement age of 56.

Like his predecessor, Sobejana will serve only for a short term, with his retirement set on July 31, 2021. He will be the eighth AFP chief under Duterte.