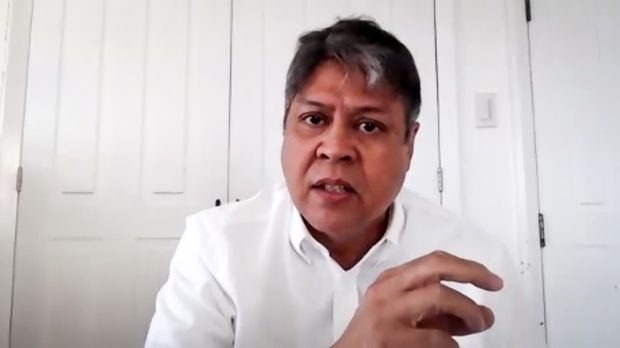 MANILA, Philippines — Senator Francis Pangilinan on Wednesday said there is basis to question in court the unilateral abrogation of the 1989 accord between the Department of National Defense (DND) and the University of the Philippines (UP).

Pangilinan, a lawyer and a UP alumnus, said the reason given by the DND for the abrogation of the decades-old agreement was “a sweeping statement without evidence.”

In a letter sent to UP President Danilo Concepcion dated Jan. 15, Defense Secretary Delfin Lorenzana said the 1989 agreement had been a hindrance to the operations against communist rebels, especially recruitment of cadres in UP.

Lorenzana said the DND “is aware that there is indeed an ongoing clandestine recruitment inside UP campuses nationwide” by the Communist Party of the Philippines (CPP) and its armed wing, New People’s Army (NPA).

“I felt that, legally, the ground to terminate was not established based on the accord itself,” Pangilinan went on.

RELATED STORY: Explainer: The 1989 UP-DND accord

“So, there is basis to bring this matter to the courts. I think in the end, let’s exhaust all legal remedies to be able to resolve the dispute,” he added.

Nevertheless, Pangilinan said both parties should try their best to resolve the issue through a dialogue.

“It begins with dialogue, kung maaaring ‘wag nang dalhin sa korte at mapag-usapan ng maayos [as much as possible, we can avoid bringing this issue to court if we can talk about it nicely], this would really be a step in the right direction,” he added.

On Tuesday, the Senate adopted a Pangilinan-led resolution urging the DND and UP to hold dialogues to revisit the 1989 accord.