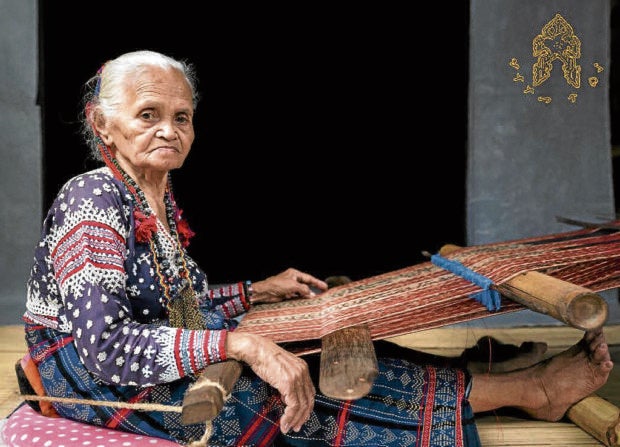 ‘MANLILIKHA NG BAYAN’ The late B’laan ikat master weaver Yabing Masalon Dulo, who received the Gawad sa Manlilikha ng Bayan Award or the National Living Treasure in 2016 from the National Commission for Culture and the Arts, will be honored for her life and works by the South Cotabato provincial board. —NATIONAL MUSEUM OF THE PHILIPPINES

KORONADAL CITY—Renowned folk artist Yabing Masalon Dulo, known for her mastery of colorful ikat weaving and a revered teacher and elder in her B’laan tribe, died of a still undisclosed illness on Tuesday at the age of 106.

“She died peacefully in her sleep,” Dulo’s grandson, Arthur Gulili, told the Inquirer in a phone interview.

“Her peerless mastery of the B’laan Mabal Tabih is manifest in her impeccable work. For many years, Yabing Masalon Dulo has been a teacher and cultural elder among her kith and kin,” the National Commission for Culture and the Arts (NCCA) said in a statement.

“Her exemplary oeuvre has brought pride to her community, animating the interest of many young B’laan in their remarkable cultural heritage,” it said.

Ikat is a decorative technique used to pattern textiles, in which warp or weft threads, or both, are tie-dyed before weaving.

In recognition of her ikat weaving artistry, the NCCA named Dulo as a recipient of the Gawad sa Manlilikha ng Bayan Award (Gamaba) or the National Living Treasure in 2016. But the B’laan weaver was formally awarded only in October 2018, along with six other national artists.

A “venerable ikat-dyer [which] has a memory sharper than blades,” was how traditional art scholar Marian Pastor-Roces described Dulo in an essay about her.

With the assistance of her grandniece Arjho Cariño Turner, Dulo briefly became a mentor to weaving students in the nearby village of upland B’laan in Lamlifew, Malungon, Sarangani.

This stint led to her trip to Manila in 2009 to participate in the Asean Textile Symposium at the National Museum of the Philippines.

Dulo was one of two Gamaba awardees from the province. The other was National Artist Lang Dulay, a master t’nalak weaver from Lake Sebu town who died of an illness in 2015 and was buried with full military honors.

The provincial board is expected to pass a resolution honoring the life and works of Dulo, according to Argie Ryan Asaria, senior tourism operations officer of the South Cotabato Tourism, Arts and Culture Office.

Asaria said a Panaflex signage featuring Dulo and Dulay would be installed at the provincial capitol and the cultural and sports gymnasium in Koronadal City. —BONG S. SARMIENTO WITH INQUIRER RESEARCH INQ