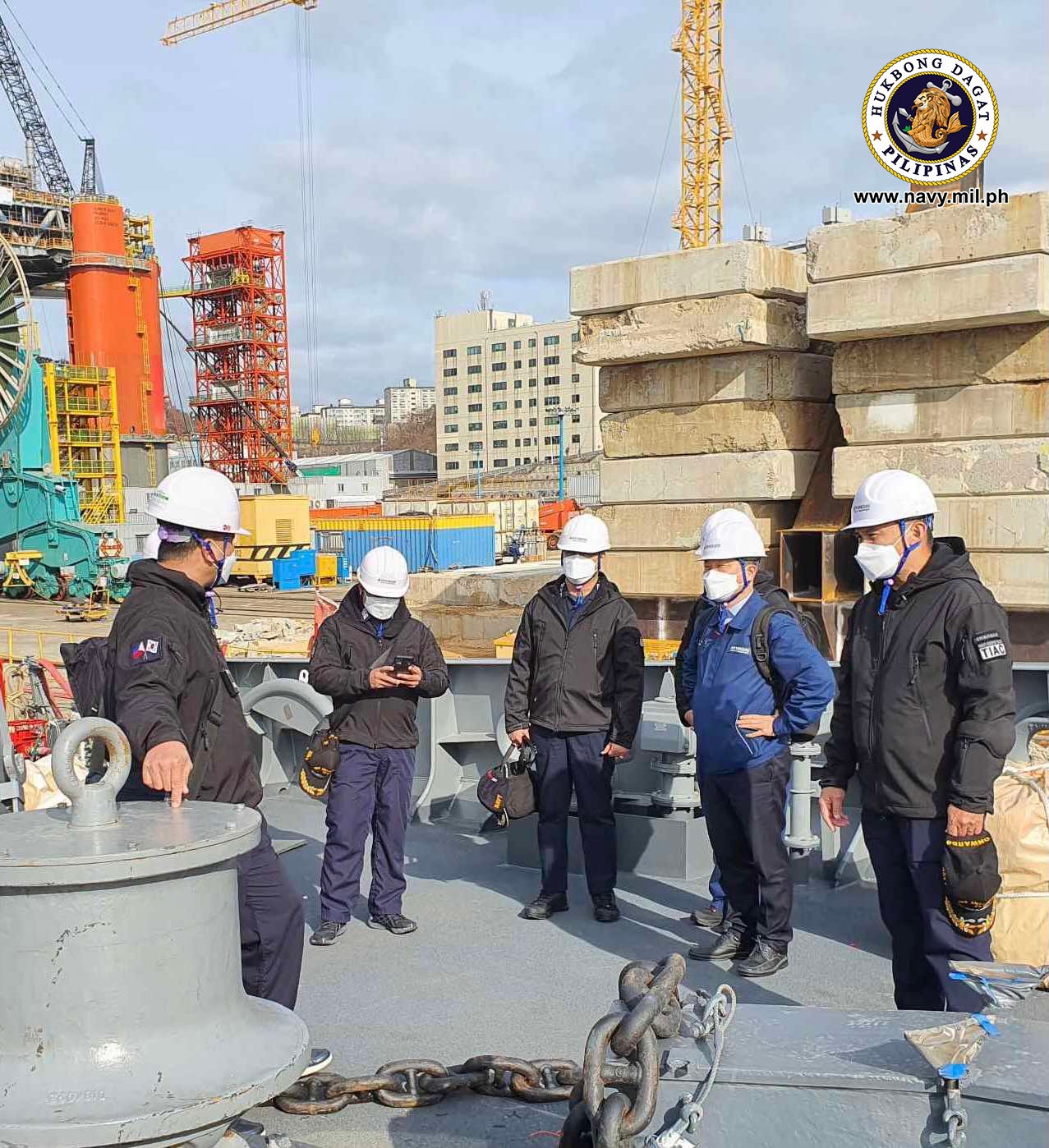 Final inspections for the future BRP Antonio Luna are currently being conducted by the technical inspection and acceptance committee at Hyundai Heavy Industries (HHI), the ship builder, in its shipyard in Ulsan, South Korea. NPAO

Final inspections for the ship are currently being conducted by the technical inspection and acceptance committee (TIAC) at Hyundai Heavy Industries (HHI), the ship builder, in its shipyard in Ulsan, South Korea, according to Commander Benjo Negranza, Navy spokesperson, in a statement.

The inspection, headed by TIAC chair Rear Admiral Alberto Carlos, will check from Jan. 25 to 30 the contractor’s compliance with the requirements in building the second warship.

The final inspection for PH Navy’s future BRP Antonio Luna in Hyundai Heavy Industries in Ulsan, South Korea, started yesterday Jan. 25 and will end on Jan. 30. It’s expected to sail home to the Philippines a few days after the conclusion of the inspection pic.twitter.com/h40g6Kp4PU

If the ship was found to have met technical and build specifications, it could sail home to the Philippines as early as Feb.5, INQUIRER.net learned from sources.

The COVID-19 pandemic had delayed some training activities and integrated logistics support deliveries for the new warship.

The future BRP Antonio Luna is the second of two 2,600-ton missile-capable frigates built by HHI for the Philippine Navy. Its sister ship, the BRP Jose Rizal, was delivered and commissioned last year.

The Philippine government had signed a deal with HHI in October 2016 for two multi-role frigates worth P16 billion. The process to acquire the two new ships wasn’t smooth sailing, however.

The selection of combat management systems and the involvement of Malacanang in some of the documents related to the frigate deal drew national attention and even prompted the Senate and House of Representatives to conduct hearings.

The selection of the combat management systems, described to be the brains of the warships, was one of the contentious issues of the frigate acquisition project because of the Link 16 requirement.

HHI promised in 2017 that Hanwha Systems’ Naval Shield ICMS would be compatible with Link 16 by 2019 or before the first frigate was delivered.

This was not met upon the delivery of the first ship, but the South Korean Ministry of National Defense issued a guarantee instead to resolve it. HHI will shoulder the Link 16 integration costs when the Navy acquires this capability in the future.