LUCENA CITY –– A militant fisherfolk group urged the Duterte administration to strongly condemn Beijing’s recently passed Coast Guard law which they branded as a “severe measure imposed by the Chinese aggressors” and “is virtually a declaration of war” against countries that are legitimate claimants of the Chinese-claimed marine territory. 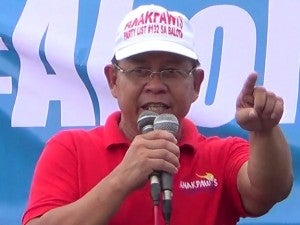 He added: “The Philippine government must decisively denounce this law and protect the Filipinos against Chinese aggressors”.

The law passed by China expressly allows its coast guard to “take all necessary measures, including the use of weapons when national sovereignty, sovereign rights, and jurisdiction are being illegally infringed upon by foreign organizations or individuals at sea.”

“We fervently condemn China’s egregious display of aggression and military might,” Hicap said.

He argued that the measure “contradicts the principle of freedom of navigation recognized by international maritime law.”

The group calls on other claimant countries of the South China Sea to “collectively assert” their respective sovereign rights and promote demilitarization and freedom of navigation in the contested waters.

The Philippines, China, Brunei, Vietnam, Malaysia, and Taiwan have overlapping claims in the South China Sea, one of the world’s most important waterways.

The new China’s law, according to Hicap, “is an affront to the national sovereignty.”

“This is a serious threat to Filipino fishers who would be conducting fishing expedition in our very own territorial waters,” he stressed.

China in recent years had transformed reefs and islands into outposts fitted and equipped with harbors, airstrips, missile shelters, and communication facilities, which expanded its ability to monitor its and rivals’ activities in the South China Sea, which Beijing claims to own.

The 2016 decision by the United Nations-backed arbitral tribunal in The Hague ruled that Beijing’s claims have no basis and its South China Sea construction frenzy is illegal.