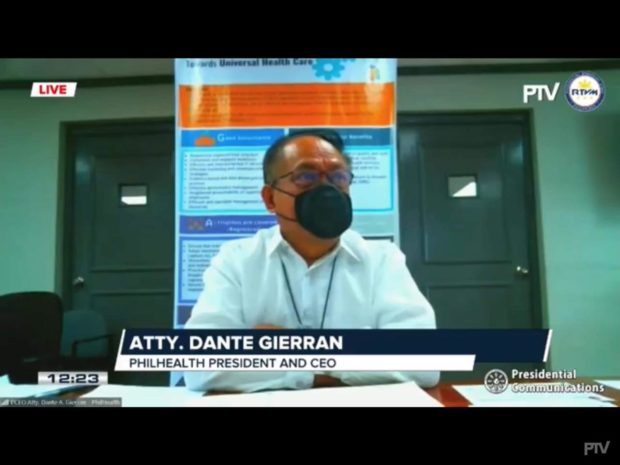 PhilHealth chief Dante Gierran during a Palace briefing on Jan. 26, 2021

(On record, the Senate and the House have instructed PhilHealth to liquidate the funds. As of now, 92% of the funds has been liquidated.)

(I will not allow the money to be lost.)

In August last year, a former PhilHealth official claimed that some P15 billion from the agency has been pocketed by the state insurer’s officials through different fraudulent schemes.

Resigned PhilHealth anti-fraud legal officer Thorsson Montes Keith claimed all members of PhilHealth’s executive committee composed the “mafia,” which had been allegedly defrauding the corporation for the past several years.

He referred to the “syndicate-like” implementation of interim reimbursement mechanism, the procurement of “overpriced” information and communication technology equipment.