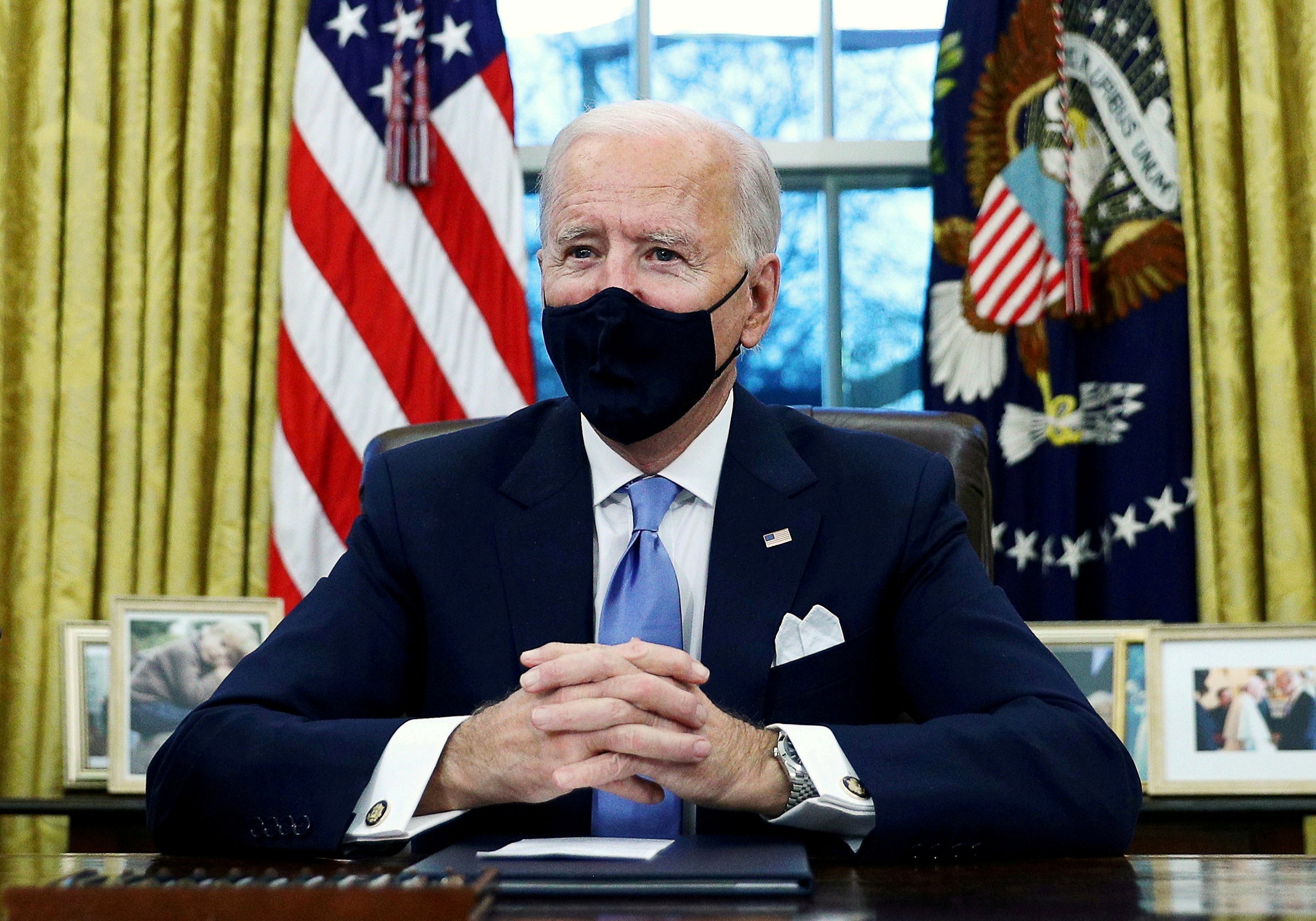 FILE PHOTO: U.S. President Joe Biden signs executive orders in the Oval Office of the White House in Washington, after his inauguration as the 46th President of the United States, U.S., January 20, 2021. REUTERS/Tom Brenner

WASHINGTON — President Joe Biden on Monday signed an executive order that overturned a controversial ban by his predecessor on transgender individuals serving in the U.S. military, a move cheered by LGBTQ advocates that fulfills a campaign promise.

“It’s simple: America is safer when everyone qualified to serve can do so openly and with pride,” Biden said on Twitter after the signing.

When Trump announced the ban in 2017 on Twitter, he said the military needed to focus on “decisive and overwhelming victory” without being burdened by the “tremendous medical costs and disruption” of having transgender personnel.

Austin in a statement said he supported the move and would immediately take action to ensure that transgender people are eligible to enter the military.

The U.S. Supreme Court ruled that the Trump transgender policy of 2019 could stand while it faces separate lawsuits in lower courts.

About 1.3 million active personnel serve in the U.S. military, Department of Defense data shows. There are no official figures on the number of trans members but the Rand Corp, a U.S. policy research institute, estimated in 2016 about 2,450 active service members were transgender.

‘COUNTING DOWN TO THIS DAY’

“The greatest military in the world will again value readiness over bias, and qualifications over discrimination,” said Alphonso David, president of the Human Rights Campaign, the largest lesbian, gay, bisexual, and transgender civil rights organization in the United States.

But the fact that any president can decide whether transgender people can serve in the military is problematic, advocates said. Any American who is fit and able should have the right to serve, they argue.

“We must make sure that future presidents do not backslide on our values of equality and inclusion, and I intend to add a provision to this year’s defense policy bill to secure a permanent policy of nondiscrimination for our armed forces,” said Congresswoman Jackie Speier, Chair of the House Armed Services Military Personnel Subcommittee.

Nic Talbott, a transgender man, was forced to drop out of the Army Reserve Officers’ Training Corps (ROTC) due to Trump’s ban. On Monday, he said Biden’s move had given him and other transgender people an opportunity to once again join the military.

“I know there are thousands of other people out there just like me who have been counting down to this day, waiting to be able to start our careers and start our lives.”

Once the order is implemented, Talbott said he plans to enter another ROTC.