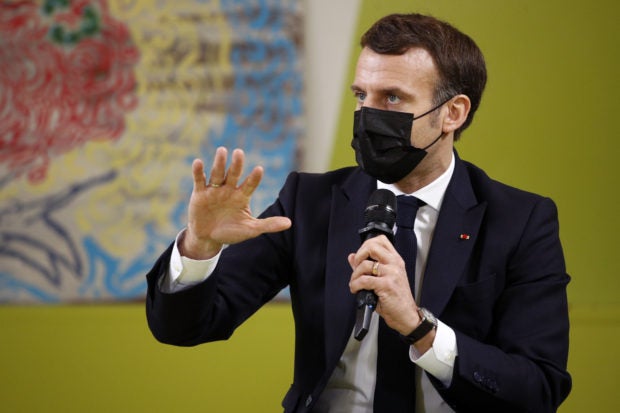 PARIS, France – French President Emmanuel Macron and new US President Joe Biden are in agreement on climate change and how to fight coronavirus, the Elysee palace said on Sunday.

The two leaders spoke for the first time since Biden’s inauguration in a telephone call Sunday and also discussed “their willingness to act together for peace in the Near and Middle East, in particular on the Iranian nuclear issue,” the French presidency said.

The pair spoke for about an hour in English, according to members of Macron’s team.

Earlier this week, Macron had lauded Biden’s decision to return to the Paris climate accord.

Former US President Donald Trump formally pulled the United States out of the Paris climate accord in November last year, claiming it “was designed to kill the American economy” rather than save the environment.

It said Biden “stressed his commitment to bolstering the transatlantic relationship, including through NATO and the United States’ partnership with the European Union.”

The call was the US leader’s latest effort to mend relations with Europe after they were badly strained under his predecessor Trump.

The White House said Biden and Macron also discussed cooperation on China, the Middle East, Russia and the Sahel.

Macron had initially attempted to forge a close relationship with Trump, but the two later were frequently at odds over Syria, US tariffs and Trump’s withdrawal from the Paris climate accord — which Biden moved to re-enter on his first day in office.

Biden spoke on Saturday with British Prime Minister Boris Johnson, and the two vowed to deepen cooperation and work together to tackle climate change, the prime minister’s office said.

That call was Biden’s first to a European leader, according to British newspapers.

His first call to any foreign leader went to Prime Minister Justin Trudeau of Canada on Friday, followed by President Andres Manuel Lopez Obrador of Mexico.

Biden has vowed to return to a more traditional US diplomacy built around close ties to the two North American partners, Western Europe and Asian allies such as Japan and South Korea.

Europeans have responded with expressions of relief, tempered by some doubts that the US is as reliable a friend as it was in the past.

Ursula von der Leyen, president of the European Council, said after Biden’s inauguration Wednesday that that quadrennial ceremony had provided “resounding proof that, once again, after four long years, Europe has a friend in the White House.”