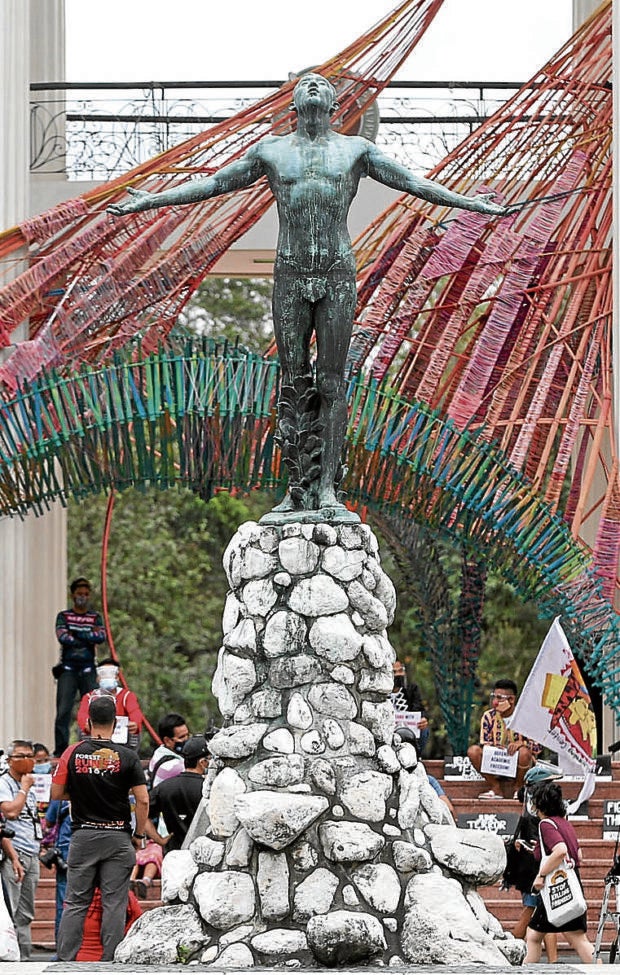 MANILA, Philippines — Aside from publishing erroneous lists of suspected communists, the country’s security forces have also released misleading, if not false, data on criminality on the Diliman campus of the University of the Philippines (UP), alma mater of many of the country’s leaders, lawyers, artists, and scientists.

UP officials issued on Sunday rejoinders to the claim of the Philippine National Police (PNP) that the state university’s Diliman campus had become a hotbed not only of communist rebels but also of common criminals and that Barangay UP Campus was one of Quezon City’s top crime hot spots.

In the first place, UP vice president for public affairs Elena Pernia clarified, the UP Diliman (UPD) campus should not be interchanged with Barangay UP Campus because “UPD” refers to the academic institution headed by its current chancellor, Fidel Nemenzo.

Barangay UP Campus, on the other hand, is only one of eight barangays in Quezon City whose territory also covers parts of the UPD’s 492-hectare campus. The seven other barangays are Barangays Krus na Ligas, San Vicente, Botocan, Culiat, Old Capitol, Pansol and Vasra, some of which are communities of poor and informal settlers, Pernia said.

Security on the Diliman campus itself is managed by the UP Diliman Police as part of the 620-strong Public Safety and Security Office (PSSO), one of the units under the vice chancellor for community affairs, Aleli Bawagan.

Through the years, Bawagan said, the UP Diliman Police has “maintained cooperative relations” with the Quezon City Police District, based in Camp Karingal, and the QCPD Station 9.

“This mutual cooperation … has ensured UP Diliman as a peaceful and drug-free campus environment, where the best minds of the nation are nurtured in freedom and safety,” Bawagan said in a statement.

Bawagan said the 1989 accord signed by former UP president Jose Abueva and former defense secretary Fidel Ramos has kept the peace on the storied campus through the years.

Last year, the PSSO recorded only three drug-related crimes or around 1 to 2 percent of security incidents on the campus, and none of the three involved UP students, faculty, or staff.

Usana, however, admitted that there was a dip in crime in Barangay UP Campus but insisted that “so [too] in other places throughout the country. And we know the main reason in 2020,” referring to the lockdowns due to the pandemic.

He added: “There may be a margin of error but this is very minimal and crimes do exist in the area. One rape case is one case too many in a university setting. This cannot be disputed.”

“The PNP is not in the business of arguing [over] facts on crimes. They (UP) better tell them to the victims of rape, illegal drugs, and other heinous crimes happening within Barangay UP Campus,” he said.

Usana said Barangay UP Campus’ ranking as the 20th barangay with the most number of crimes in Quezon City should be “a cause for alarm if they care enough,” pointing out that the matter was discussed as early as 2019. INQ