Mt. Makiling is a perfect example of nature healing itself fast, in just about a year since the pande­mic lockdown restricted leisure travel and kept human activity inside the forest reserve at bay.

Without the usual trekkers and campers, wildlife took a breather.

Hiking trails are now covered in overgrowth, elusive tarictic hornbills are easily spotted, and cobra sightings have become a commonplace, to name a few indicators of green recovery.

But there is also a downside to it, a grim one at that, said Rogelio Andrada II, deputy director of the Makiling Center for Mountain Ecosystems (MCME). 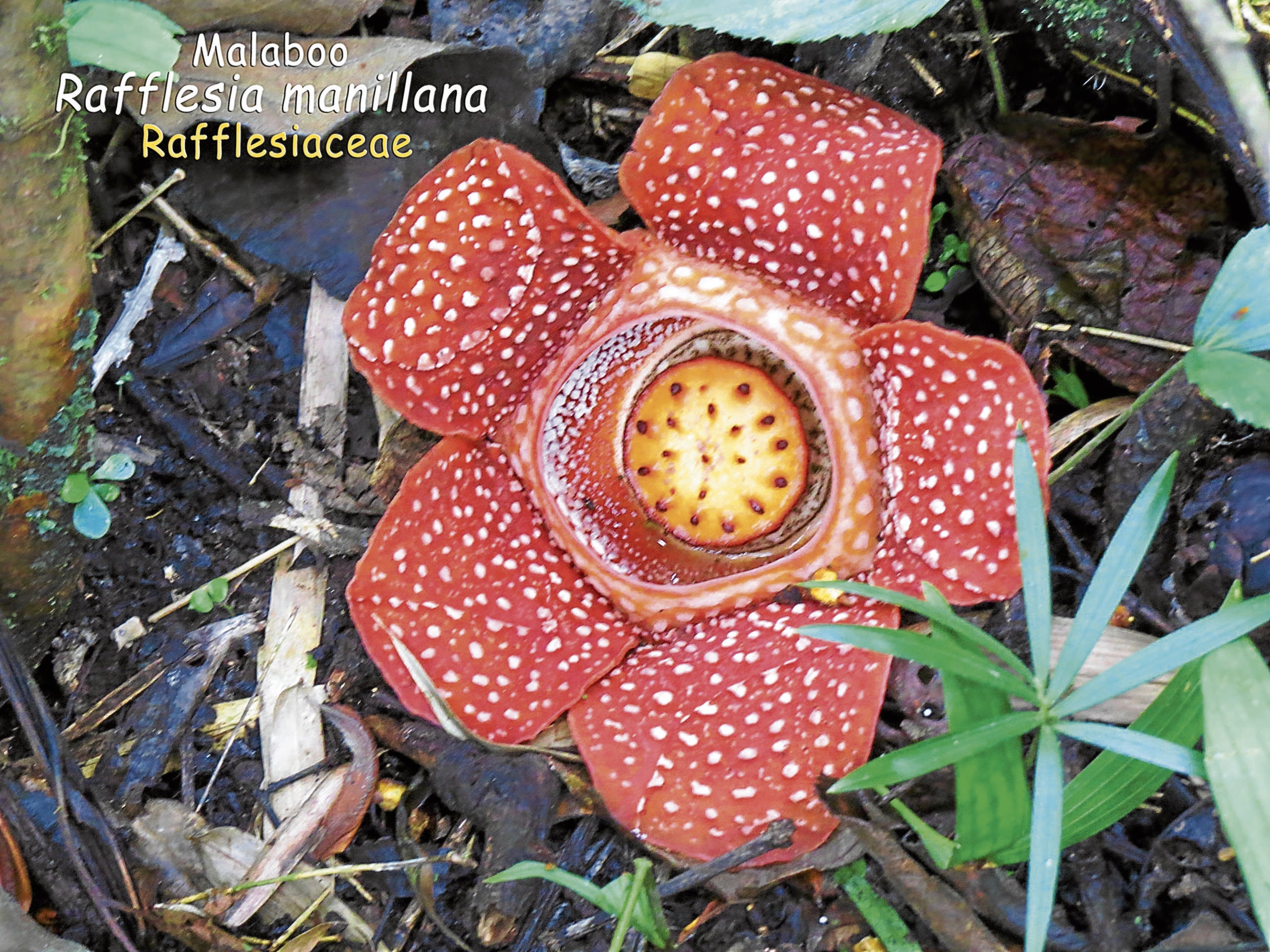 MOUNTAIN FLOWER Rafflesia lagascae, also called “malaboo,” is one of the unique features of Mt. Makiling Forest Reserve, especially during its seasonal blooming between February and June. Rafflesia is a parasitic plant with a flower that can grow to a size of a saucer. Endemic to the Philippines, it is classified as endangered. —PHOTOS COURTESY OF MAKILING CENTER FOR MOUNTAIN ECOSYSTEMS

MCME is a unit of the University of the Philippines Los Baños (UPLB) that oversees the 4,244-hectare forest reserve that spans the towns of Los Baños and Bay, and Calamba City in Laguna province and Sto. Tomas City in Batangas province.

Andrada said that because there had been no visitors since March 2020, funds generated from entrance fees and used to support about 16 forest patrollers had become scarce. Normally, Makiling draws 20,000 to 30,000 hikers and bikers annually, about 8,000 of whom come during the Holy Week alone.

“Patrolling has not been at full blast [as it used to before the pandemic],” Andrada said in a phone interview.

The ornamental plant craze that boomed also during the lockdown has driven collectors to sneak into the rainforest for alocasias, pothos and even forest vines that fetch good prices in urban areas.

“During the Christmas break, [poachers] ransacked our nursery and took all plants collected [supposedly for a research] in over 10 months. It was very sad,” Andrada said. NATURE TOURISM DESTINATION Experts expect a surge in the number of visitors to Mt. Makiling in Laguna province driven by a renewed interest in nature tourism postpandemic. Aside from enforcing minimum health safety protocols, conservationists remind guests to keep a safe distance not only between themselves and other people, but also avoid close contact with wildlife.

Among the stolen species were Aroids spp. from General Nakar town, Quezon province.

Andrada said the plants at the nursery were collected from the Ilocos, Cagayan Valley, Central Luzon, Calabarzon, Mimaropa and Bicol regions for an ex situ conservation project with the Department of Science and Technology to see whether rare and endangered species could grow on Makiling.

Another ongoing project between MCME and Asean Centre for Biodiversity (ACB) is a detailed documentation of Philippine endemic and threatened plant species in Makiling and in Malindang Range Natural Park in Mindanao.

Both Makiling and Malindang were declared Asean He­ritage Parks in 2013 and 2011, respectively.

Based on a 2004 biodiversity survey, 117 terrestrial vertebrates, of which 62 species are endemic to the Philippines, are found in the reserve.

Manuel Castillo, a plant taxonomist from the Department of Forest Biological Sciences in UPLB, said the documentation had so far listed 29 endemic and threatened plant species in Malindang and 83 in Makiling.

What’s interesting is that some of these plants are common in both mountains, suggesting a “strong affinity” between the two sites, he added. 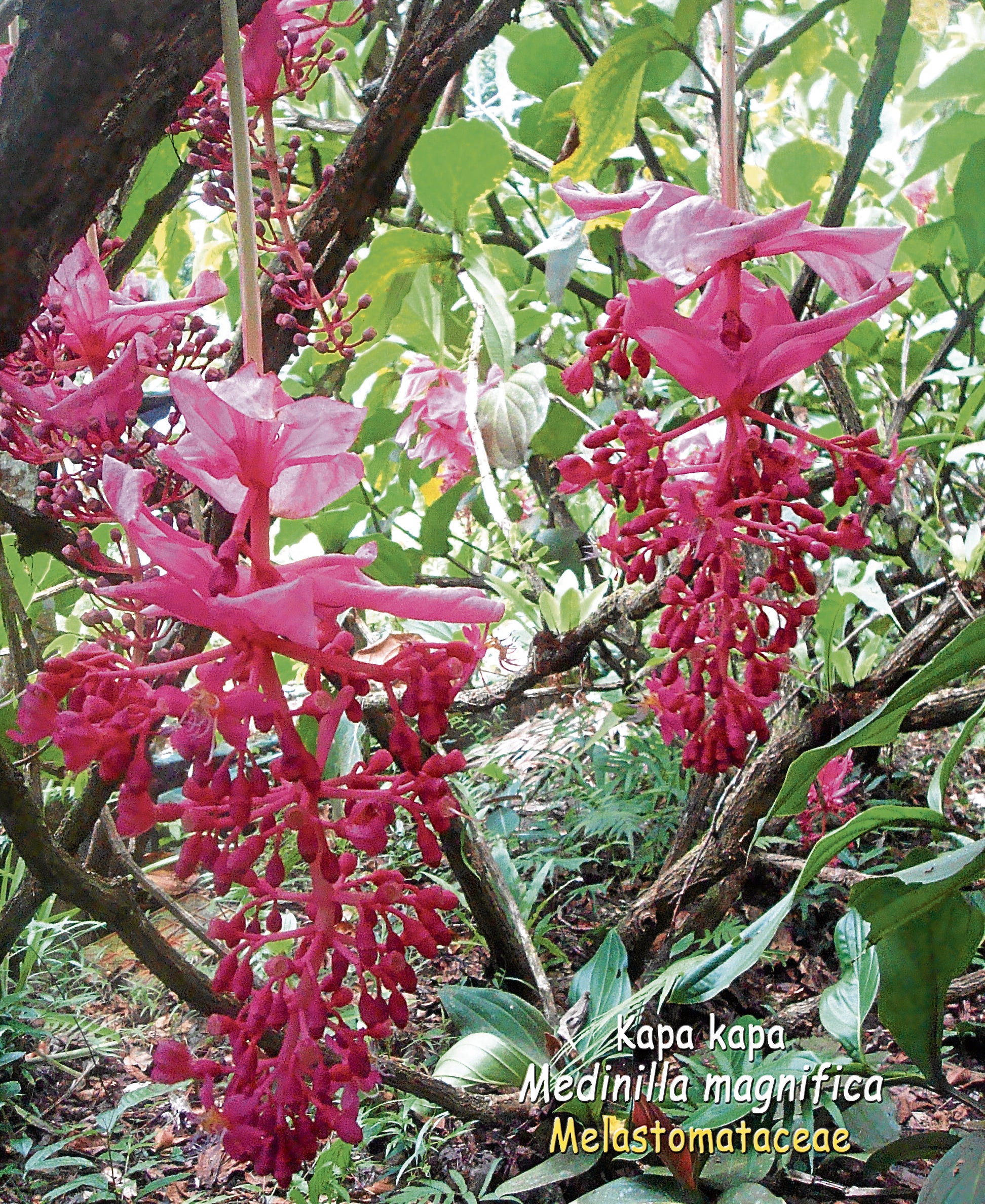 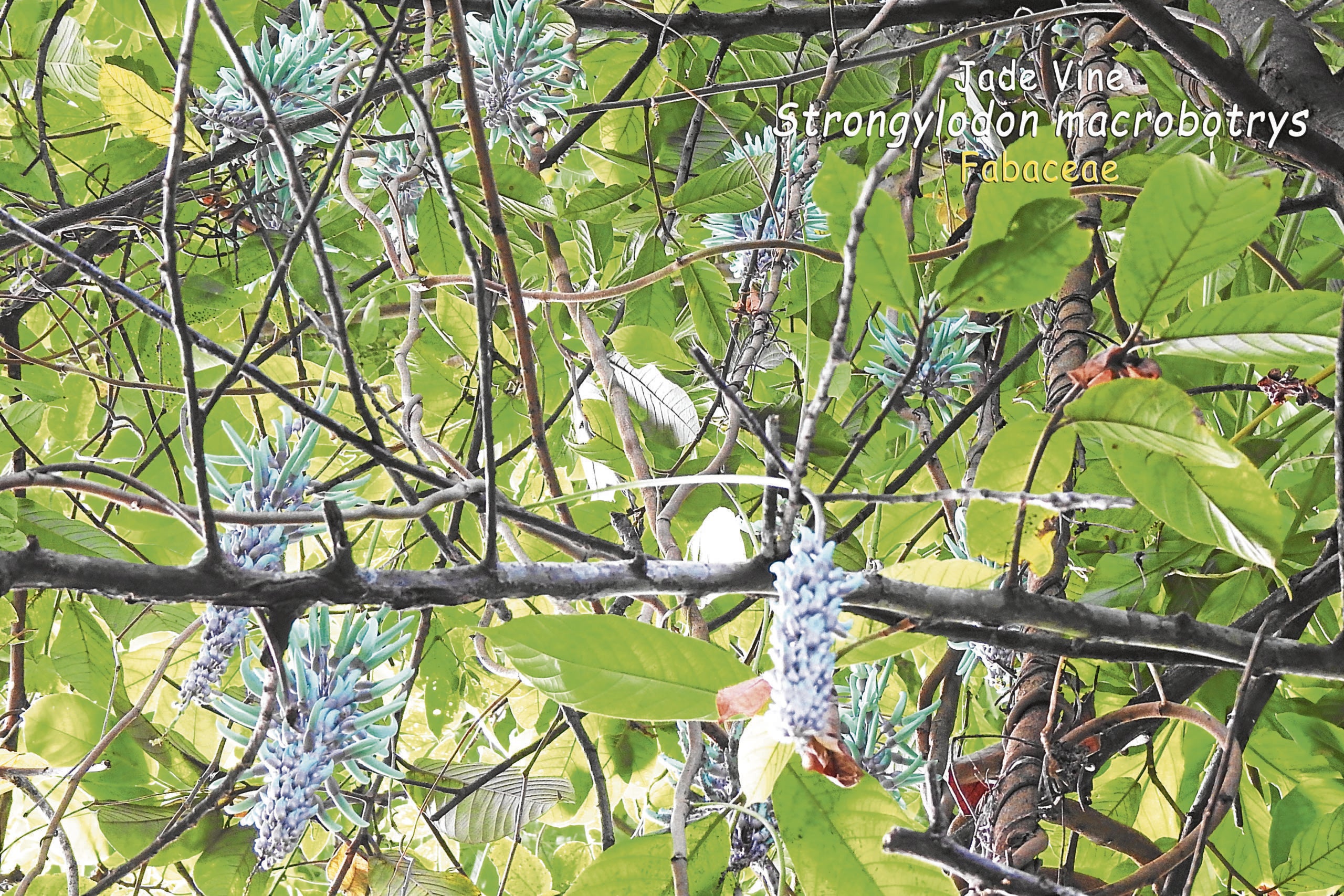 BANNER SPECIES Among the forest reserve’s so-called banner species are the Kapa-kapa (Medinilla magnifica), classified as a critically endangered species, and the jade vine (Strongylodon macrobotrys), classified as endangered.

“Makiling is a well-documented mountain [compared with other protected areas], probably because it is accessible. It is also a field laboratory for research,” Castillo said.

Another factor in the strong conservation and management of Makiling is the presence of academic and research institutions on the fringes of the forest reserve.

While there are species classified as endangered, Castillo said he had not encountered any plant species in Makiling that has gone extinct.

“If you check old [scientific] references and look for the [actual] plant, you’d still find them there on Mt. Makiling even after a hundred years [since it was discovered],” he said.

The intact forest is responsible for the groundwater supply of four towns and cities, as well as the “annual flushing” of Laguna de Bay, whenever rainwater drains down the lake and cleanses away the animal feed and other pollutants that have accumulated during the dry months, Andrada said.

Experts are now preparing for the resumption of tourism, given a renewed interest in nature postpandemic, Lim said.

One of the things they are working on is a clearer carrying capacity limit in the forest reserve, the reeducation of communities, and a stronger biodiversity campaign among plant and animal trade end buyers.

“Being host to all these species that are found only in the Philippines and nowhere else in the world makes it an important contributor to ecological conservation in Southeast Asia. If the ecosystem of Mt. Makiling is irreversibly damaged, all the species that depend on this forest reserve for shelter and food may eventually disappear as well, along with the ecosystem services they provide,” Lim said.