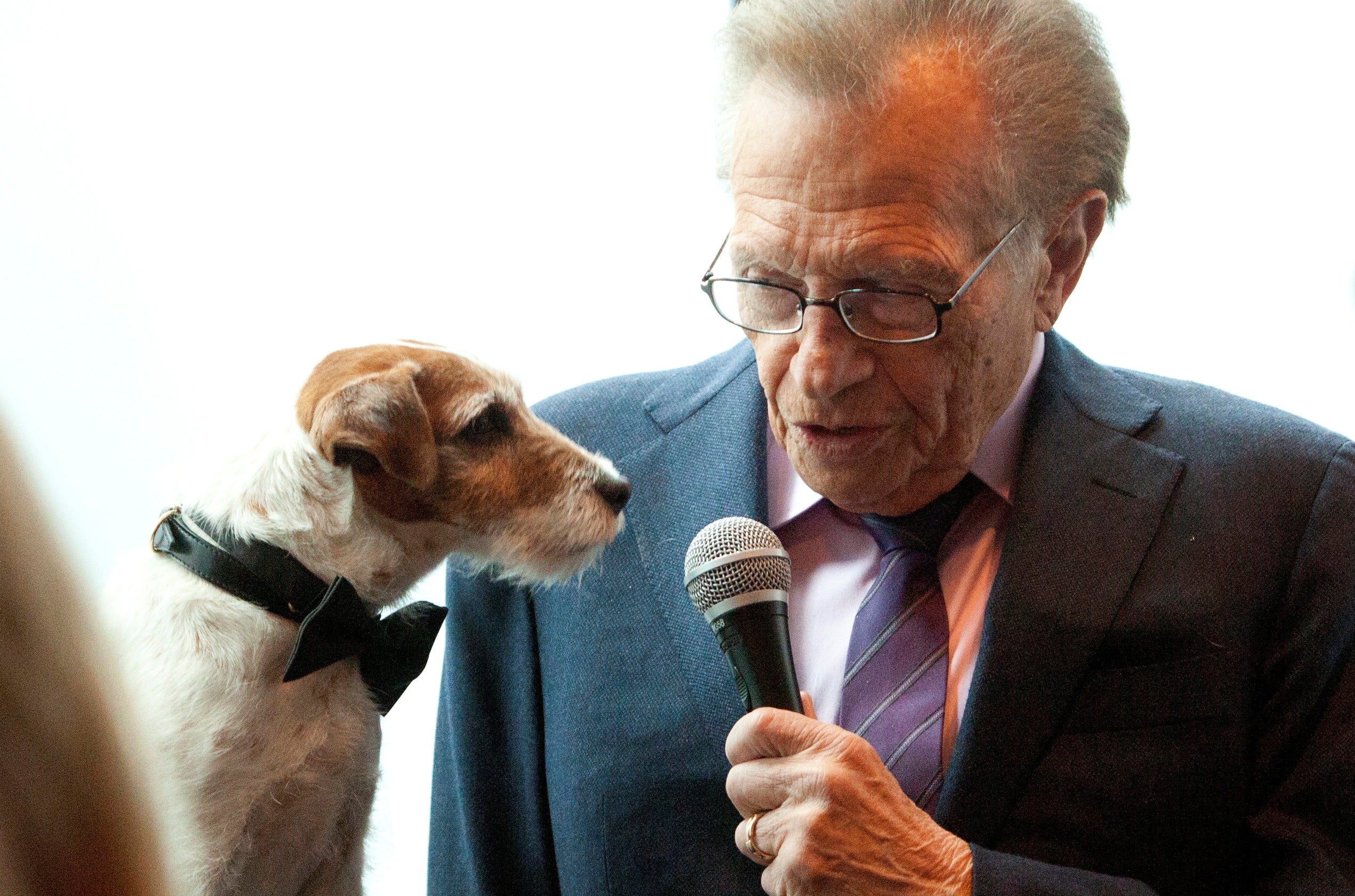 FILE PHOTO: Uggie, the dog from the film “The Artist”, is interviewed by Larry King before the start of the Friars Club Roast of Betty White in New York, U.S. May 16, 2012. REUTERS/Andrew Kelly/File Photo

WASHINGTON  — Larry King, who quizzed thousands of world leaders, politicians, and entertainers for CNN and other news outlets in a career spanning more than six decades, has died at age 87, CNN reported on Saturday, citing a source close to the family.

King had been hospitalized in Los Angeles with a Covid-19 infection, according to several media reports. He had endured health problems for many years, including a near-fatal stroke in 2019 and diabetes.

He had been hospitalized at Cedars Sinai Medical Center in Los Angeles for more than a week, CNN reported.

Millions watched King interview world leaders, entertainers, and other celebrities on CNN’s “Larry King Live”, which ran from 1985 to 2010. Hunched over his desk in rolled-up shirt sleeves and owlish glasses, he made his show one of the network’s prime attractions with a mix of interviews, political discussions, current event debates, and phone calls from viewers.

Even in his heyday, critics accused King of doing little pre-interview research and tossing softball questions to guests who were free to give unchallenged self-promoting answers. He responded by conceding he did not do much research so that he could learn along with his viewers. Besides, King said, he never wanted to be perceived as a journalist.

“My duty, as I see it, is I’m a conduit,” King told the Hartford Courant in 2007. “I ask the best questions I can. I listen to the answers. I try to follow up. And hopefully, the audience makes a conclusion. I’m not there to make a conclusion. I’m not a soapbox talk-show host… So what I try to do is present someone in the best light.”

Read Next
MMC to decide on the easing of age restrictions in MGCQ areas
EDITORS' PICK
Every Filipino home can now be a smart home with realme TechLife
TNT and TV5 team up to promote Pinoy pride to find PH’s biggest Pop Boyband
Stop ‘tokhang’ vs activists, Church leader asks court
Smart reinforces superiority with best speed and mobile video experience in PH
PNP defends Calabarzon raids, says activists fought back
4.5 million Filipinos jobless in 2020; highest in 15 years
MOST READ
Calbayog mayor ambushed on his way to son’s birthday party dies in hospital
Tolentino laments losing Filipino talents to other countries, wants to ‘retrieve’ them
Kris Aquino considers moving permanently to Tarlac amid bashing of her sons
Drilon hits ‘guilty until proven innocent’ bill
Don't miss out on the latest news and information.