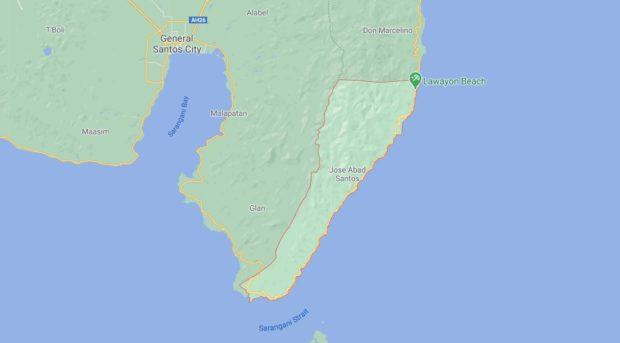 Officials from Jose Abad Santos and the cities of Davao, General Santos and Digos said they made a quick assessment of existing structures, especially those that already incurred damages from the series of quakes that rocked this part of Mindanao in 2019, but did not notice any serious damage.

Last Thursday’s earthquake, which the Philippine Institute of Volcanology and Seismography (Phivolcs) found to be tectonic in origin and had a depth of focus of 116 kilometers, occured more than a year after the series of destructive quakes that displaced thousands in Mindanao from October to December 2019.

“(There are n)o reported damages but we are expecting aftershocks,” Labayog said.

“No damage has been reported, so far,” Jose Abad Santos Mayor Jason John Joyce told the Inquirer by phone.

“Maybe because most of our buildings are (only) two stories high and most of the houses are made of light materials.”

The mayor, however, ordered the municipal engineer to check the integrity of school building structures, especially those that are more than two stories high.

“We immediately dispatched our monitoring team to the shorelines and government infrastructures but there was no new damage nor sign of failure in our buildings”, said Samuel Miralles, chief of Digos City Risk Reduction and Management Office (DRRMO).

Science and Technology Undersecretary Renato Solidum said in a televised interview that the earthquake was deep enough not to wreck any damage. He also ruled out the possibility of a tsunami.

He also sent out a team to survey landslide prone areas in the city but there was no report of damage, so far.

Work at city hall was suspended for half a day to allow engineers to check on the key buildings that included city hall, the Sangguniang Panlungsod building and the transport terminal.

Signar said except for slight damage in the plastering and adhesive blocks of some buildings, the overall structural integrity of government buildings remained intact.

The City Disaster Risk Reduction and Management Office (CDRRMO) has asked private entities to assess the structural integrity of their buildings as a precautionary measure following the quake which was felt at Intensity 5 in General Santos.

The Office of the Building Official has yet to report on privately-owned buildings.

But a condemned multi-level building here has become a butt of engineering jokes after Thursday’s earthquake.

The Gillamac’s building which used to house offices and an appliances store has been abandoned for two decades now but continued to weather earthquakes, prompting many residents to wonder why it was condemned.

Although the building was declared unsafe following an earthquake in the early 2000s, it remained standing and was never demolished.

After new buildings and malls sustained cracks and minor damages from the previous earthquakes, people had been asking why Gillamac’s was able to survive.

Signar described the abandoned Gillamac’s building as a dead load—static forces that remained relatively constant for an extended time—as it only bears its own structural weight and nothing else as it is abandoned. It would have collapsed easily if it has occupants, furniture and other items, he said. Reports from Rommel G. Rebollido, Eldie Aguirre, Julie Alipala, Germelina Lacorte, Inquirer Mindanao