One year after lockdown, Wuhan clubbers hit the dance floor 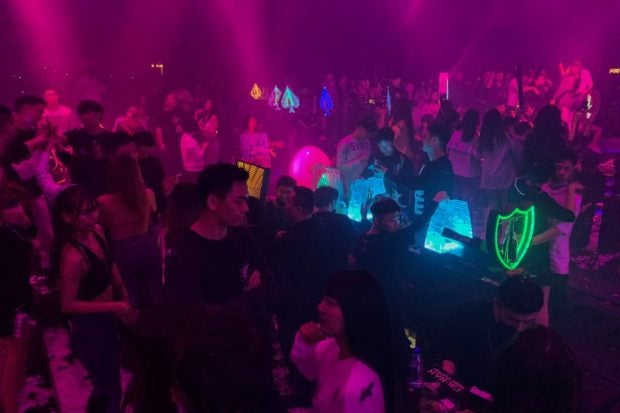 WUHAN — Glow-in-the-dark rabbit ears, pulsating beats, and a flexible attitude to masks: nightlife in China’s Wuhan is back with a vengeance almost a year after a lockdown brought life to a standstill in the city of 11 million.

As the rest of the world continues to grapple with lockdowns and soaring infections, young people in the city, once the epicenter of the novel coronavirus, are enjoying their hard-earned freedom.

In Super Monkey — a huge nightclub in the city center — there is no dress code or VIP list.

What is obligatory, at least to get through the door, is a mask and a temperature check — any higher than 37.3 degrees Celsius and bouncers can turn prospective partygoers away.

Inside, where clubbers let loose on the dancefloor amid the deafening sound of techno and a blinding laser show, the rules are not always so strictly followed.

While masks are obligatory at the door, DJs and partygoers take them off to chat with friends, dance, or smoke.

Many are just happy to find themselves out on the town after last year’s grueling quarantine, imposed to battle what was then a mysterious new virus.

“I was stuck inside for two or three months… the country fought the virus very well, and now I can go out in complete tranquility,” a man in his thirties, who identified himself as Xu, told AFP.

The hedonistic vibes and champagne on ice are far from the austerity preached by authorities in Beijing. 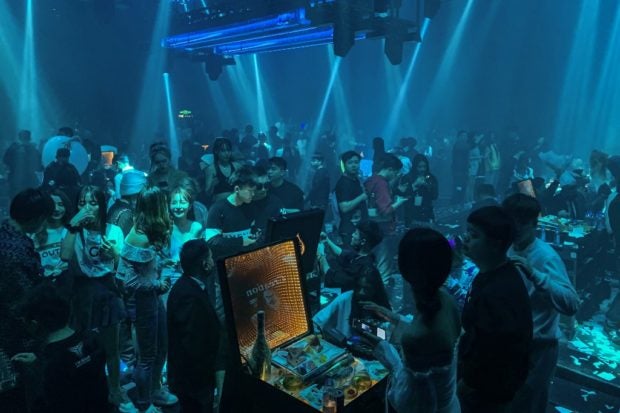 But Chen Qiang, a man in his 20s, praised the Communist Party for having practically eliminated the epidemic, despite a recent surge in cases in other parts of the country in the past few days.

Beijing’s state media has hammered home the failure of Western governments to tackle the virus, contrasting the chaos abroad with China’s return to normal.

It touts that success as evidence of the superiority of Beijing’s authoritarian political model.

But while many are keen to get back to a semblance of normality, Chen recognized that the virus has changed things.

In the club, there are fewer people than before the pandemic, he said.

“Compared with other lockdowns in other countries, our country is at least half open, but the consumers still have the feeling of unease,” he told AFP, estimating that nightlife in Wuhan had dropped about 60 to 70 percent. 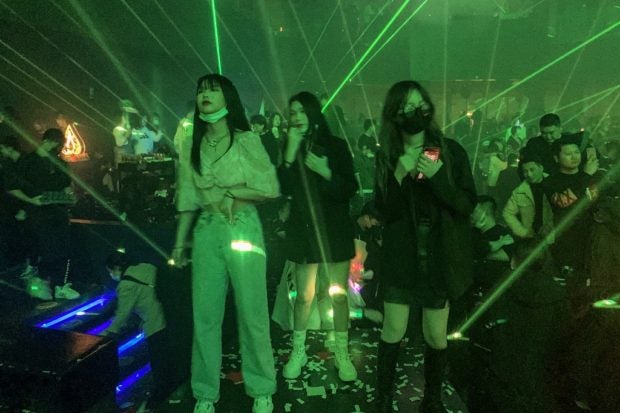 The strict rules applied by some establishments do not help, with attendee numbers limited and reservations required.

Users must also show a tracking app proving they have a clean bill of health.

Even that is not always enough to get in.

Several AFP journalists were refused entry into the Imhan club because their apps revealed they had come from Beijing.

One southern neighborhood of China’s capital has reported an infectious variant of the virus which originated in the UK.

Despite the uncertainty, Wuhanites are thrilled that their city is no longer the ghost town that shocked the world a year ago.

Last summer, images of a mega-party at a water park in the city were met with shock by internet users in the rest of the world, where the coronavirus continued to wreak havoc.

Partygoer Xu said he now sees last spring’s lockdown as a “once in a lifetime experience”.

“I felt lucky that I wasn’t (infected with Covid-19). Now it is back to normal, I feel very relaxed and happy.”