Biden may have to give up Peloton over security concerns 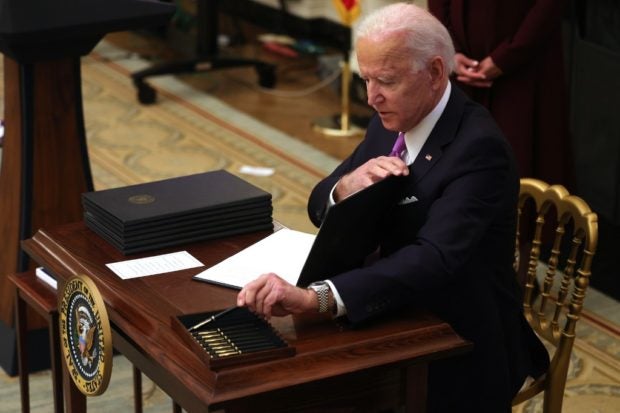 WASHINGTON — Joe Biden may have to find another way to stay fit at the White House, as experts worry the president’s Peloton interactive fitness bike could create security risks.

Some of Peloton’s top features — internet connectivity, a camera and microphone that allow users to participate in live classes — could prove problematic for White House security, experts explained to US media.

According to The New York Times, Biden began his days at the family home in Delaware with an exercise routine that included weights, a treadmill and a Peloton exercise bike.

The brand has become hugely popular during the pandemic, as home workouts — particularly alongside fitness junkies — are booming.

“Because you’re connected to the internet, even though there are firewalls and intrusion detection software… those things can be gotten around if you’re really good and skilled,” Max Kilger, a cybersecurity expert and professor at the University of Texas at San Antonio, told the magazine Popular Mechanics.

But it is still possible for the Secret Service to come up with a solution.

In 2017, The Verge reported that Michelle Obama had a Peloton at the White House but had modified it to remove the camera and microphone.

Biden’s dilemma has piqued the interest of other stationary bike enthusiasts on the “Peloton Forum,” a platform hosted by the company.

Under a discussion post titled “Joe Biden has a Peloton,” one user asked, “What’s his user name? Would love to give Uncle Joe some kudos!”

“Can we please not bring any political related conversations to this community? Let’s stick to health,” another wrote.

The connected devices use geolocation to track physical activity and had exposed the locations of some US military bases.