BAGUIO CITY — Human rights advocates have condemned the “shoot-to-kill” order issued by the Cordillera’s top police official to his men should the leader of a militant group resist arrest for a murder charge.

Police Brig. Gen. R’win Pagkalinawan, Cordillera police director, confirmed to the Inquirer on Thursday that he had issued the order against Windel Bolinget, chair of Cordillera Peoples Alliance (CPA), if the latter fights back.

On Jan. 15, Kalinga provincial police announced a P100,000 bounty for any information that would lead to Bolinget’s arrest.

In a statement, CPA said the shoot-to-kill order “shows their (police) clear intent to kill and silence [Bolinget], knowing that the fabricated murder charge won’t hold merit in a court of law.” 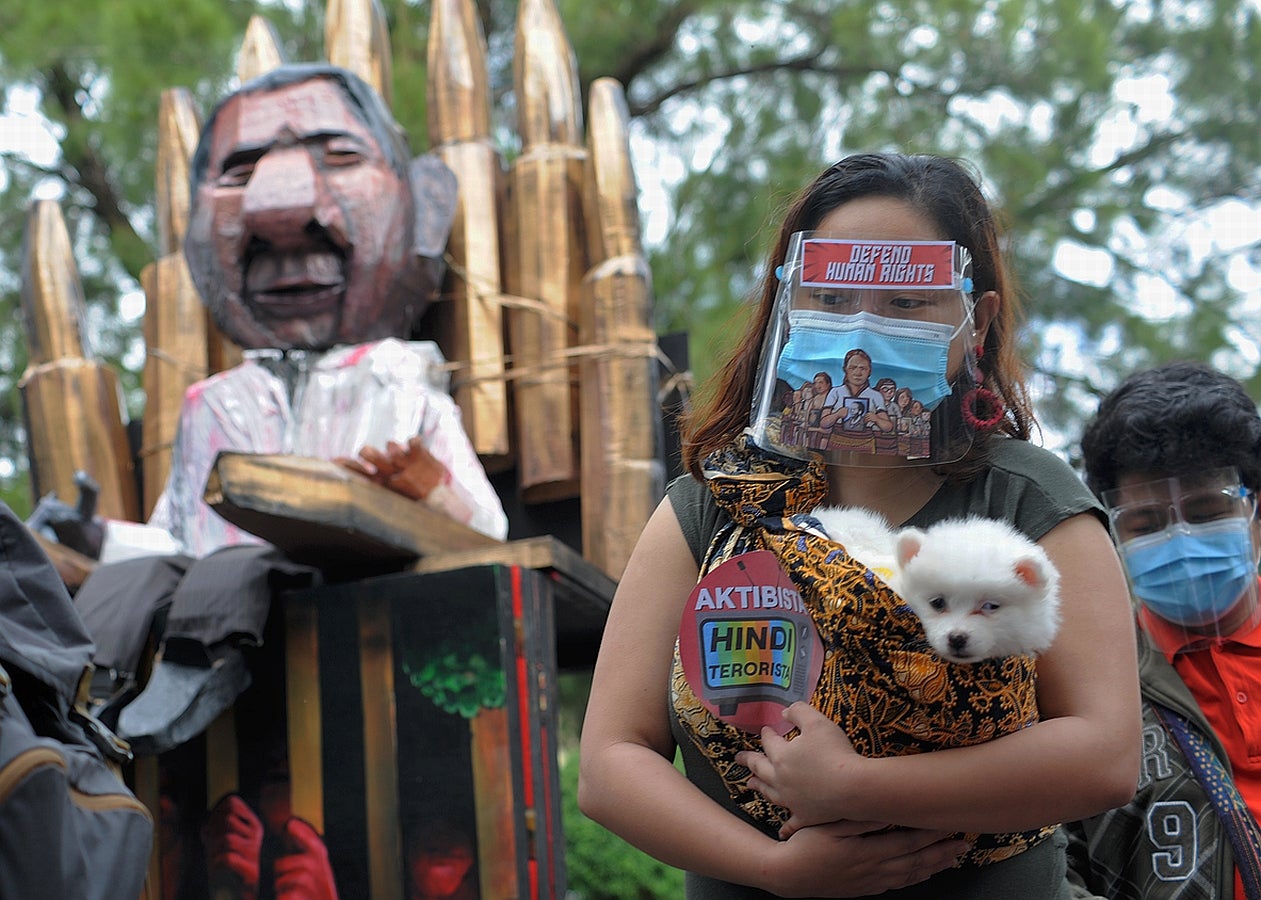 ACTIVISTS NOT TERRORISTS Members of militant groups denounce the Duterte administration’s attacks on political activists and human rights advocates in a protest rally in Baguio City last year. The program was led by Cordillera Peoples Alliance, whose chair, Windel Bolinget, has been linked to what colleagues described as a trumped-up murder charge. —EV ESPIRITU

Judge Sharon Rose Saracin of the Tagum City Regional Trial Court Branch 30 ordered the arrest of Bolinget and 10 others on Sept. 25, 2020. The police had implicated him and other political activists in the killing of Garito Tiklonay Malibato, a “lumad” (indigenous people) community member in Davao del Norte province, on March 21, 2018.

Malibato, 23, had been defending his ancestral home against large-scale plantations before he was abducted and gunned down at Barangay Gupitan in Kapalong town, Davao del Norte.

But CPA said Malibato and his organization, Karadyawan, had been tagged as communist by the military.

Malibato’s relatives and Karadyawan believed that Alamara, a paramilitary group, was responsible for his death, CPA said.

On Thursday, Pagkalinawan said Bolinget had “surrendered” to the National Bureau of Investigation in Baguio City. “It meant my statement was effective,” he told the Inquirer by phone.

But people close to Bolinget said he sought the NBI’s help for “custody and protection” so he could question the accusations against him.

“Pagkalinawan’s statement is a pretext for the speedy extrajudicial killing of Bolinget before law and evidence will prove that this is a false charge,” CPA said.

“The [police] should immediately revoke this illegal shoot-to-kill order against Windel … He already issued statements that he will avail [himself] of all legal remedies to get the charges dismissed,” Zarate told the Inquirer in a Viber message on Wednesday.

He said he would hold the police accountable if Bolinget or his family members and friends were harmed.

The Dublin-based Front Line Defenders also condemned what it called “judicial harassment” and “fabricated charges” against Bolinget, saying he was “targeted for his legitimate and peaceful work for the protection of human rights.”

According to the international rights group, the attacks on Bolinget and other activists “are part of a broader pattern employed by the military,” where human rights defenders are linked to crimes they did not commit “to intimidate and vilify them.”

International Work Group for Indigenous Affairs, a Danish human rights organization, said the case against Bolinget was “obviously meant to silence him and the CPA from asserting indigenous peoples’ rights.” —REPORTS FROM VINCENT CABREZA, KIMBERLIE QUITASOL AND VALERIE DAMIAN