WASHINGTON – President Joe Biden said Wednesday that outgoing president Donald Trump had left him a “very generous” letter in the Oval Office, in keeping with tradition.

“Because it’s private, I will not talk about it until I talk to him,” he said. 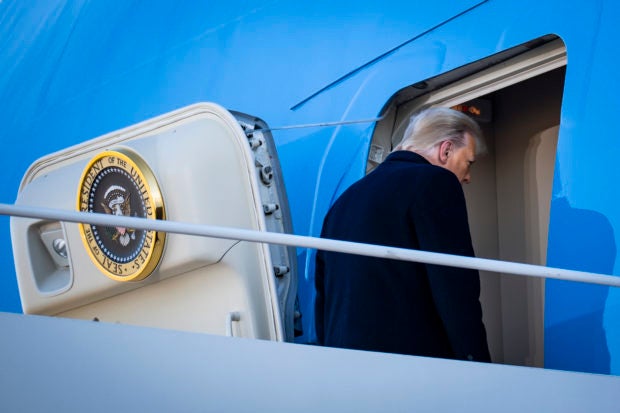 Donald Trump boards Air Force One at Joint Base Andrews before boarding Air Force One for his last time as President on January 20, 2021 in Joint Base Andrews, Maryland. Trump, the first president in more than 150 years to refuse to attend his successor’s inauguration, is expected to spend the final minutes of his presidency at his Mar-a-Lago estate in Florida. (Pete Marovich – Pool/Getty Images/AFP)

It was unclear until Wednesday whether Trump would maintain the tradition of outgoing presidents leaving notes for their successors, after he opted to skip Biden’s inauguration and never formally congratulated him on his election win.