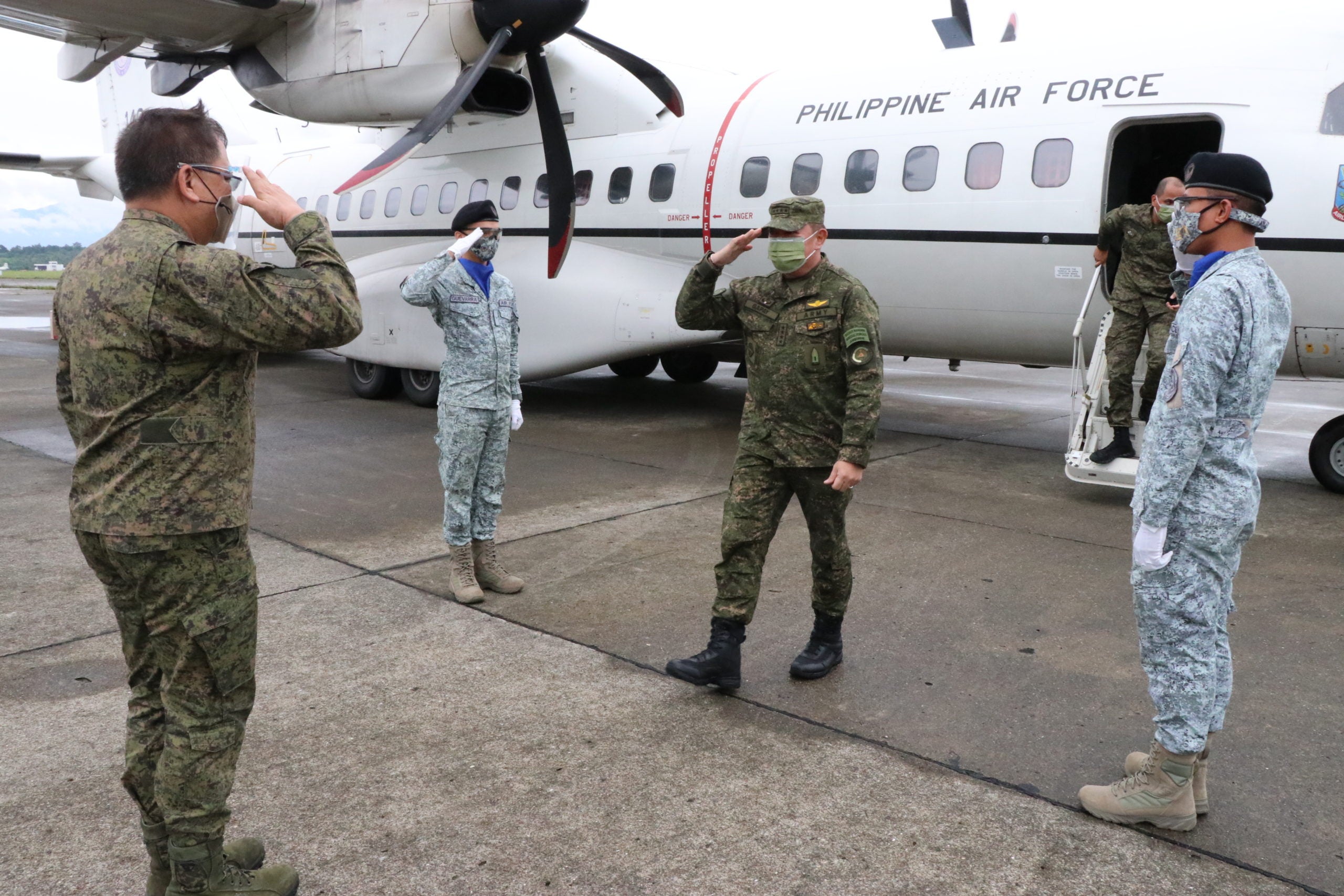 DAVAO CITY–Armed Forces of the Philippines chief of staff Gen. Gilbert Gapay lauded the Eastern Mindanao Command (Eastmincom) for emerging as top performer among unified commands as he bade goodbye to troopers on his way to retirement in February, a military statement said.

Gapay on Monday (Jan. 18) bade goodbye to troopers at Camp Panacan here, where he used to serve as Eastmincom deputy commander and commander of the Joint Task Force Haribon before taking over as 54th AFP chief in 2020, Maj. Alex Mindalarno, Eastmincom public information office chief, said in a statement.

He said Gapay described his Camp Panacan visit as “nostalgic and meaningful,” recalling his experience in the military service as he spoke during a ceremony dubbed “Talk to the Troops.”

Gapay, who was welcomed by EastminCom commander Lt. Gen Jose C. Faustino Jr., also thanked troopers for all the support he got throughout his stint as AFP chief, the Eastmincom statement said.

Gapay would bow out of service on Feb. 4, ending more than 30 years of military service, the Eastmincom statement said.

Before becoming AFP chief, Gapay also served as commanding general of the Philippine Army, head of the Southern Luzon Command and head of the Mechanized Infantry Division.

Read Next
WHO: School closures still ‘last resort’ despite variants
EDITORS' PICK
Nestlé Philippines’ ‘NESCAFÉ Plan’ bags Grand Anvil at PRSP 56th Anvil Awards
Pope Francis to meet top cleric Sistani on second day in Iraq
Smart reinforces superiority with best speed and mobile video experience in PH
Don’t waste the hope of vaccines, warns WHO
Every Filipino home can now be a smart home with realme TechLife
822 NPA-free barangays set to get P20-M gov’t aid — Esperon
MOST READ
How to lose a Filipino genius: Wesley So officially a US citizen
So: I lacked connections to succeed in PH ‘culture’
Robredo on Sara Duterte leading poll surveys: Why are Filipinos drawn to leadership of this kind?
Jesuit lawyer, constitutionalist Fr. Joaquin Bernas dies at 88
Don't miss out on the latest news and information.