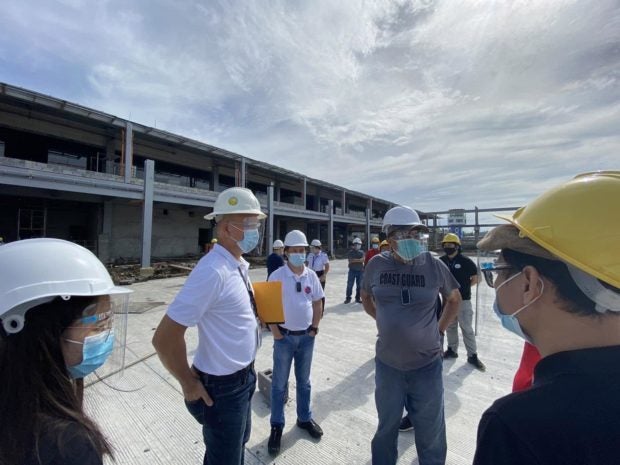 MANILA, Philippines — The overall progress rate for the Bicol International Airport (BIA) is now at 72.2 percent, according to the Department of Transportation (DOTr) on Wednesday.

In a statement, the DOTr said that while construction for the airport only started in December 2016, it is moving at a “fast pace.”

The agency added that as of Jan. 1, Package 2A of the airport is now 88.2 percent complete.

Package 2A, the DOTr said, is being handled by Sunwest Construction and Development Corp. and consists of the airport’s landside facilities, such as the administration building, air traffic control building, crash fire rescue building, and the maintenance building.

Meanwhile, the BIA’s Package 2B — being handled by E.M. Cuerpo construction company — covers the construction of the passenger terminal building (PTB), taxiway, runway extension, and other site development works, and is now 49.5 percent complete. 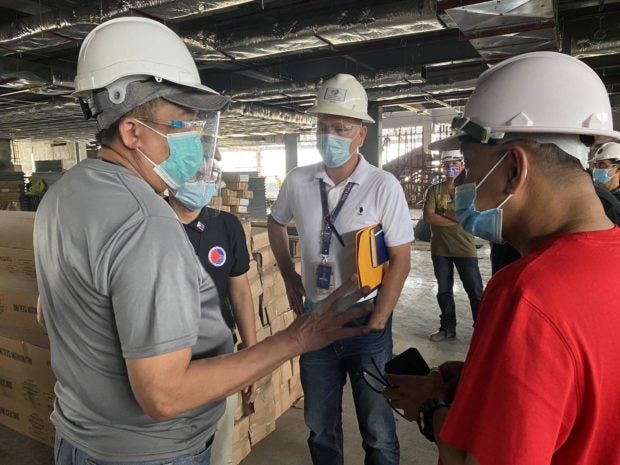 DOTr Secretary Art Tugade inspects the development in the construction of the Bicol International Airport last November. Image from the DOTr Facebook

“Once completed, the BIA, which features the iconic Mayon Volcano as its magnificent backdrop, is expected to serve a total of two million airline passengers every year,” the DOTr said.

“The new international airport is also projected to boost air traffic in the region amid the existing coronavirus disease 2019 (COVID-19) pandemic,” the agency added.

According to the DOTr, construction for the airport began in 2008, but development works were not completed until 2012.