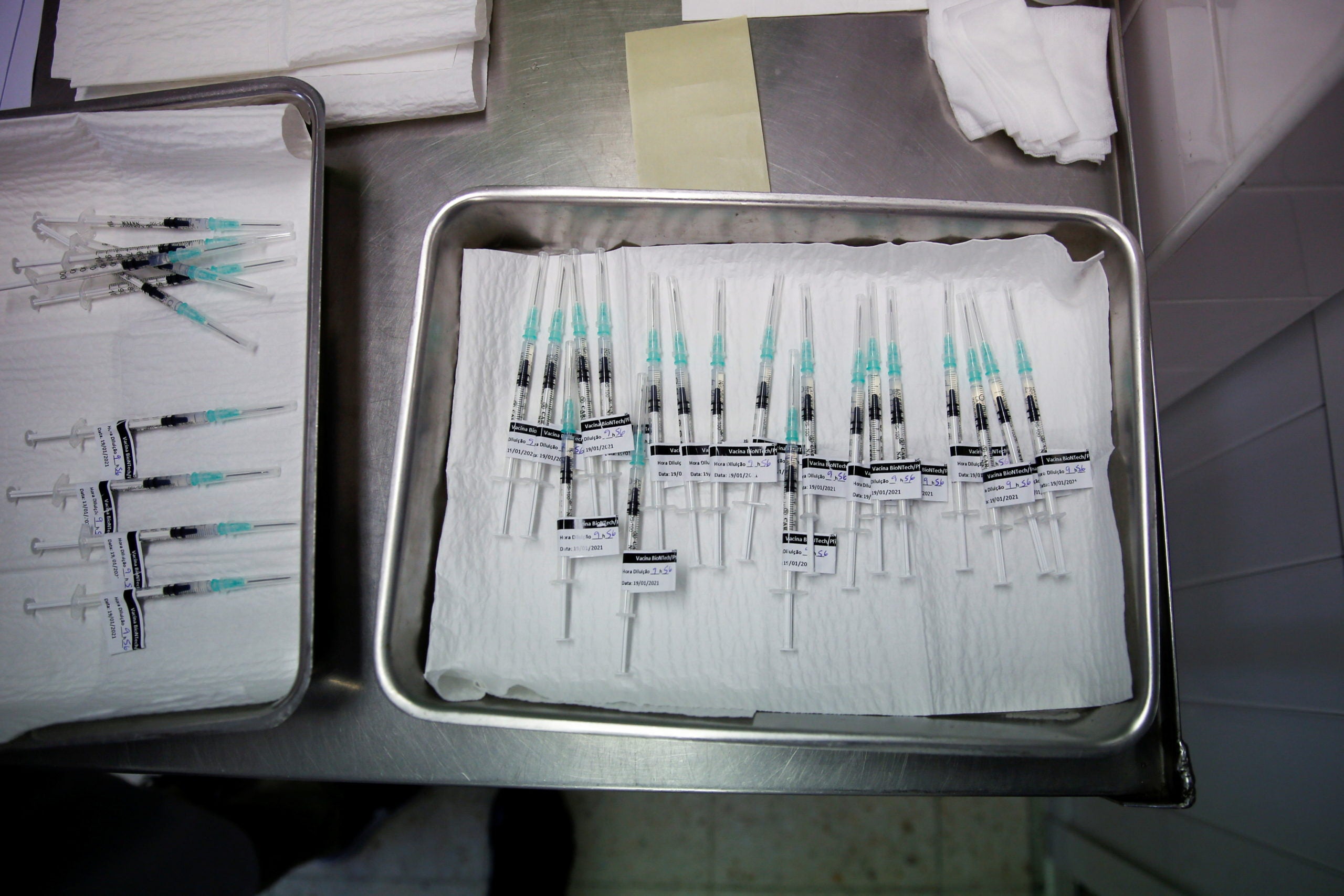 ZURICH/PARIS —Some European countries are drawing fewer than the approved six doses from Pfizer and BioNTech’s COVID-19 vaccine vials, meaning shots are likely going to waste even as nations plead for more.

Officials and healthcare professionals in France, Germany and Switzerland all pointed to yields short of six doses, adding to frustrations in countries already lagging vaccination campaigns in nations such as Britain and the United States.

The difficulties could also hinder Pfizer and BioNTech’s new production target of 2 billion COVID-19 shots in 2021, up from 1.3 billion previously.

The higher production forecast assumes health teams can draw that sixth dose from vials where this is permitted, thus stretching supplies.

In Switzerland, some officials said five doses had emerged as standard, given the challenges of yielding more of a vaccine they describe as thick and hard to handle.

“Five doses from a vial has proven itself a reliable method,” said Rolf Wirz, spokesman for the cantonal crisis management team in Basel-Land, in northwestern Switzerland.

Confusion over Pfizer/BioNTech vial volumes emerged in December, when U.S. hospital pharmacists realized that preparing the vaccine, by mixing it with saline solution, yielded enough liquid for at least six 0.30 ml doses.

They initially threw the extra dose away, since vials were labeled for five.

The U.S. Food and Drug Administration quickly updated its doses per vial guidance, with the European Medicine Agency following suit on Jan. 8.

Asked for comment, BioNTech said its 2 billion dose target was based on six doses per vial in those regions and countries where the practice is allowed by the regulator.

Even so, one French expert raised fears of shortages of small 1 ml syringes – designed to maximize vaccine extraction – as an obstacle.

“This is essential if we want to reach immunity targets quickly and before the new variants hit Europe even more,” said Eric Billy, an immuno-oncology researcher. “We may have syringes, but we do not have the right ones.”

The health ministry said, in response to those concerns, that it aimed “to ensure that medical equipment is delivered that can allow for such extraction”.

Germany offers a mixed picture: In the western state of North Rhine-Westphalia, officials ordered 20.5 million 1 ml syringes and said they had enough to extract six doses.

In eastern Thuringia, however, Health Minister Heike Werner said doctors were finding that obtaining the sixth dose was only possible with about half the Pfizer/BioNTech vials delivered.

Other nations are having greater success.

In Britain, officials forecast wastage of 10%, but said less was actually being discarded, helped by early recognition that extra doses were possible.

“We discovered we’re able to get more out of the vials,” said Mary Ramsay, Public Health England’s immunization head.

In the Netherlands, pharmacists initially predicted first-round vaccinations would cover 33,000 doctors and nurses.

“It turned out to be 39,000 because they could get a sixth dose,” said Kirstin Schimmel, a hospital pharmacist in Leiden, adding some hospitals using special syringes got seven doses.

Still, several Swiss cantons told Reuters they averaged less than six doses per vial. “When possible, we draw six,” said a cantonal health department spokeswoman in Zurich. “Five remains the standard. The vaccine is thick and very challenging to handle.”