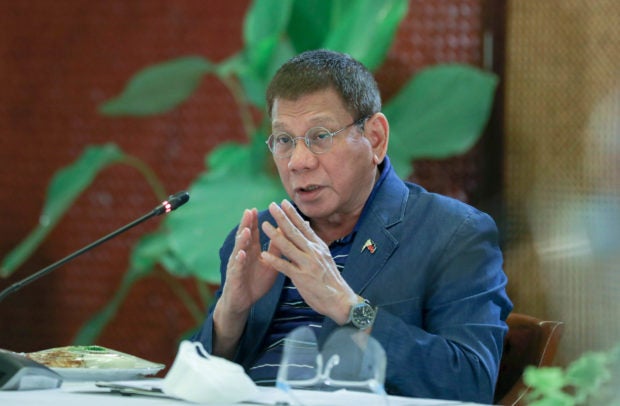 MANILA, Philippines — President Rodrigo Duterte was referring to all companies, including ABS-CBN, when he said no franchise must be given to any firm that has yet to settle its dues to the government, Malacañang said Tuesday.

(That portion had no editing done. The President did not say anything more. And you know the rule, a spox cannot add, cannot deduct from what the President said. All of that is addressed to those applying for a franchise.)

“And insofar as ABS-CBN is one of them, I guess, it’s a safe conclusion to say it is also applicable to ABS-CBN but it applies to all those who want a franchise,” he added.

During his weekly speech on Monday, Duterte said no company will secure a franchise “until they settle their full accounts with the government.”

The President did not name any specific company in the aired pre-recorded speech.

It was in May 2020 when ABS-CBN went off the air after its legislative franchise expired. In July, its application for a new franchise was denied by a House of Representatives panel.

Bills seeking to grant ABS-CBN with a 25-year franchise have already been filed before the House of Representatives and the Senate.