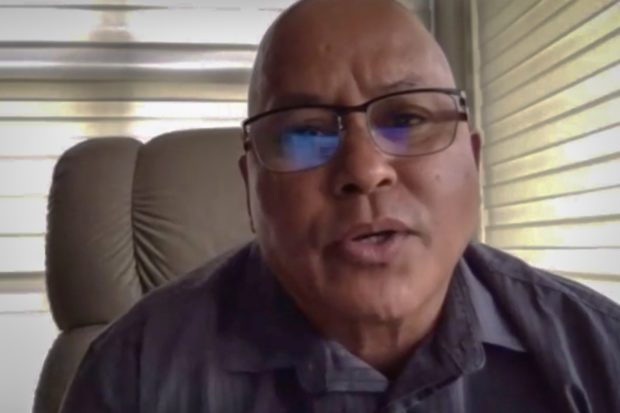 MANILA, Philippines — For former top cop and now Senator Ronald “Bato” dela Rosa, the scrapping of the 1989 deal between the Department of National Defense (DND) and the University of the Philippines (UP) was “long overdue.”

The deal bars the military and the police from entering UP campuses without prior notification from officials of the university.

“It is long overdue,” Dela Rosa said in a text message on Tuesday when sought for comment on the DND’s unilateral move.

“The government was fooled by the CPP/NPA/NDF [Communist Party of the Philippines/New People’s Army/National Democratic Font] the last 31 years thru that agreement,” he added.

Defense Secretary Delfin Lorenzana, in his Jan. 15 letter to UP president Danilo Concepcion, cited national security and safety of UP students as the reasons for terminating the deal.

“Recent events undeniable show that a number of UP students have been identified as CPP-NPA, some of them were killed during military and police operations. while others were captured and surrendered to the authorities,” Lorenzana said.

He clarified they had no intention to station military or police inside the campuses “nor do we wish to suppress activist groups [and] academic freedom, and freedom of expression.”

But the move has been met with strong criticisms from various sectors including some senators.

“The unilateral abrogation of the agreement clearly shows DND’s disrespect for democratic rights by constricting academic freedom,” Senator Nancy Binay, a UP alumna, said in a statement.

“Red-tagging UP students and constricting UP’s democratic space do not silence critical opinions. Limiting and suppressing the democratic rights of students, faculty, non-academic staff, and the entire UP community do not diminish their sense of patriotism—nor will keep the community silent,” she added.

Instead of fostering unity as a people, Binay warned that the abrogation of the deal would only “breed more mistrust and bring us far apart.”

Senator Sonny Angara also viewed with concern the termination of the agreement.

“UP has produced some of the best and brightest minds in our country’s history and there is no doubt that the academic freedom enjoyed by the State University played no small part in this,” Angara said in another statement

“It is this dynamism that contributed to UP being ranked among the top universities in the region and I am confident it will continue to rise further with the continuous support provided by our government.’

Angara appealed to Lorenzana to reconsider his decision and sit down with UP officials.