Bill for revival of ABS-CBN franchise referred to House committee 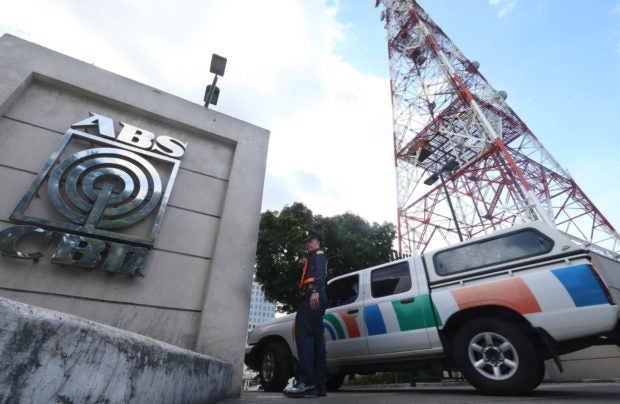 MANILA, Philippines — The House of Representatives on Monday referred a bill seeking to revive the broadcast license of media giant ABS-CBN Corp. to the committee on legislative franchises which denied its franchise application in July last year.

In filing House Bill No. 8298, House deputy speaker and Batangas Rep. Vilma Santos-Recto said that “despite the growing popularity of social media, television still remains as a preferred mass medium in our provinces and other far-flung areas.” A similar bill has been filed in the Senate by Senate President Vicente Sotto III.

“ABS-CBN has remained steadfast in its commitment to reach out to as many Filipinos as possible by delivering their quality core programs closer to our countrymen by taking advantage of emerging broadcast technologies,” Recto said.

The media giant’s broadcast operations were ordered shut on May 5, 2020 by the National Telecommunications Commission after its legislative franchise expired.

Also on Monday, a House committee started its inquiry into the Development Bank of the Philippines’ (DBP) supposed condonation of a P1.6 billion loan to companies belonging to the Lopez family which owns ABS-CBN.

A congressman, however, questioned the proceedings, saying the allegations were based on “conjectures.”

The House committee on good government and public accountability led by DIWA partylist Rep. Michael Edgar Aglipay tackled House Resolution No. 1040 filed by seven lawmakers in July calling for such an investigation.

During her sponsorship speech, Dumper PTDA partylist Rep. Claudine Diana Bautista, one of the authors of the resolution, said the loans condoned or written off by DBP could exceed P1.6 billion.

“The details of this condonation or write-off are as yet unknown to the public at large, despite the fact that this particular transaction could have cost the Filipino people P1.6 billion which could have been used for various programs that would provide much needed help to the general public and the country in the midst of the COVID-19 pandemic,” she added.

But DBP president Emmanuel Herbosa denied the allegation at the hearing, saying that the Lopez loans were sold by the bank to global financial firm Lehman Brothers through a special purpose vehicle.

“It’s not a loan condonation. We sold it with a P3.83 billion bid in favor of DBP,” Herbosa told lawmakers.

DBP chief compliance officer Soraya Adiong also said there was no condonation or write-off, adding that what took place was “a transfer or sale of loan accounts.”

For her part, Bangko Sentral ng Pilipinas director Mary Anne Cube told lawmakers that there was “no record” of DBP write-offs.

Anakalusugan Rep. Mike Defensor, another author of HR 1040, asked the DBP for documents related to the loan, its collaterals and cost.

But Herbosa said some of the documents were no longer in their possession as the bank had turned these over to the acquiring bank, adding that DBP no longer had copies of the records as the loans in question dated back to the early 2000s.

As part of banks’ retention policies, documents from more than 10 years ago had been destroyed, he explained.

“We’re talking about a loan from 20 years ago. I would advise everybody to look into the National Archive Law covering preservation of documents,” Herbosa said.

The DBP argued that the deals were not problematic, citing that the Commission on Audit found no irregularity in its annual audit report.

According to him, it was unfair of the committee to order DBP “to produce papers” that were no longer in its possession.

Atienza said he would make a motion during the committee’s next hearing to terminate the inquiry if lawmakers could not produce evidence or documents.

The committee has scheduled another hearing after a month.