China to sanction US officials for ‘nasty’ behavior over Taiwan 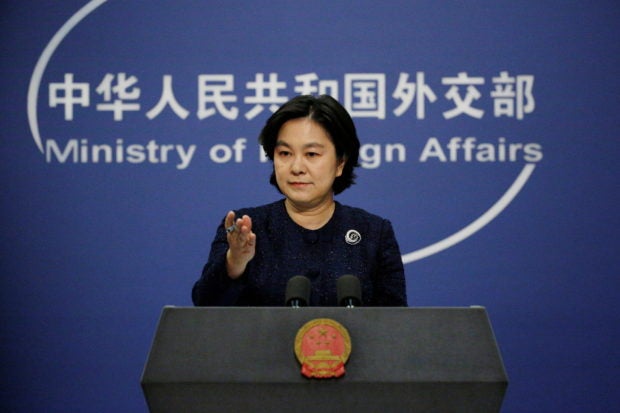 BEIJING — U.S. officials who have engaged in “nasty” behavior over Chinese-claimed Taiwan will face sanctions, China’s Foreign Ministry said on Monday, after Washington lifted curbs on exchanges between U.S. and Taiwanese officials.

Ties have worsened as China has already condemned this month’s easing, announced by U.S. Secretary of State Mike Pompeo in the waning days of President Donald Trump’s presidency.

Further adding to China’s anger, the U.S. ambassador to the United Nations, Kelly Craft, spoke last week to Taiwan President Tsai Ing-wen, after a planned trip to Taipei was called off.

Asked at a daily news briefing how China would follow through on its pledge to make the United States “pay a heavy price” for its engagements with Taiwan, ministry spokeswoman Hua Chunying said some U.S. officials would face sanctions.

“Owing to the wrong actions of the United States, China has decided to impose sanctions on responsible U.S. officials who have engaged in nasty behaviour on the Taiwan issue,” she said, without elaborating.

China says Taiwan is the most important and sensitive issue in its relationship with the United States, and has previously announced sanctions on U.S. companies selling weapons to Taiwan, though it has not been clear how, or if, they were enforced.

Beijing has responded to increased U.S. support for Taiwan, including arms sales and visits by senior U.S. officials, by stepping up military activity near the island, including flying its air force aircraft nearby.