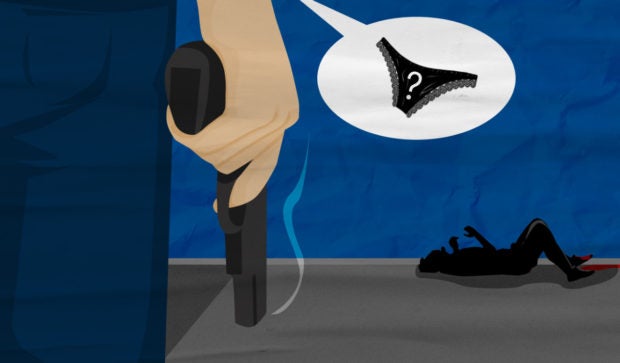 MANILA, Philippines — A man suspected of taking the underwear of another man’s wife got shot in the foot after an altercation in Batangas on Sunday.

A police report stated that the woman’s husband, upset over the loss of his wife’s underwear, confronted the victim at a vulcanizing shop at about 10 PM Sunday, and after a heated argument, brandished a hand gun and struck the victim in the head.

“Thereafter, said suspect struck the victim once on his back with the use of a handgun of unknown caliber and shot the victim once, hitting his left foot,” the report read.

Police said the suspect immediately fled from the scene, while onlookers brought the victim to the Batangas Medical Center for medical treatment.

Police have yet to say whether the missing underwear has been found.