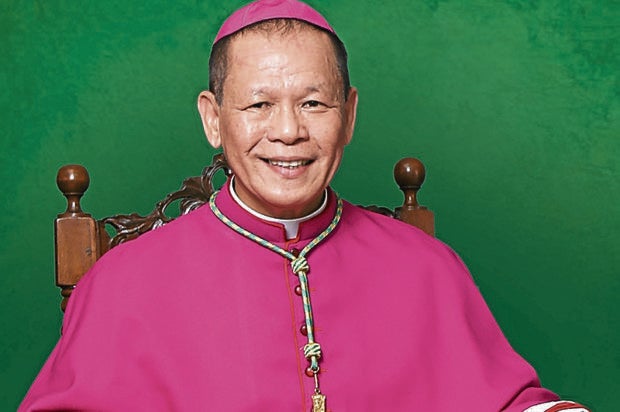 ILOILO CITY—Catholic Church leaders in Western Visayas and Romblon Island have decried the killing of nine leaders of the Tumandok indigenous people’s group in a coordinated police operation in Capiz and Iloilo provinces on Dec. 30, 2020.

Two archbishops, including Cardinal Jose Advincula of Capiz, and six bishops of the dioceses of Panay, Negros and Romblon issued a rare joint pastoral letter on Jan. 15, calling for a “thorough investigation by an independent body to ascertain what really happened” in Tapaz town in Capiz and Calinog town in Iloilo.

They also sought an end to militarization in Tumandok communities and for the government, Church and business community to “listen to the legitimate cries of the Tumandok against the construction of the [multipurpose Jalaur megadam] in Iloilo.”

“We empathize with the fear and insecurities of those displaced by the atrocities. And we condemn in the strongest possible term, all the killings and especially, the killings of our brothers—the Tumandok,” the prelates said.

They said they “grieve with the families of the nine Tumandok tribespeople who were killed” and “share the sufferings of those arrested and of their families.”

The Regional Task Force to End Local Communist Armed Conflict (RTF-Elcac) lashed back at the bishops for saying “atrocities” were committed and that the fatalities were deliberately killed.

“We caution the bishops from making hasty, false and presumptuous conclusions. We would like to think that you have all been misinformed. As Catholics, we adhere to the teachings of the Church but that does not equally mean that our bishops are not prone to errors in judgment,” Flosemer Chris Gonzales, head of the Legal Cooperation Cluster of the RTF-Elcac in Western Visayas, said in a statement.

Gonzales criticized the bishops for not issuing pastoral statements when soldiers, policemen and civilians had died in rebel attacks.

Aside from the nine tribe leaders killed, 16 were arrested in two villages in Calinog and seven villages in Tapaz.

The Criminal Investigation and Detection Group of the Philippine National Police, which led the operation, has insisted that those who died fired first at policemen serving a total of 28 search warrants for illegal possession of firearms and explosives.

Police and military officials claimed that those killed and arrested were leaders of the Communist Party of the Philippines and the New People’s Army.

Tapaz is a “center of gravity” of the rebel movement in Panay where government troops and policemen have died in rebel attacks since the 1970s, they said.

The families of those killed and several village officials have refuted these claims, saying the firearms were “planted” and that those killed were unarmed and gunned down.

Three of the fatalities were buried on Sunday, including Roy Giganto, chair of Tumanduk alliance and former village chief and incumbent council member of Lahug in Tapaz.

In their pastoral letter. the prelates demanded that the PNP and the Armed Forces of the Philippines “follow conscientiously the ethical standards in the rules of engagement in their police or military operations.”

They said police officers should be required to use body cameras in all operations to protect the police against false accusations, as well as “civilians from the use of violence or abuse of power such as planting of evidence, illegal arrest and even killings.” INQ