Cyprus cats out in the cold as pandemic bites 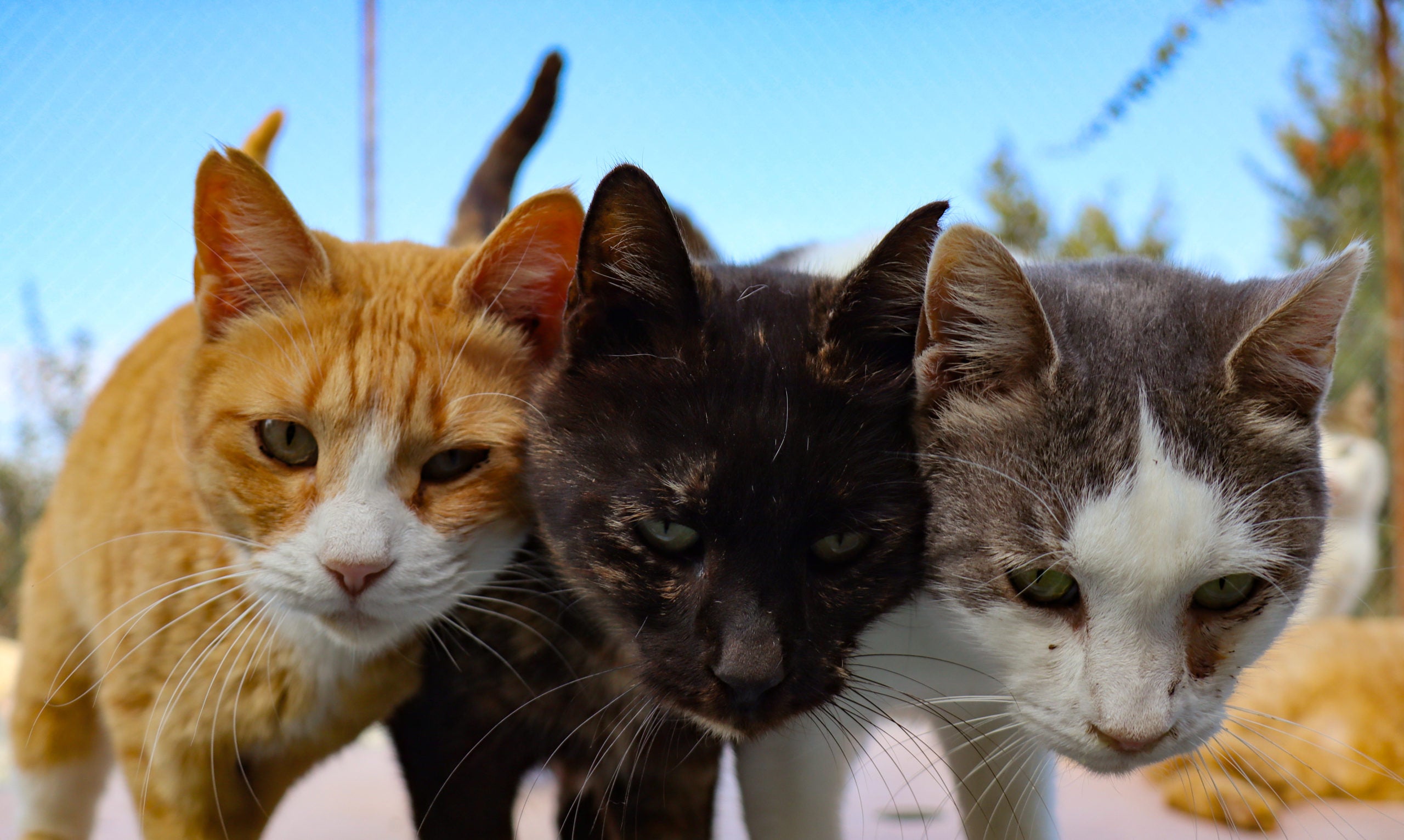 Abandoned cats gather at Tala Cats rescue centre, on land owned by the Ayios Neofytos Monastery, in the Cypriot village of Tala near Paphos on January 5, 2021. – At a cat sanctuary set in picturesque hills near Paphos on the Mediterranean island of Cyprus, volunteers are grappling with a surge in abandonments they blame on the coronavirus pandemic. File photo by Etienne TORBEY / AFP

TALA, Cyprus — At a cat sanctuary set in picturesque hills near Paphos, on the Mediterranean island of Cyprus, volunteers are grappling with a surge in abandonments they blame on the coronavirus pandemic.

“There has been an increase of about 30 percent of previously owned, loved (and) looked-after cats that have been left behind” as people depart the island, lamented Dawn Foote, 48, who runs the Tala Cats rescue center.

Some among Cyprus’s large expatriate and dual resident communities have retreated home as the economic squeeze has tightened, she noted.

“People, at the moment, have just got no money, and it’s expensive to get a cat to another country — you’ve got passports to pay for, you’ve got transport carriers to pay,” Foote said.

“It’s heartbreaking,” she told AFP, saying abandonments were rising island-wide, in part also due to locals no longer being able to afford pet food or vet bills.

Evidence of cats’ domestication in Cyprus dates back further than anywhere else, including Pharaonic Egypt.

In 2004, archaeologists announced they had unearthed the remains of a cat and a human deliberately buried together 9,500 years ago at the Neolithic village of Shillourokambos.

That’s some 1,500 years earlier than the previous record find — also in Cyprus — in the form of a feline jawbone.

Abandoned cats just “don’t know how to survive,” Foote said. “A lot of them want to give up.”

The government imposed a nationwide lockdown from January 10, Cyprus’s second since the pandemic began, after Covid-19 infections surged.

The closure of restaurants — choice locations for feline scavengers — has further compounded the misery for many of the island’s feline residents, whose numbers dwarf the human population, according to at least one animal welfare organization.

Meanwhile, the rehousing of animals, many of whom find their “forever homes” abroad, has become more difficult, a trend confirmed to AFP by a dog sanctuary near the capital Nicosia.

Fewer cargo flights, higher transport costs and the repeated closure of sanctuaries to visitors are making it harder to win would-be owners’ hearts.

As a result, there are now some 800 cats prowling the grounds at Tala Cats, situated on land owned by the nearby Agios Neophytos Monastery.

The location is apt, because there is no breeding — all the felines who come through the gates are spayed or neutered.

Ssterilization is key to keeping any stray cat population under control, and while some vets in Cyprus perform operations outside their main business, they face an uphill battle.

State coordination and funding for sterilization programs — 75,000 euros ($91,000) in total last year, according to the agriculture ministry — were insufficient, vets told AFP.

The strategy “is not working at all… it’s not focused”, said Evis Andreou, 42, noting that key prerequisites, including censuses of stray populations in target areas, were absent.

Cyprus’s agriculture ministry said its neutering program has been “effective”, noting however that it was “working to further improve our procedures, so that there is more effective targeting and control” during the coming year.

But some say the public as a whole also fails to take the issue seriously enough.

“I hear people here say, ‘this is a stray I’ve been feeding for 10 years’,” said another vet, Marie-Ellen Josephides, 38.

“I’m like, ‘it’s not a stray, you’ve been feeding it… it’s your outdoor cat'” — and it will have been breeding for much of the last decade, she pointed out.

Read Next
4 Tabuk City villages on lockdown due to local COVID-19 transmissions
EDITORS' PICK
High inflation: Your P1 is now worth only 87 centavos
UK’s Boris Johnson will resign, BBC reports
Geek out at TOYCON 2022 powered by Smart Signature
House energy committee chair Arroyo bats for cheap electricity
High-risk pregnancy: Reducing your risk is in your hands
Unemployment rate up to 6% in May
MOST READ
Suspect in grisly killing of missing woman in Bulacan arrested
Hong Kong suspends flight bans as it eases COVID-19 rules
Kim Atienza’s daughter flaunts bikini body in response to critics of her ‘revealing photos’
Cop slain in Isabela ambush
Don't miss out on the latest news and information.