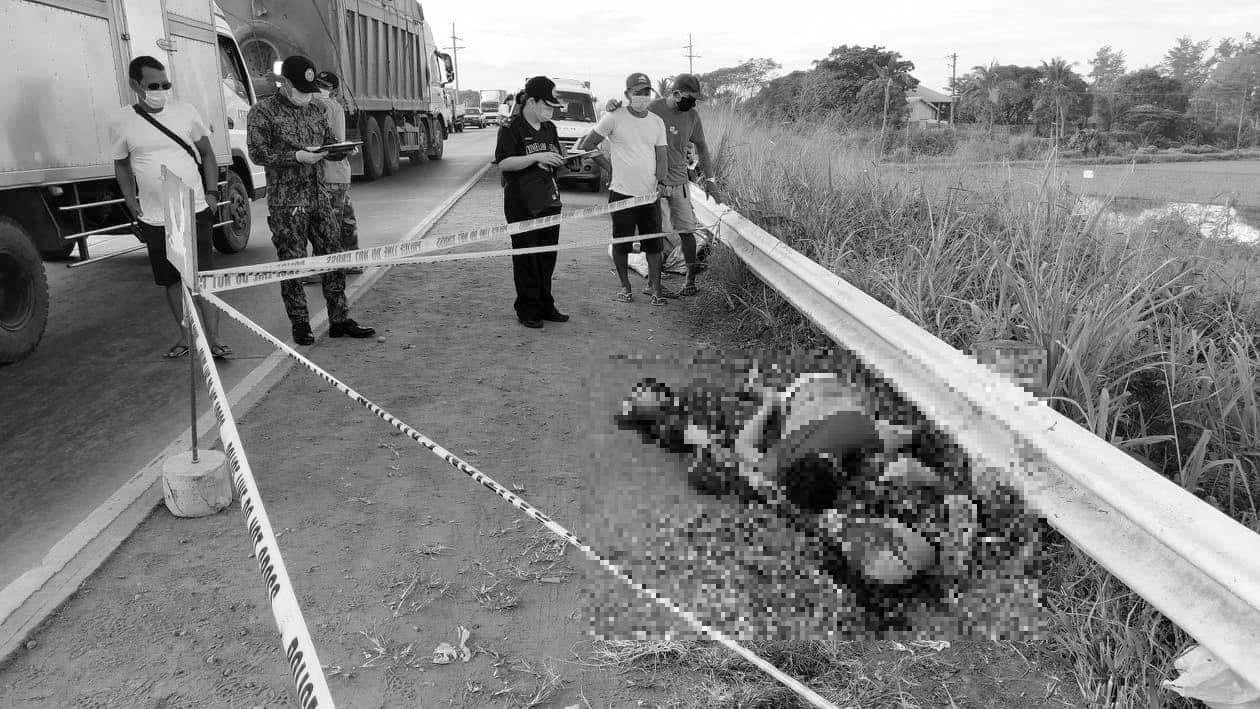 Three bodies, believed to be victims of summary execution, were found on the roadside in Bustos, Bulacan on Friday. (Photo courtesy of Bustos police)

BUSTOS, Bulacan – Two women and a man, whose handcuffed remains were dumped at a roadside here on Friday (Jan. 15), are residents of Metro Manila who were abducted this week, the police said.

One of the slain women found along the Plaridel Bypass Road here had been reported missing since Tuesday (Jan. 12).

Aziza Benito, a 58-year-old resident of Divisoria in Manila, was shoved into a vehicle, said Police Maj. Jude Bryan Maguddayao, Bustos chief of police. She was a former overseas recruiter, he said.

The other woman, 41-year-old Norwina Ulama, owns a garments store in Pasig City, while the lone male victim, Jalani Mariano, 29, was a tricycle driver residing in Tondo, Manila.

Various witnesses saw all three being taken by unknown assailants.

Blood splatters were found along the road shoulder in Barangay (village) Malamig where the bodies were discovered at 6 a.m. on Friday. Each of the remains bore a gunshot wound in the head. Benito and Ulama were handcuffed together.

Maguddayao said investigators have theorized that the victims may have already been dead before their bodies were left on the roadside and then shot. He said the remains were identified with the help of social media and a member of the Bustos police.