New efficacy data from Brazil on Sinovac’s COVID-19 vaccine, for which there are now four widely different success rates, raised more questions than answers, as many developing countries pin their hopes on CoronaVac to end the pandemic. 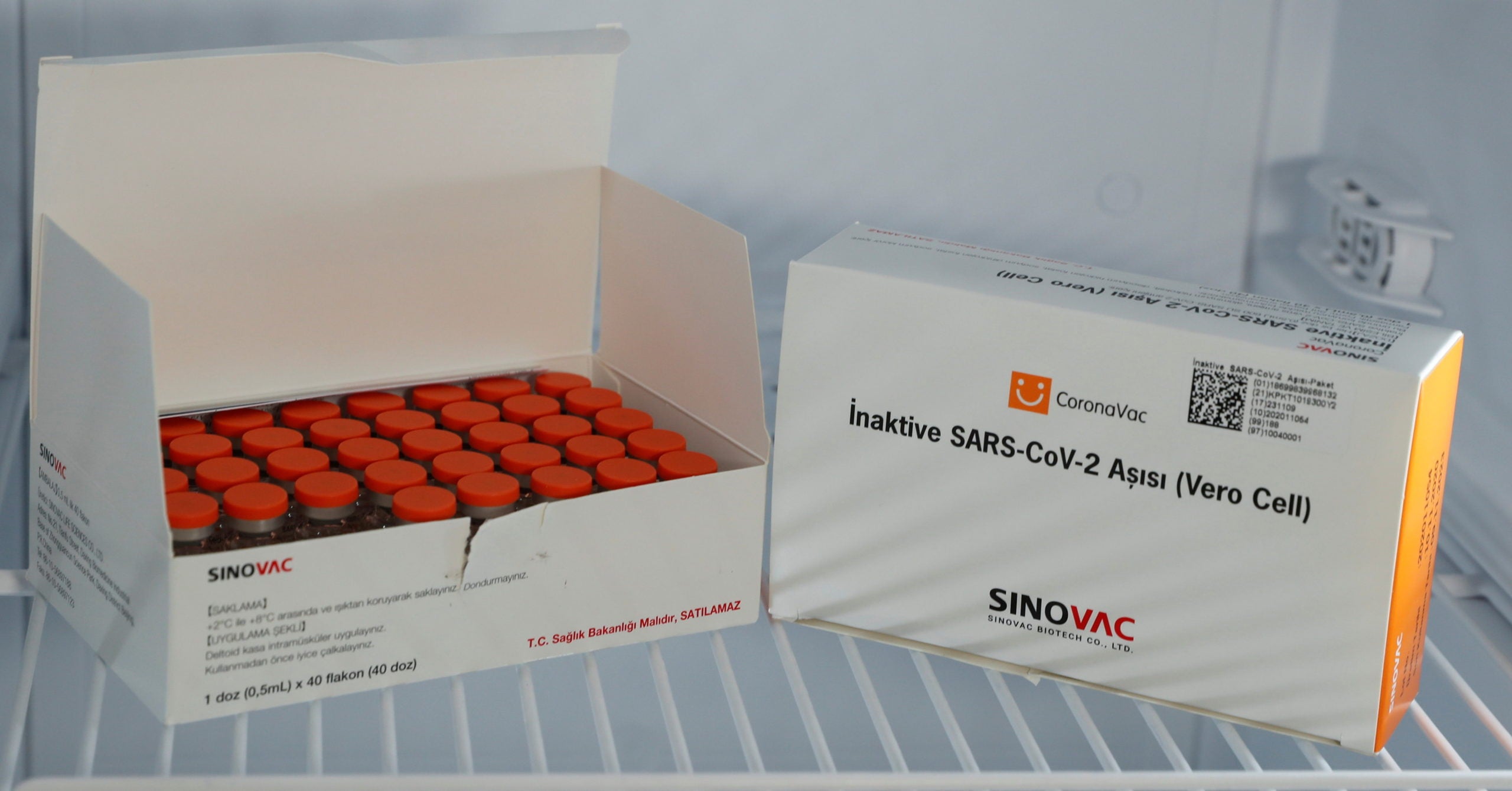 SUFFICIENT BASIS Sinovac says its trial designs are not identical among countries, but the results are sufficient to prove that the vaccine is safe and effective. —REUTERS

How effective is CoronaVac?

Researchers in Turkey said it is 91.25-percent effective. Turkish trials had included over 7,000 volunteers, but the efficacy result was based on data from 1,322 people.

Indonesia said the vaccine is 65-percent effective based on trials involving some 1,600 people.

Researchers in Brazil said it was 50.4-percent effective at preventing symptomatic infections, barely enough for regulatory approval and below the 78 percent announced a week earlier.

Brazil has run the biggest trials so far with around 13,000 participants.

What contributes to different efficacy rates?

Trial size, patient criteria, duration of postvaccination observation, target groups, prevalence of the virus in each site are among the factors that could impact efficacy, experts said.

More rampant infections in Brazil than in other trial sites and its study design to focus on medical workers could have led to more mild infections in trials, thus lowering efficacy data, a person familiar with the matter said.

The new lower efficacy finding included people with very mild symptoms who did not need clinical assistance, while the earlier reading was based on patients with symptoms that needed some assistance, Brazilian researchers said.

Brazil conducted trials with health-care workers only, while Turkey and Chile recruited both medical workers and general public, and Indonesia general public only.

Medical workers could be more alert to mild symptoms and report those more proactively than general public, which Sinovac suspects may be among the reasons behind the less robust 50-percent reading, the person said.

How experts interpret it?

Experts say it is difficult to interpret the efficacy results as the full datasets are not out.

“This highlights the problem of issuing data by press release rather than publication in a peer-reviewed journal,” Lawrence Young, a virologist and professor at Britain’s University of Warwick, said.

Paul Hunter, professor in medicine at University of East Anglia, noted the dosage interval of two weeks was very short and may have contributed to the less-than-impressive efficacy.

Sinovac said its trial designs are not identical among countries, but the results are sufficient to prove that the vaccine is safe and effective.

Jerome Kim, head of vaccine research group International Vaccine Institute, said it would be possible to combine data from multiple studies with varied trial designs but it could involve additional statistical manipulation.

“That could compromise the clean interpretation of the results, and may impact the chance for these data to be accepted by regulatory bodies.”

Indonesia and Turkey have approved the vaccine this week to begin mass inoculation, with Indonesia’s president taking the shot on Wednesday to encourage vaccinations.

President Duterte defended the country’s decision to buy Chinese-made vaccines, saying they are as good as the shots developed by the Americans and the Europeans.

In Brazil, a decision on the use of CoronaVac will be made on Saturday.

A vaccine developed by Oxford University and AstraZeneca has two different success rates.

It showed 62-percent efficacy when two full doses were administered to adult participants of all age groups, but it rose to 90 percent in a subgroup of smaller number of participants not older than 55 who were given a half-dose followed by a full dose booster.

On average its vaccine prevented 70 percent of COVID-19 cases in late stage trials in Britain and Brazil.

A vaccine developed by an affiliate of China’s state-backed Sinopharm showed 79.34 percent efficacy, lower than 86 percent announced by the United Arab Emirates based on preliminary data from trials there.