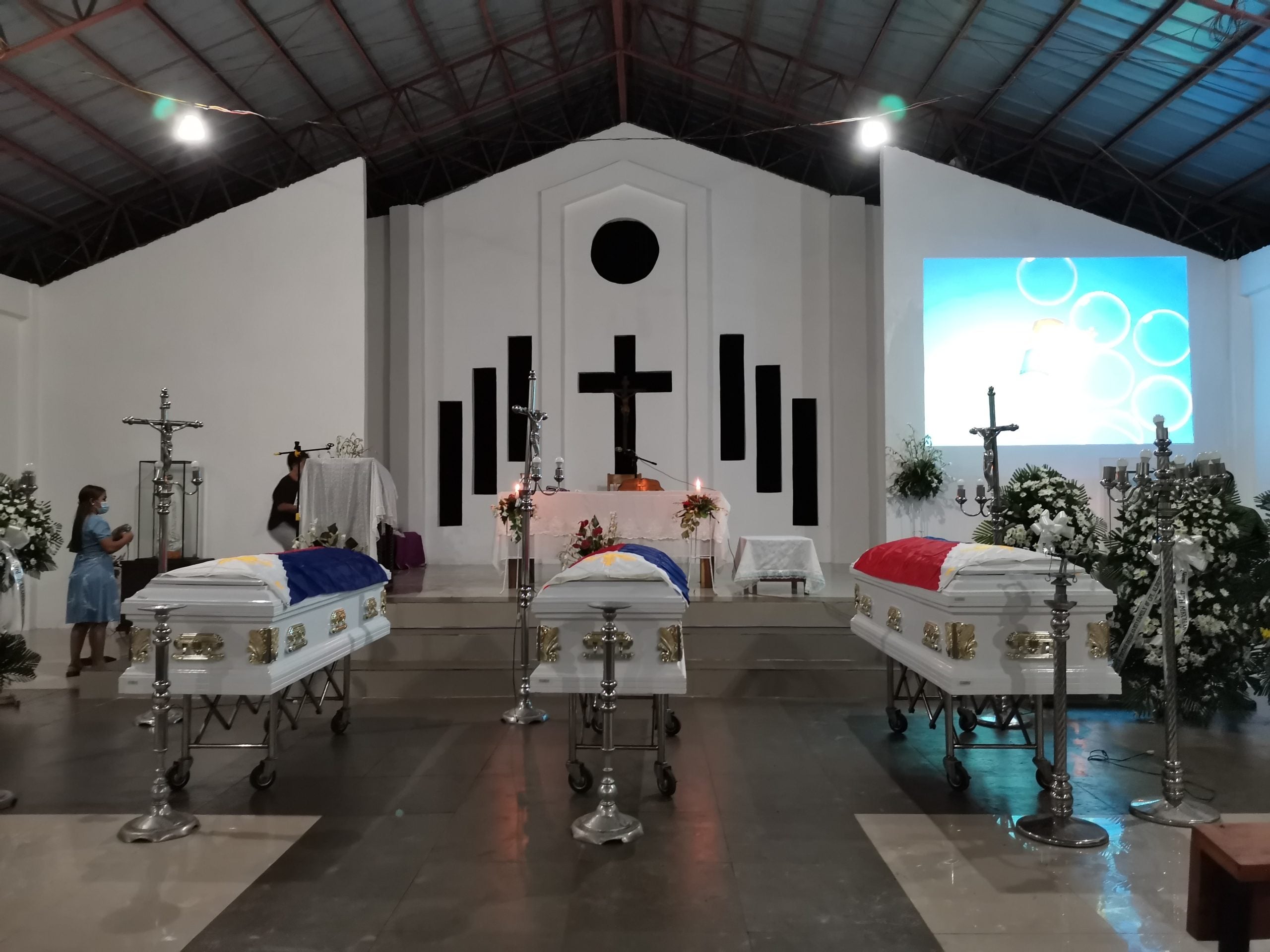 The flag-draped coffins of three Army soldiers slain in an ambush are arranged inside the chapel of the 2nd Mechanized Infantry Brigade. PHOTO BY DIVINA M. SUSON

ILIGAN CITY—The Philippine flag was flown at half staff in the camp of the Army’s 4th Mechanized Battalion in mourning for the death of three soldiers in an ambush in Poona-Piagapo town, Lanao del Norte province on Thursday (Jan. 14).

Wearing civilian clothes, the soldiers descended from their detachment in hinterland Tangclao village, each aboard a motorcycle, and were bound for Baloi town to buy food supplies when ambushed around 8:45 a.m. as they crossed Radapan River to Pantao-Ragat town, according to Maj. Salman Saad, information officer of the Lanao del Norte police office.

The slain soldiers were identified as Corporals Albert Suara and Bryan Binayog and Pfc Albert Soriano, all belonging to the Army’s 4th Mechanized Infantry Battalion.

A civilian, identified as Camilo Andog, 18, was hit in the crossfire and died instantly.

Saad said Andog was cleaning his motorcycle in the river when the ambush took place.

Witnesses said at least six gunmen also fired at a pickup truck that was following the soldiers who were crossing the river.

One of those on board the pickup, a certain Hadji Amen Sumagumba, was slightly injured as a bullet grazed his chin. He was rushed to a hospital in Iligan City for treatment.

On Friday (Jan. 15) the flag-draped caskets of the three soldiers were brought to the chapel of the 2nd Mechanized Infantry Brigade camp at the village of Maria Cristina here, for necrological services.

Their bodies will be brought to their hometowns on Saturday (Jan. 16).